By withholding the news of an pregnancy , many women grieve in private when they experience miscarriage.

Pregnancy was all Jess had ever wanted after getting married to Tom. So when the home test showed two lines, she could not contain her overwhelming joy. She knew it, she said. It was almost as if she felt the tiny being move in her belly. She didn’t mind the bloated feeling, the slight nausea that greeted her every morning, and how often she started hurling out every meal she ever consumed from then on. But she and her husband could not tell anyone—not just yet. There is a 12-week rule, and it has to be followed or else.

So when she learned her body had betrayed her and that she had suffered a miscarriage, Jess grappled with reality. She refused to open her eyes, she says. It was heartbreaking, to say the least. The physical pain was exhausting, the emotional pain, excruciating. She was weighed down by feelings of guilt and failure. There was a death, a loss, that only one person (or two) feels or even knows about. A death only the couple will truly carry and mourn, no thanks to the 12-week rule.

Any woman who has ever been pregnant is probably familiar with the 12-week rule.  It is the longstanding social convention that dictates that a woman must not breathe a word about her positive pregnancy test result within the first 12 weeks, in case something happens. Some peg it at 15 weeks.

Chrissie Mesina, RN Supervisor at Marguerite Gardens Hospital in Glendale, California, explains that the first three months or 12 weeks is a very critical stage in pregnancy. “The risk is high at this stage, that is why many people deem it better to wait past it before announcing their pregnancy,” she adds.

In other words,   pregnancy is generally kept in secrecy until it has reached the “safe zone”. Because, if anything does happen, it will most likely happen within the first 12 to 15 weeks. So you keep the good news to yourself and wait until you are showing a bit, and the baby has grown to a “safe size”.

Some women say the 12-week pregnancy rule makes the pain of miscarriage worse. Tiffany Elder, a writer and a mum who suffered a miscarriage, writes in her blog that the upside to the 12-week rule is that it allows you to mourn in private. The downside is that it implies that you have to keep your grief private. In those 12 weeks, a woman’s life changes twice—from basking in the joy of learning she is pregnant, to plummeting into the sorrow of its loss. And all without anybody knowing.

Having to “hide” your pregnancy at your workplace is stressful 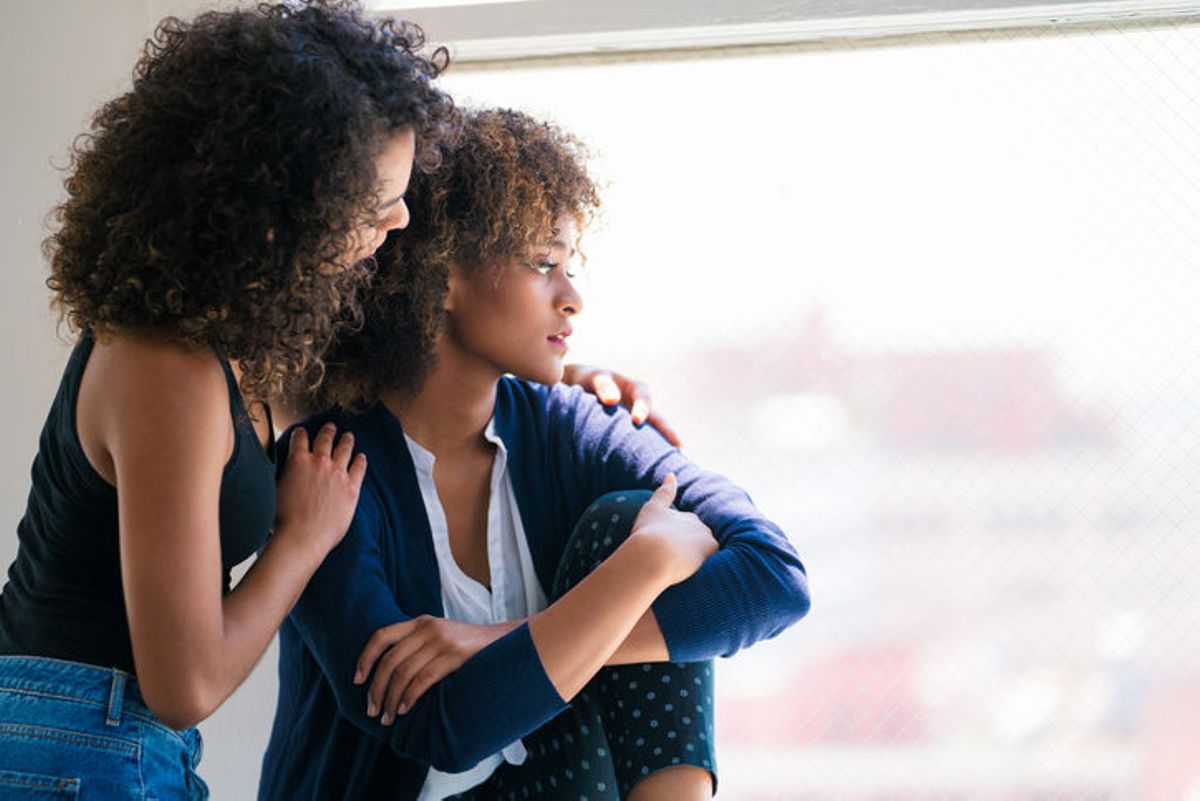 The physical symptoms that manifest in the first 6 weeks alone will tip off everyone who works closely with you. How can you not tell your boss why you keep taking bathroom breaks every half hour? Not to mention the tumult caused by the hormonal shifts pregnancy brings. The mood swings, the occasional lethargy, and everything else in between.

When a person dies, we mourn, we arrange a funeral service, we celebrate the life of a loved one who passed away as we talk about him or her. The person lived his or her life, and touched other people’s lives. Miscarriage is death before you even see this tiny being alive. This little being inside you had already altered your life in so many ways—but no one knows that but you. The 12-week rule could be an unfair assumption that women cannot be excited about a pregnancy that is not yet showing, and therefore when the pregnancy is lost, it feels improvident to mourn for it as well.

Some women (and men) choose to grieve in private, because sometimes, the pain is just too difficult to share. They’d rather keep the pain inside, rather than “say it out loud”. Others feel they cannot grieve openly because it was too early. Wouldn’t it be foolish to be sad for something you did not even hold in your arms? In other words, the world does not recognize this death as it is. With the “privacy” comes the feeling of isolation and loneliness, shame, and self-blame.

So when a pregnancy—that no one knew about—suddenly ends, who can the woman experiencing this loss  turn to? How can she even begin to explain the loss she suffered to people who had no clue about her emotional rollercoaster ride?

Should anyone dictate how you should feel, and with whom you should  share the news with when you discover the joy of having a human life growing inside you?

You do not have to grieve alone

The 12-week rule is not just an old-fashioned superstition to scare women. It should not be perpetuated as a myth, denoting that early pregnancy loss is something to hide or be ashamed of. Many are grieving in the shadows because of the 12-week rule, all because there is not enough information on why and how it came about in the first place. Everyone should understand that pregnancy is pregnancy, and loss is loss. Grief should not be determined by the stage of gestation, stresses nurse Chrissie. Any pregnancy is deeply personal. Any loss yearns for compassion. You do not have to tell, if you do not want to, just as you do not have to grieve on your own.

Miscarriage is not just a physical loss. It is impossible to dictate the level of grief a woman should feel when she loses a pregnancy as this will differ from woman to woman. But what is certain is that when a pregnancy is lost, a woman needs emotional support. Even the least emotional person needs to find a way to express what she’s feeling and thinking. Everything becomes an emotional experience after a miscarriage: taking a shower, cooking a meal, walking around the neighborhood, or just sitting on your couch in front of the TV. But, it does get better, as long as you do not allow yourself to suffer silently and in solitary all throughout.

For Jess, the physical symptoms of her miscarriage lasted weeks. Her body’s pain was made manageable with the doctor’s medical prescription. But the emotional pain she carried was excruciating and felt inexhaustible. To have kept it all to her own would have crushed her world even more. 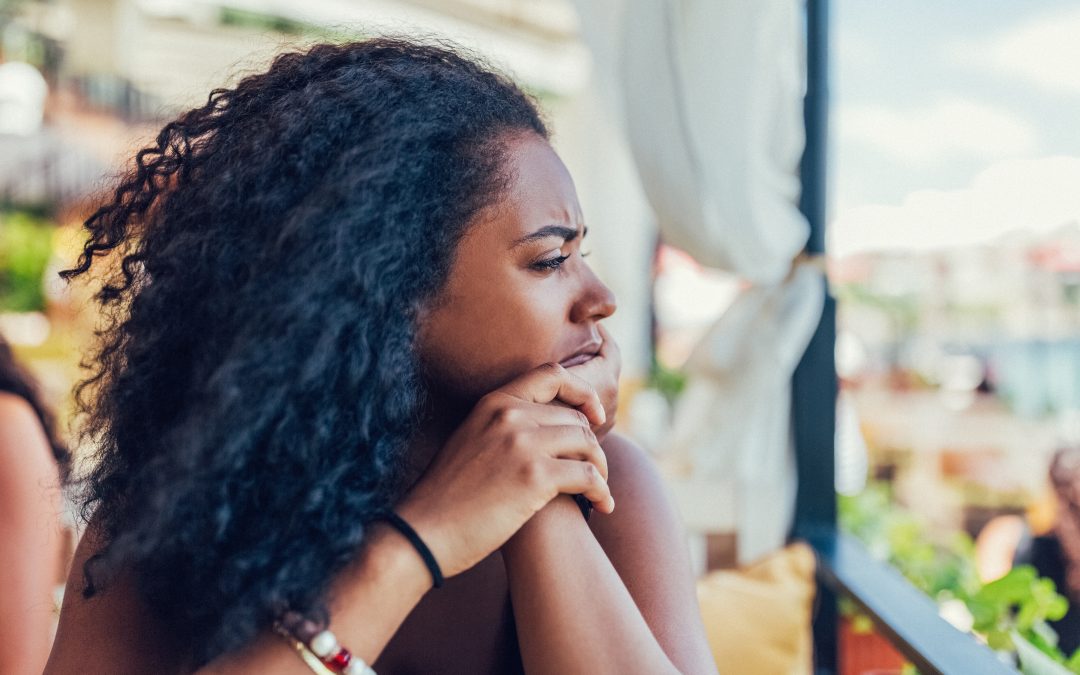 Even if some wouldn’t know what to say or would just stand there, awkwardly and trying to avoid talking about the baby or your loss, it’s okay. “Just having someone there, keeping me company, talking about the weather, helps…somehow. I don’t know how exactly, but it does,” says Jess. She said she did not want anyone near her at first. But when she started letting someone in, she discovered the healing power of ‘company’.

What we can do as a family, as a friend, is to be more encouraging, open, and empathetic. If you are not sure what to say, just be there and allow them to cry, and scream, and tell them that it is okay to feel whatever they are feeling. Tell them, “Take all the time you need.” “It is okay to grieve”, and “You do not have to do it alone”.

Sharing can be a way to heal

Being open about it allows other women who have gone through the same loss to reach out and share their story. “Talking about it with others who have experienced it gives you some grounding and a sense of belonging…a safe space to grieve and remember and be at peace with it,” shares Luisa Crespo, mum to Lucas, 11 years old, and Julianna, her little angel who was stillborn at 9 months.

Some women have found solace in joining support groups, even online. Nichola Scott  shares how the online support community, Little Angels: Love through Loss has helped her through her grief journey. Sharing her story of loss with all the other women from all over the world who had similar stories, has made her feel “stronger”, she says, as time passes. “I honestly think it saved my life,” says Nichola. “I was deeply depressed— and going to my support group here in Dubai, talking about my baby, has made me happy. I still go to every session and talk about my loss and my baby—and it somehow makes [my grief] easier to deal with.”

Alexandra Marie, founder of Little Angels, shares that what women and men fear the most is that “no one will understand.” “They cry in silence alone, afraid that people will look at them differently; afraid they will not fit in anymore because they cannot find the right way to deal with the sadness, grief and anger.” The more comfortably women can own their story, the more empowered they will feel to seek support, and no one will have to be alone for the rest of the journey.

The decision about how and when and to whom we share our experiences of fertility, pregnancy and loss should be a personal choice, not an enforced rule. Miscarriage is a sad reality. But knowing that there are women and men who bear the same pain, who live the same reality, and have survived despite of, could alleviate much of the pain.

Also read: How To Show Support To Someone Who’s Lost A Baby