A lady who probably did not communicate to a Taxify driver in advance that the trip was going to be a cashless one was allegedly pushed out of the car by the angry taxify driver while the car was speeding, leaving her seriously injured.

Reports say the incident happened in Abuja where an elderly man who saw the woman fall off the speeding Taxify rushed her to the hospital and she was admitted for treatment.

Photos of the incident show that she suffered bruises on her skin, especially the skin on her back and elbows which peeled off when she rolled along the rough road after being thrown out of the moving car.

The screen of her new iPhone which must have hit the ground also cracked as a result of the incident.

The victim’s friend who shared the story on Twitter alongside photos of the injured lady said the incident has been reported to the police for investigation. 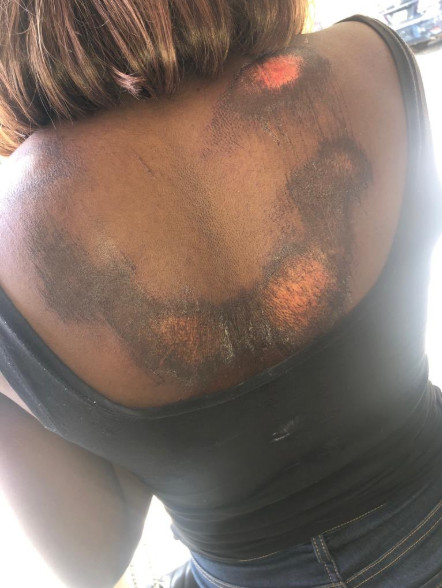