The victims of the baby factory are mostly women who were persuaded to migrate to the town in search of jobs and better opportunities.

Police in Nigeria's biggest city, Lagos, have freed 19 pregnant women and girls from a baby factory. The girls and women had come from all over Nigeria with promises of work. Lagos police revealed this on Monday. The police also found and rescued four babies at the factory.

The kidnappers abducted and forcibly impregnated most of the women, aged between 15 and 28. This was so that they would sell their babies once they gave birth. They promised the girls employment in Lagos as domestic staff. Instead, they held them in the properties and forced them into sex slavery. They also forced them to bear children, which they in turn sold. 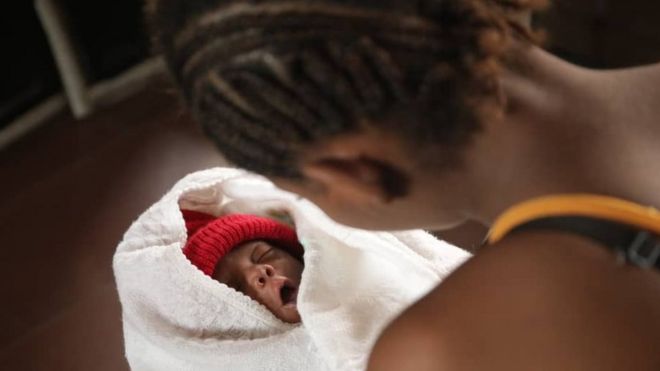 “My friend... called me to say that someone was looking for house help. I borrowed money to come to Lagos,” one of the rescued women said, according to Vanguard.

“One woman came to pick me at the park and brought me here. The next day, I was summoned by our madam, who told me that I would not leave the premises until next year.

“Being a newcomer, my customers only came at night to have sex with me.

“So far, I have slept with seven different men before I discovered I was pregnant. I was told that after delivery, I would be paid handsomely and that if I decided to leave after then, I could. My pregnancy is in its second trimester.”

"Baby factories" are most common in the eastern part of Nigeria.

"The young women were mostly abducted by the suspects to get them pregnant and sell the babies to potential buyers. The girls were tricked with employment as domestic staff in Lagos," said Lagos police spokesperson Bala Elkana.

The girls and women came to Lagos from the southern and eastern states of Rivers, Cross River, Akwa Ibom, Anambra, Abia, and Imo.

Elkana said the raid had taken place on September 19 but was a secret to enable the police to apprehend suspects.

The main suspect is still at large

The police also arrested two women aged 40 and 54 in connection with the case. The police are still looking for the third and main suspect.

One of the freed women, who did not want to be named, said her boyfriend impregnated her. But her aunt told her that she would find work in Lagos. She said a woman had induced her into labor when she was seven months pregnant.

"After being in labor for three days, that was when police raided the place and took all of them. The baby came out weak and finally died," she told Reuters.

Elkana said the state criminal investigation department would take over the case. They were also working with other agencies to resettle the women and girls and their babies.

Last week, the police rescued about 400 boys and men, some as young as five years old. Many of them were in chains and scarred from beatings. Police rescued them from a supposed Islamic school building in Kaduna.

Also read: "We Were Hung On Trees And Flogged": Children Are Being Detained As Boko Haram Suspects