Why You Should Eat More Barbecue Fish For Your Health Barbecue fish is not just good for tantalizing your tastebuds, it also has great value to your overall health. For a healthier diet, add Fish to your menu.

You may be wondering what differentiates the barbecue fish from around the world and the ones in these parts of the world. The difference is in the red appearance of the fish after the barbecuing, which is brought on by the red tatashe present in the marinade. 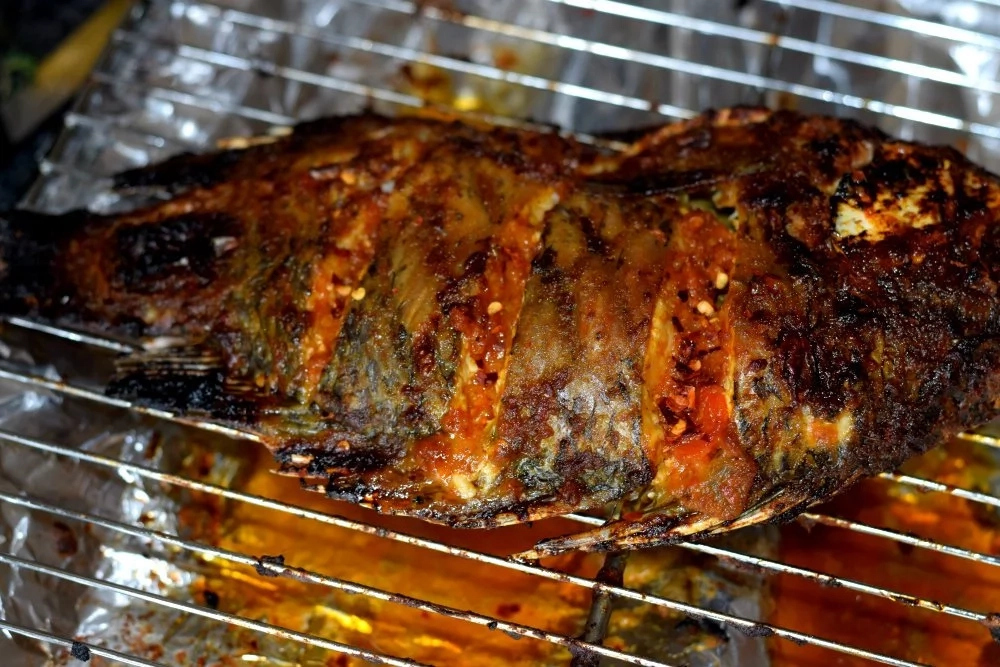 A delicious taste isn’t the only thing this barbecue fish is good for, because fish adds great value to your overall health. The American Heart Association recommends that you serve yourself fish twice per week for a healthier diet. Fish is rich in omega 3 fatty acids, which are known for lowering blood pressure and improving brain function. Also, fish contains other vitamins and minerals such as phosphorus, calcium, iron, zinc, iodine, magnesium, and potassium. What better way to smuggle in some more fish into your body and let your precious heart and brain thank you later than the delightful fish barbecue?.Find the complete recipe below:

You can also prepare the fish barbecue with an oven if you happen to not have an open grill. But if it’s too much work for you you can always eat out. For people in Lagos, there are awesome places like Cubana Hut and Grill, The FishLady, and the Fish Palace Bar. While for people in Abuja, you can eat out at Zander’s Palace, Grill In and Out Restaurant, and Obudu Grill.

Read also: Four fish you should include in your diet