Queen Of Katwe Actor, Nikita Pearl Waligwa, Dies Of A Brain Tumour At 15 Our hearts were stolen by the little smart girl who taught Phiona how to play chess. Losing her at such a young age to a brain tumour is truly a tragedy.

Nikita Pearl Waligwa, the Ugandan child actress, passed away on Saturday at a hospital near the Ugandan capital, Kampala. The 15-year old starred in the 2016 film Queen Of Katwe, a Disney movie that follows the extraordinary life of a local chess player. Gayaza High School, the Secondary School she attended since 2018, revealed that the young actress died of a brain tumour. In the wake of this heartbreaking news, this article will focus on brain tumour causes, symptoms, treatment and every other thing you need to know.

A tumour is a mass formed when abnormal cells build up. The cells in your body are supposed to age, then die and be replaced by new ones, but when this cycle is interrupted the result is a tumour. Unlike the normal cells, these tumour cells refuse to die and instead continue to grow, even though your body doesn’t need them. As time goes on, more cells keep adding to the mass, making the tumour grow bigger. So when something like this grows anywhere in your brain, it is known as a brain tumour.

Fortunately, a brain tumour isn’t something that happens very often. According to the American Cancer Society, people have less than a 1 per cent chance of developing the serious version of a brain tumour in their lifetime. Sadly, Waligwa was reportedly diagnosed with a brain tumour in 2016 and then she was cleared in 2017 before another tumour was discovered in 2019. According to local media reports, she had been in and out of the hospital and had previously received treatment, including surgery in India.

The teenage actress, who played the role of Gloria, a younger friend of the main character in Queen of Katwe, was described as “a darling to many” by her high school on Twitter. “No words can explain the pain at the moment,” the tweet added. 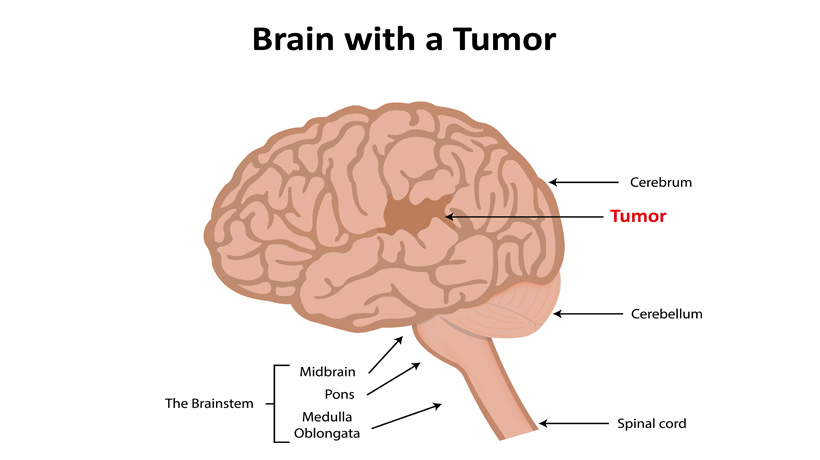 What are the risk factors of a brain tumour?

Factors that can increase your chances of getting a brain tumour include a family history of brain tumour and exposure to high doses of radiation. Also, cancers (tumours) are known to have the ability to spread to other parts of the body, which means a tumour in another part of your body could spread to your brain. These other cancers include:

Other causes of tumours include: 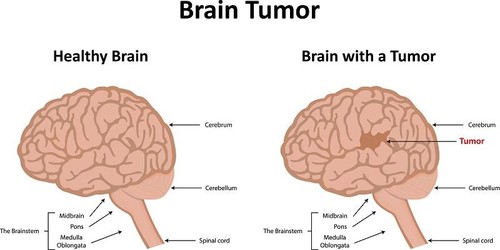 A healthy Brain vs A brain with a tumour

More than 120 kinds of brain tumours exist, with so many subtypes. Different doctors may refer to the same tumour with different names since there’s no set standard for naming them according to type.

There are also types and grades of brain tumours. Classifying a brain tumour type depends on where the tumour is located in your brain. While the stages, ranging from 1 to 4, are an indication of how fast the tumour is growing, with 4 being the fastest. 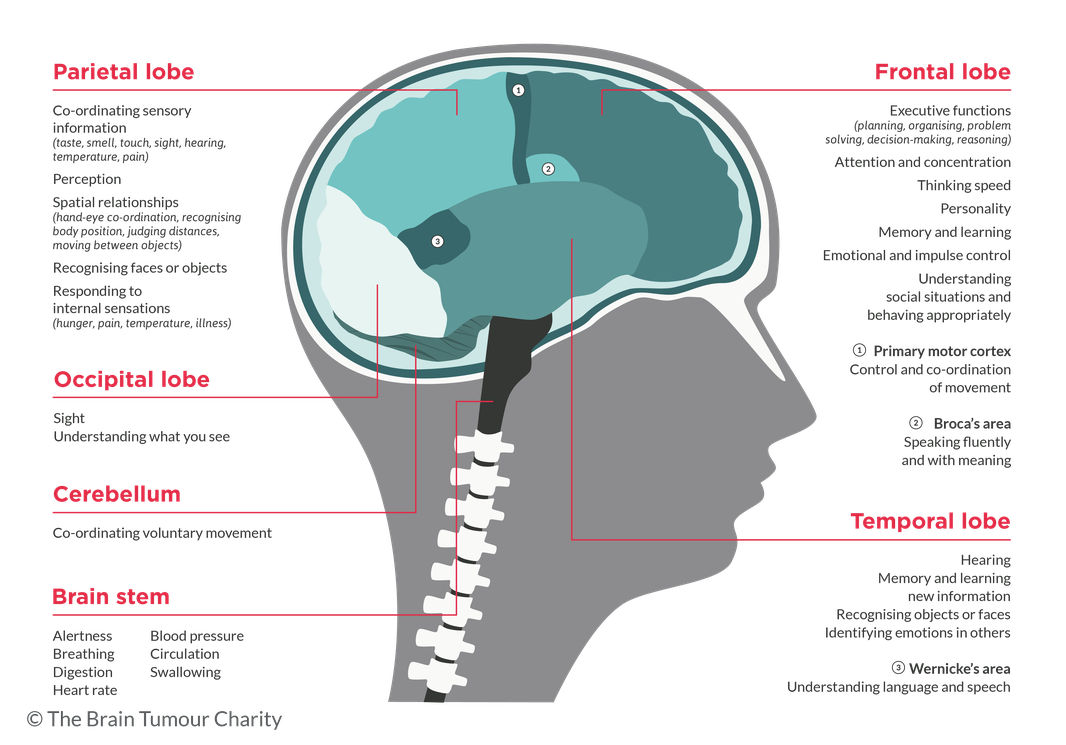 Brain tumour symptoms depend on the size and position of the tumour in the brain. However, a combination of a few of the symptoms you will see below shouldn’t scare you. This is because the same symptoms can be caused by other less severe conditions. To be sure, see your doctor for the correct diagnosis. Below are some of the general symptoms of brain tumour:

How can a brain tumour be treated? 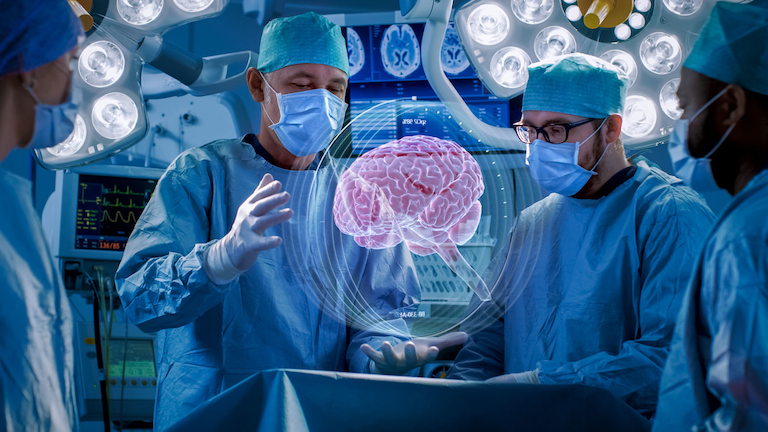 Surgery can be used to remove a tumour in your brain, but that’s not always possible. This is because some brain tumours are located in very sensitive areas of the brain, which makes it hard to reach. In cases like this, the tumour is deemed inoperable.

Your doctor may administer chemotherapy drugs orally or through the vein to help destroy the cancer cells and shrink the tumour in your brain. Sometimes, radiation therapy can be used to kill cancer cells and tumour tissues that cannot be removed surgically.

The doctor might recommend the kind of drugs that are produced from living organisms to help restore your body’s defence against the tumour. These kinds of drugs provide support to enable your body to fight the brain tumour.

Afterwards, you may go through rehabilitation if the tumour has affected your ability to speak, walk or do other daily activities.

Also read: The most common of all symptoms of ovarian cancer in women