At Kenya's first breast milk bank, women wait to help infants whose mothers couldn't feed them by donating some of their own milk.

Five mothers sat in a bright blue room in Kenya’s largest maternity hospital waiting to pump breast milk. But not for their own newborns. This happened at Kenya's first breast milk bank. There, the women were waiting to help infants whose mothers couldn't feed them by donating some of their own milk. 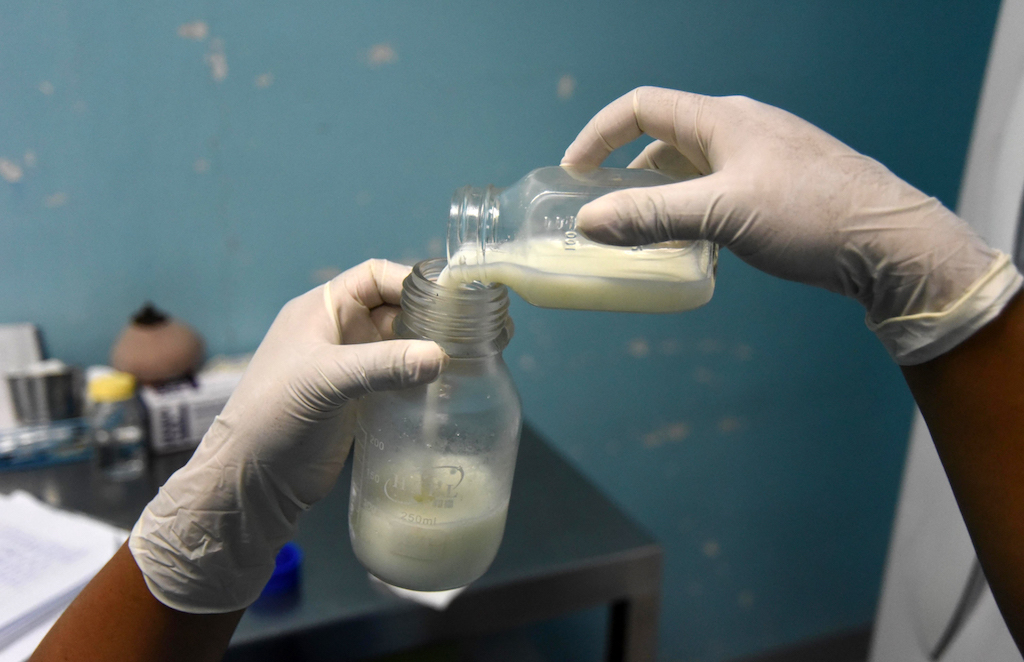 Antibody-rich breast milk helps premature and sick babies recover faster. Although infants benefit most from their own mother's milk, milk from donors - if safely collected and pasteurized - is a good alternative. This is according to the American Academy of Paediatrics.

Six months ago, the Ministry of Health and the African Population and Health Research Centre set up Kenya's first breast milk bank at Nairobi's Pumwani Maternity Hospital. The project is a pilot to see if similar banks can be set up elsewhere in the country, said Elizabeth Kimani-Murage of the research centre.

So far, 75 infants have received nutrient-rich breast milk from about 400 donors. Their mothers were either absent, ill, unable to lactate, or with substance-abuse problems, said Faith Njeru, the unit's head nurse.

First, Njeru and her team had to make people comfortable with the idea of milk donation. There are milk banks in South Africa, Mozambique, and Cape Verde but many Kenyans had not heard of the idea.

Women Respond To News Of The Breast Milk Bank

Evelyn Wawira thought the idea was strange when she first heard of it during her pregnancy with her second son.

"Here, breastfeeding somebody else's baby is not heard of," she said. "You have your reservations – is it safe? Is it possible?"

But then Wawira realized she could help save a life by pumping milk for the bank while also feeding her newborn son.

"They're just babies!" she said over the whirr of the unit’s electrical breast pumps. "It's not their fault they don't have milk ... As long as the baby can have it and it will save his life, why not?"

Women like Sarah Wanjiku are grateful. Her baby Rose was born prematurely, like nearly 200,000 Kenyan infants each year, according to Save the Children. Sarah wasn't able to produce milk so she turned to donations after learning of the potential health benefits.

Now the team hopes they can help save more Kenyan babies.

Some Benefits Of Breast Milk To Newborns

Breast milk provides optimal nutrition for babies. It has the right amount of nutrients, is easily digested and readily available. Here are some benefits of breast milk to babies: