It is possible to have your breasts express some liquid during your reproductive years. Sometimes, it's even normal, like when you're pregnant or when you've had a baby and you're breastfeeding. But there are other times that your nipples may discharge fluid, and it is abnormal, or the result of an underlying condition. In essence, we're saying that there are causes of nipple discharge that you should know and watch out for.

To this effect, we have outlined some of these causes of nipple discharge below. Have a look!

See These Causes Of Nipple Discharge You Should Watch Out For

Women have several reasons why their nipples may secrete fluid. One of the most common causes of nipple discharge in women is the fluid that leaks from a woman's breasts when she stops breastfeeding. sometimes, it can go on for as long as 2 or 3 years after breastfeeding has stopped.

Discharges from the breasts are quite normal in pregnancy. First, when colostrum comes in, and then after the baby is born. Colostrum, the first secretion from the mammary glands after giving birth, usually appears thin and light-yellow in color and turns thicker and milky white later on.

Your nipple ducts can become inflamed or irritated from excess stimulation during sex. According to research, rough clothing or even a tight bra could also cause inflammation. And all of this can cause your nipples to discharge fluid.

There's a breast infection known as mastitis. It causes the nipple to discharge pus-like yellow-green fluid along with a fever, pain, and breast tenderness. Also, breast or nipple abscesses cause nipple discharge. The discharge is similar to mastitis and smells bad too. A breast abscess is a localized area in which the body has "walled off" an infection. 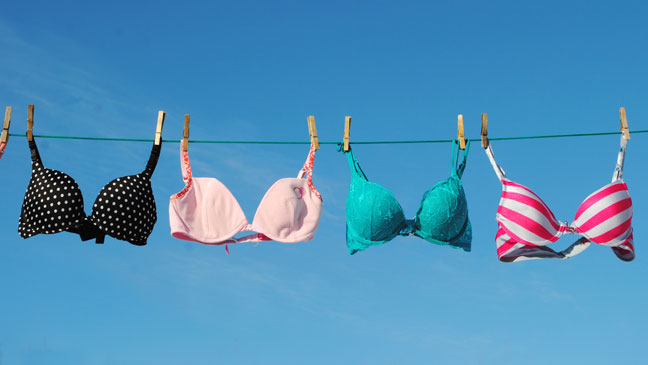 Blocked milk ducts are also called mammary duct ectasia; it is is a condition you'll most often find in women nearing menopause or after menopause. When your breast ducts widen and become clogged with thick discharge, doctors will diagnose blocked milk ducts. The discharge can be green, brown, or even black, and very thick and cheese-like. Nipple tenderness and redness are some other symptoms of this condition. Mammary duct ectasia usually goes away in time, but sometimes treatment will involve surgery.

Sometimes, women who are not breastfeeding get a milky discharge, as if they were breastfeeding. It could also happen to men or even young children. It is called Galactorrhea, and most often it is the result of increased levels of prolactin in the blood. Prolactin is a hormone secreted by the pituitary gland that's involved with breast development and breastfeeding.

These are usually benign growths that, by and large, involve only a single duct. They are most common in pre-menopausal women and often cause a clear or bloody discharge. You may feel a lump on the nipple, but it's often not tender.

Some medications can also cause nipple discharge.

Use of the drugs cocaine and marijuana can also cause nipple discharge.

Generally, if you're not pregnant and your nipples are discharging fluid, you need to see your doctor.

Your physician will give you a clinical breast exam, ask about your personal medical history, and probably order a mammogram and ultrasound to look for the source of the discharge. Ultrasound is very useful at evaluating causes of nipple discharge. Your physician may also order a ductogram, which involves the instillation of dye into the discharging duct to visualize the interior. In some cases, a biopsy will be performed. For patients who are not pregnant but do have a copious milky discharge from both breasts, blood will be drawn to measure prolactin levels.

Also read: 7 Causes of itchy breasts all women should know