COVID-19: Deadly Coronavirus Gets New Name From WHO COVID-19 stands for the coronavirus disease that was discovered in 2019.

It's official that the coronavirus gets a new name. Last week, the World Health Organization (WHO) announced the official new name of the disease caused by nCoV2019 (2019 novel coronavirus). It's the new strain of coronavirus that originated from China and has killed about 1,017 people worldwide. This virus has also infected over 43,000 people worldwide.

The disease will now be called COVID-19, according to the WHO. The organization gave a number of reasons as to why it chose that name.

WHO Gives Reasons Why Deadly Coronavirus Gets New Name 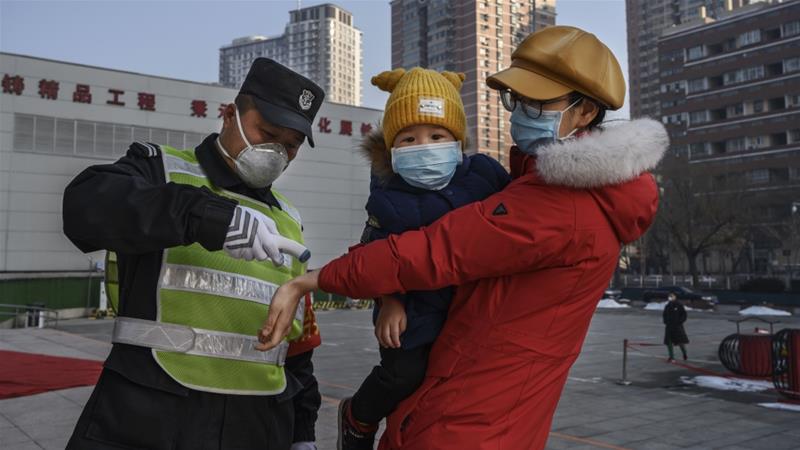 The World Health Organization announced the name on Tuesday, saying it was careful to find a name without stigma.

"Under agreed guidelines between WHO, the @OIEAnimalHealth & @FAO, we had to find a name that did not refer to a geographical location, an animal, an individual or group of people, and which is also pronounceable and related to the disease," said Dr. Tedros Adhanom Ghebreyesus, Director-General of the WHO.

It's also easy to pronounce, he added.

Naming an illness is not as easy or as straightforward as it might appear. The original name was nCoV-2019, which stood for novel coronavirus, discovered in 2019. It's like naming a child "son born in 2019."

There are many different kinds of coronaviruses. Some cause mild illness, such as the common cold. Others cause deadly respiratory diseases, as  COVID-19 has made us see. By Tuesday afternoon, COVID-19 had claimed the lives of more than 1,000 people, nearly all of them in China.

The name of a deadly disease has the potential to have an impact on a country or a community politically, economically and socially.

Coronavirus gets new name to guard against incidences of racism against the Chinese.

“Having a name matters to prevent the use of other names that can be inaccurate or stigmatizing. It also gives us a standard format to use for any future coronavirus outbreaks,” said Ghebreyesus.

The virus supposedly originated in the city of Wuhan in China; which led to it being frequently named the “Wuhan coronavirus,” or “Chinese coronavirus.” But neither of these are official names and some believe they may have contributed to discrimination against Chinese people.

Chinese communities from around the world have reported racist incidents and dramatic impacts on their business; including Chinese restaurants all over the U.S.

According to Forbes' website, in the U.K., which currently has 8 confirmed cases of COVID-19, there have been numerous reports of racist incidences against Chinese and other Asian people. Also, in Australia, the chief medical officer urged an end to racist attitudes towards Chinese-Australians. This was after Chinese businesses reported a steep loss in takings and Sydney’s Chinatown was reportedly deserted on Saturday.

In Toronto, Canada, restaurant owners have reported up to a 30% reduction in their business; even though Canada has only 7 confirmed cases of COVID-19 and only 3 of them in Ontario.

By renaming the disease to COVID-19; the WHO hopes to de-stigmatize its association with the city of Wuhan and the people who live there. Because WHO understands that the name of a deadly disease impacts a country or a community politically, economically and socially.

Scientists Are Working On A Vaccine For COVID-19

The WHO chief said they chose the name to avoid references to a specific geographical location, animal species or group of people; in line with international recommendations for naming aimed at preventing stigmatization.

Referring to some governments' counter-terrorism measures, Tedros said: "To be honest, a virus is more powerful in creating political, economic and social upheaval than any terrorist attack.

"A virus can have more powerful consequences than any terrorist action. If the world doesn't want to wake up and consider this enemy virus as Public Enemy Number 1, I don't think we will learn from our lessons," Tedros said.

"The first vaccine could be ready in 18 months. So, we have to do everything today using the available weapons to fight this virus while preparing for the long term using the preparations for the vaccines," Tedros said.

"If we invest now ... we have a realistic chance of stopping this outbreak."

Also read: Breaking! Egypt Confirms It Has The First Case Of Coronavirus In Africa