Does Flour Go Bad? Here's What A Nutritionist Wants You To Know your old flour is probably expired

Despite the persistence of the low-carb trend, baking seems to be a more popular hobby than ever. (I mean, have you seen all of the DIY sourdough posts on Instagram?) If you're pulling your flour out from the back corner of your pantry, though, you've gotta wonder: Does flour go bad? Is it okay to bake with that bag that's been sitting around for ages?

Considering it is the base of pretty much every baked good out there; from bread to cake to biscuits to pasta it's a valid question. And, sadly, it actually has a shorter shelf life than you think. In other words: Yes, flour can go bad, says nutritionist Molly Knauer, RD, advisor for Love Wellness.

Thing is, you likely won't know if your flour is expired just by looking at it (it doesn't get mouldy or stinky right away). Plus, if you store your flour in some sort of container, you can't exactly see the expiration date on the bag.

Before busting out your measuring cups and firing up the oven, here's everything you need to know about when flour expires, how to store it properly, and more.

What is the typical shelf life?

The good news: Regular all-purpose flour lasts a very long time; one year at room temperature and two years in the fridge or freezer, Knauer says. Same goes for other white ones; like self-rising flour, white bread, and white cake flour "white" or processed flours made from starches like potato or tapioca.

Whole-wheat flour, on the other hand, actually has a shorter shelf life. The reason: Whole-wheat flour still contains the grain's bran and the germ, which are rich in fibre and other nutrients but spoil faster. As a result, whole-wheat flour keeps for up to three months at room temperature, and up to a year in the fridge or freezer. Same goes for oat flour and other whole-grain flours.

What about high-fat ones, like almond and coconut flour? 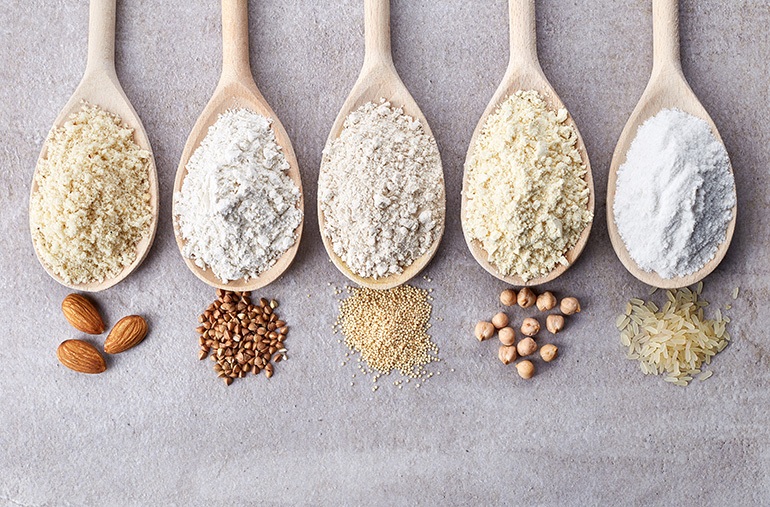 Unfortunately for all you paleo bakers out there, the fat in popular alternative flours like almond flour and coconut flour makes them spoil more quickly than starchy flours.

Almond and coconut flours have a shelf life of just three months at room temperature and six months in the fridge or freezer, Knauer says. The same goes for other nut flours, and finely ground seeds (like flax).

What's the proper way to store it?

Like many pantry staples, flour lasts longer if it's not exposed to circulating air.

The best way to extend the shelf life is to store it in an airtight container or sealable freezer bag at room temperature, or, even better, in the fridge [or freezer], says Knauer. Colder temperatures literally slow down molecules, which slows the breakdown (and eventual spoilage) of food.

Since it needs to be at room temperature when you need it (because #bakingscience, guys), store enough for regular use in your pantry.

If you have more flour than you'll use within its shelf life, though, store some in an airtight container or bag in the fridge or freezer. Just be sure to take it out and let it come to room temperature before you use it, Knauer recommends.

How can you tell if the flour has gone bad? 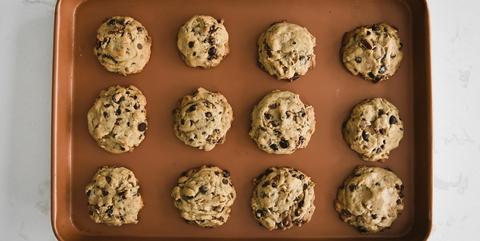 First things first: Every bag of flour has a use-by or expiration date printed on it. If you're transferring it to an airtight container before stashing it away, label your container with that expiration date before throwing away the original packaging.

Beyond that, there's one simple way to tell if it is beyond its expiration date: Smell it!" says Knauer.

"Flour should have no smell, or a minimal nutty or sweet smell, she says. When it has gone bad it has a more sour or playdough-like smell. (Ew.) Though the scent is typically fairly subtle, you should be able to pick up on it.

Pro tip: Make a habit of smelling it as soon as you open it, so you know what it's supposed to smell like. That way it'll be easier to tell when it smells off.

So, can eating expired dough make you sick?

Raise your hand if you're reading this and thinking, Oh no, I've been baking with flour that's been in my cabinet for years!

If so, don't worry. Eating expired flour generally doesn't have significant consequences. Most of the time, nothing happens other than that your baked goods don't taste good, Knauer says.

However, there is a small chance that eating expired dough might make you sick. If rancid flour contains large amounts of mycotoxins, it can make you sick, explains Knauer. ( Mycotoxins are toxic compounds produced by certain kinds of mould.)

Luckily, with that much mould it would likely have a strong sour smell that would hit as soon as you opened the container, so you'd probably chuck in pretty quick.

The bottom line: It has a long shelf life (one year at room temperature) and should be stored in airtight containers. The spoiled dough will smell slightly sour, but eating it typically doesn't cause any real harm.

This article is published with permission from PulseNG

Also read: 10 Nutritious Snacks That Can Boost Your Kids' Height