10 African Folktales And Stories For Children How did the tortoise break its shell? The answer is in an African folktale.

There's an African quote that says: "If the lion doesn't tell his story, the hunter will." Nothing could be more profound. In our world today, we're all embracing the Western culture, Western books, and Western stories; and so are our children. Sadly, it doesn't leave much room for our children to get intimate with our culture, our folktales, and our stories.

Jimi Solanke's StoryLand and NTA's Tales By Moon Light are all faint blips on the pages of fading history. But it shouldn't be so. It is our responsibility as parents to teach our children our folktales and songs; telling them the stories we were told when we were young.

There are over 3,000 different ethnic groups speaking more than 2,100 different languages in all of Africa. Surely, there are a plethora of stories, songs and folktales that your kids will enjoy and even learn something from. We have curated 5 African folktales to share with them, have a look!

5 African Folktales Your Kids Will Enjoy

The Tortoise with a Pretty Daughter

Now the tortoise was looked upon as the wisest of all beasts and men, and he had a beautiful daughter. This king had a son named Ekpenyon, to whom he gave fifty young girls as wives, but the prince did not like any of them. The king was very angry at this and made a law that if any man had a daughter who was finer than the prince's wives, and who found favour in his son's eyes, the girl herself and her father and mother should be killed.

The tortoise had to devise a means to keep his daughter alive, and she ended up marrying the prince.

Long, long ago, Olorun, the sky god, lowered a great chain from the heavens to the ancient waters. Down this chain climbed Oduduwa, Olorun's son. Oduduwa brought with him a handful of dirt, a special five-toed chicken, and a palm nut. He threw the dirt upon the ancient waters and set the chicken on the dirt. The chicken busily scratched and scattered the dirt until it formed the first dry earth. In the centre of this new world, Oduduwa created the magnificent Ife kingdom. He planted the palm nut, which grew into a proud tree with 16 branches, symbolizing the 16 sons and grandsons of Oduduwa.

Oduduwa was the first ruler of the kingdom and the father of all Yorubas. Over time he crowned his 16 sons and grandsons and sent them off to establish their own great Yoruba kingdoms. As descendants of the sky god, these first Yoruba rulers and their direct descendants were divine kings. Only they could wear special veiled crowns that symbolized their sacred power.

The African Folktales Continue Below

The Elephant Tusk Of Benin 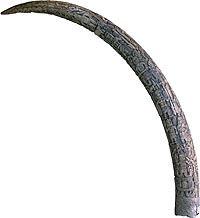 In the 16th century, the oba of Benin died without any heirs, and the once-powerful kingdom of Benin was plunged into a century of chaos. A series of kings claimed the right to rule but failed to hold the kingdom together. Rebel chiefs fought to gain control of the weak kingship. Then a wise oba restored order to the kingdom, but not without making enemies.

Iyase n'Ode (ee-YAH-say en Oh-day), a particularly ambitious town chief and one of the oba's two military commanders, rebelled against the oba. The evil chief continued to make trouble in the kingdom by siding with the jealous rival brother of the next ruler, Oba Akenzua.

Iyase n'Ode was extremely powerful because he could turn himself into an elephant. It took the strength and wisdom of another military commander, the Ezomo Ehenua to finally defeat Iyase n'Ode and save the kingdom. In honor of this victory, Oba Akenzua I made the title of ezomo, or palace chief, hereditary. Today, Benin ezomos proudly trace their heritage to the historical hero Ezomo Ehenua.

Why The Cheetah's Cheeks Are Stained (A Traditional Zulu Story)

Long ago a wicked and lazy hunter was sitting under a tree. He was thinking that it was too hot to be bothered with the arduous task of stalking prey through the bushes. Below him in the clearing on the grassy veld there were fat springbok grazing. But this hunter couldn't be bothered, so lazy was he! He gazed at the herd, wishing that he could have the meat without the work, when suddenly he noticed a movement off to the left of the buck.

It was a female cheetah seeking food. Keeping downwind of the herd, she moved closer and closer to them. She singled out a springbok who had foolishly wandered away from the rest. Suddenly she gathered her long legs under her and sprang forward. With great speed she came upon the springbok and brought it down. Startled, the rest of the herd raced away as the cheetah quickly killed her prey.

The hunter decided he would steal the cheetah's three cubs and train them to hunt for him. When the mummy cheetah found her babies missing, she began to cry. It is those tears that stain the cheetah's face to this day.

Why The Sun And The Moon Live In The Sky

Why the Sun and the Moon Live in the Sky is an authentic legend of Eastern Nigeria which tells the story of the old friendship of the sun and the moon, who live on land, and the sea, who lives with his numerous and varied people in the water.

Many years ago the sun and water were great friends, and both lived on the earth together. The sun very often used to visit the water, but the water never returned his visits. At last the sun asked the water why it was that he never came to see him in his house, the water replied that the sun's house was not big enough, and that if he came with his people he would drive the sun out.

He then said, "If you wish me to visit you, you must build a very large compound; but I warn you that it will have to be a tremendous place, as my people are very numerous, and take up a lot of room." The sun agreed, but when the water came in, the water very soon overflowed the top of the roof. And so the sun and moon had to go up into the sky, where they have remained ever since.