Some women believe there are some foods to eat to induce labour naturally. We've compiled a list of some of these foods. Ultimately,you'll need to run them by your doctor.

While there has not been enough research supporting the theory that any foods can induce labour, many women swear by certain foods that have helped them start labour. Here, we look at some of the foods to eat to induce labour naturally that women have commonly claimed to have helped them. So if you're in the final lap of your pregnancy, and the baby hasn't come, here are some foods to take to induce labour naturally. You're welcome to try them after your doctor gives you the okay of course.

Check Out These Healthy Foods To Eat To Induce Labour Naturally 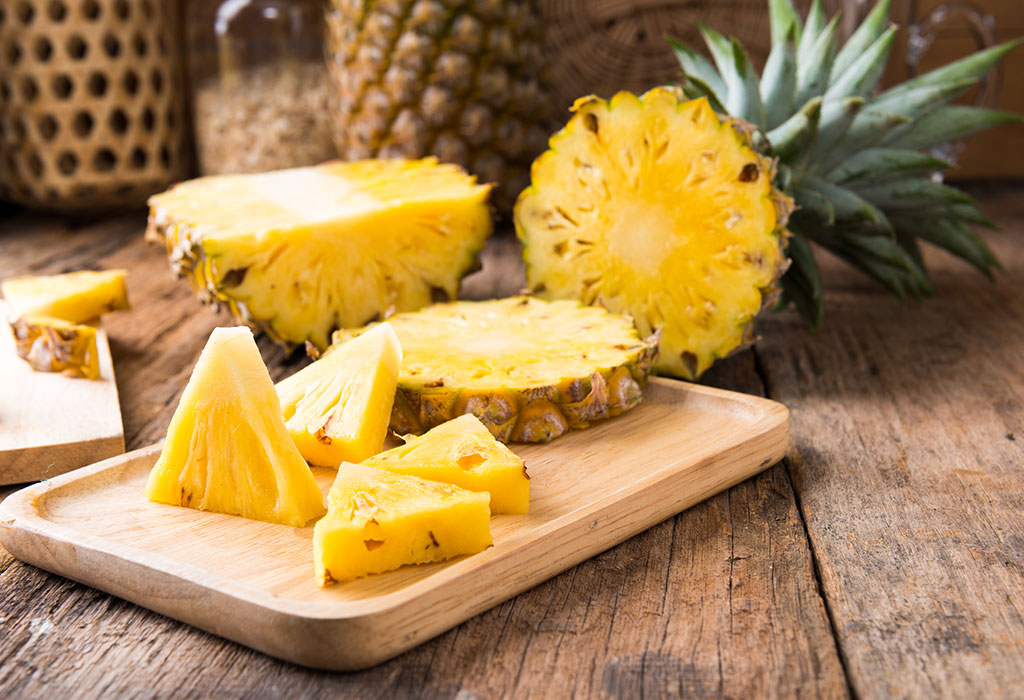 According to some women, pineapple is the way to go. But this too, has never been proven. The proteolytic enzyme found in fresh pineapple, bromelain, can soften the tissue surrounding the cervix. But whether or not that could actually induce labour remains to be seen. And you would have to eat lots of pineapple to get lots of bromelain in your system. But it's worth a try, if you're up for it. 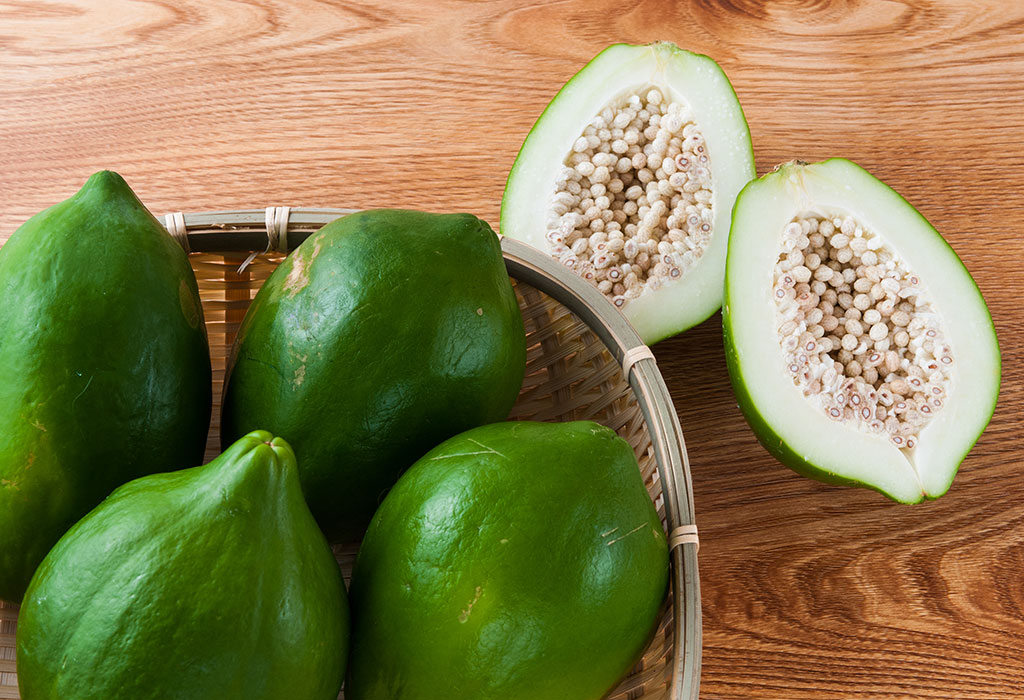 Raw green papayas are abundant in the enzyme Papin. Papaya leaves contain latex, which acts as prostaglandin and oxytocin and can help start contractions. The more the papaya ripens, the more papin is lost which is why consuming a ripened papaya will not have any effect when it comes to inducing labour. 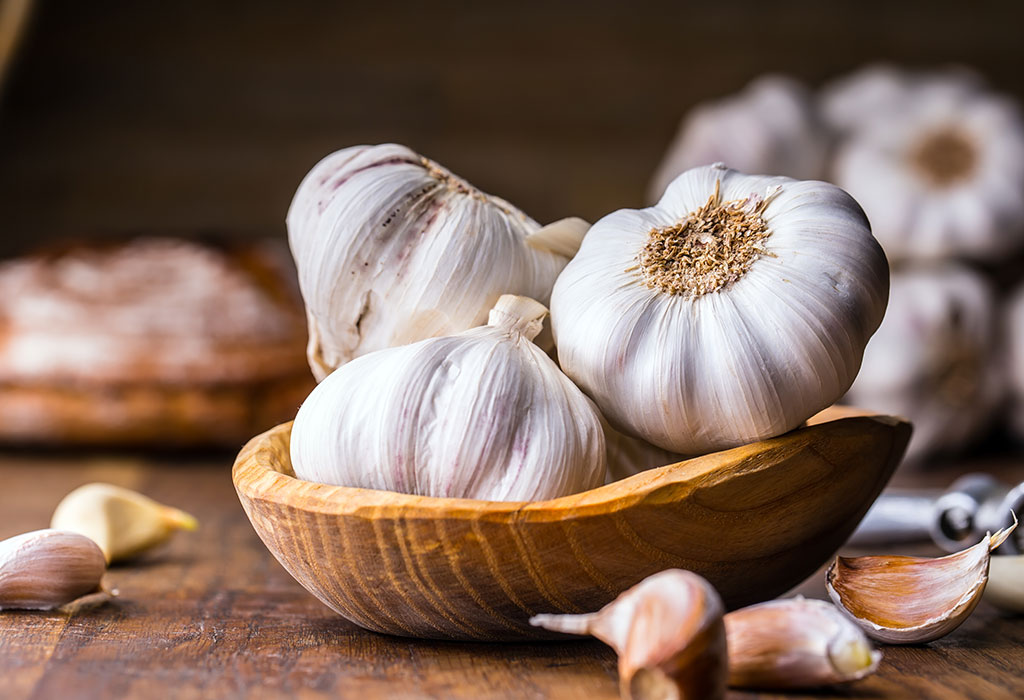 Garlic stimulates the bowels, helping empty them out which can help in starting labour. It is one of the most popular foods to induce labour. 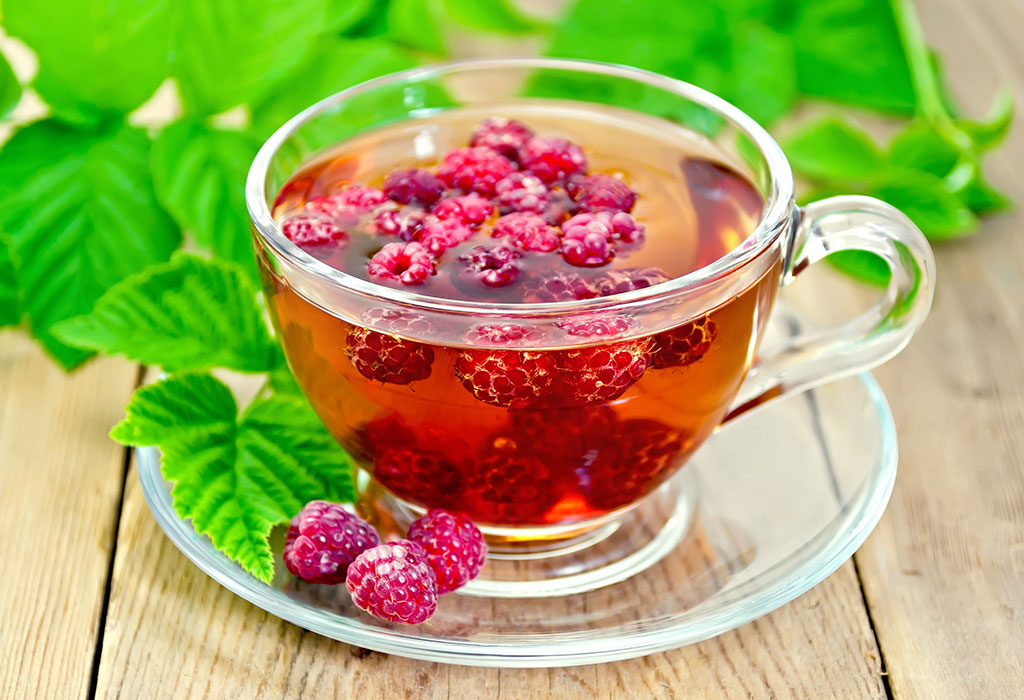 Red raspberry tea, which is believed to tone and strengthen the uterus,  is also said to produce contractions in the muscles in the uterus. If you drink red raspberry leaf tea every day from your thirty-second week of pregnancy, you will reduce the chances of post-term pregnancy. 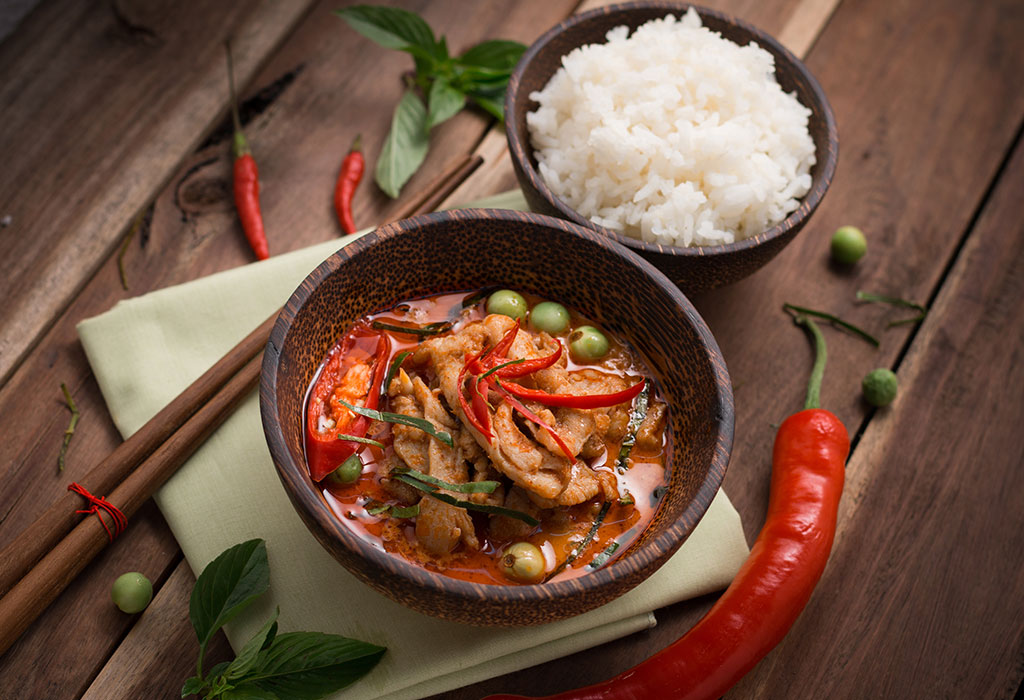 While it is quite common for expectant mothers to eat spicy food to induce labour, it is something that mothers-to-be should avoid if they want to have a natural and pain-free birth.

When a baby is born naturally, the pressure released as the baby is going down the birth canal releases endorphins, which helps relieve pain. Certain spicy foods release capsaicin which can work against the body during labour as it counteracts the natural endorphins that the body produces during labour. 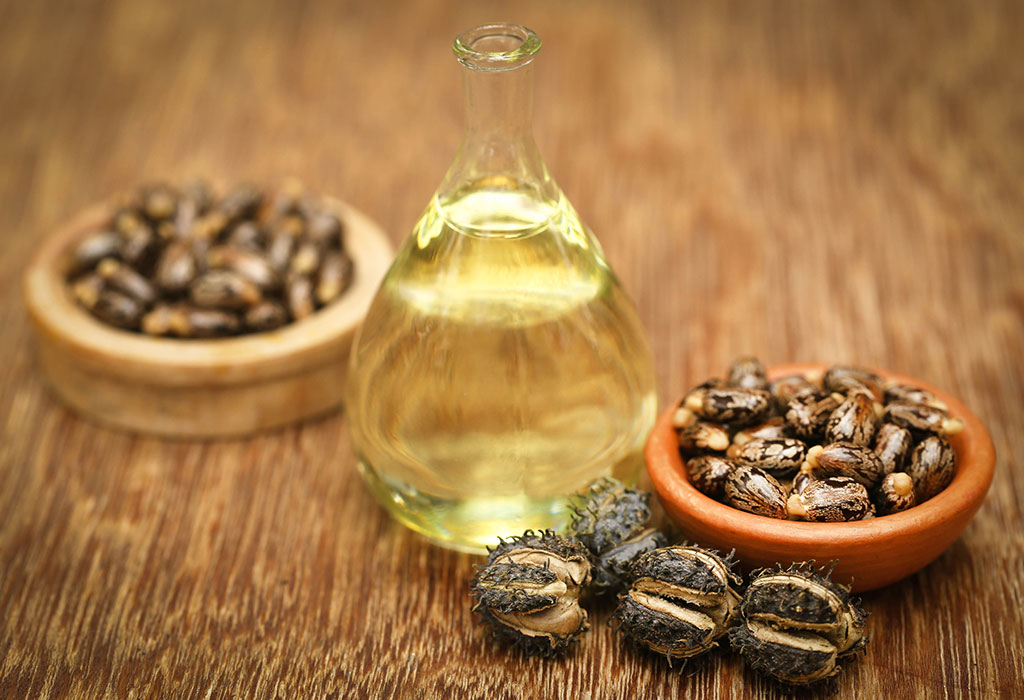 Castor oil extracted straight from the bean of the plant is one of the foods that induce labour quickly. Women have used castor oil to induce labour for centuries. Even though consumption of castor oil is safe, it can cause vomiting and diarrhoea in rare cases, which can be very uncomfortable amid labour. 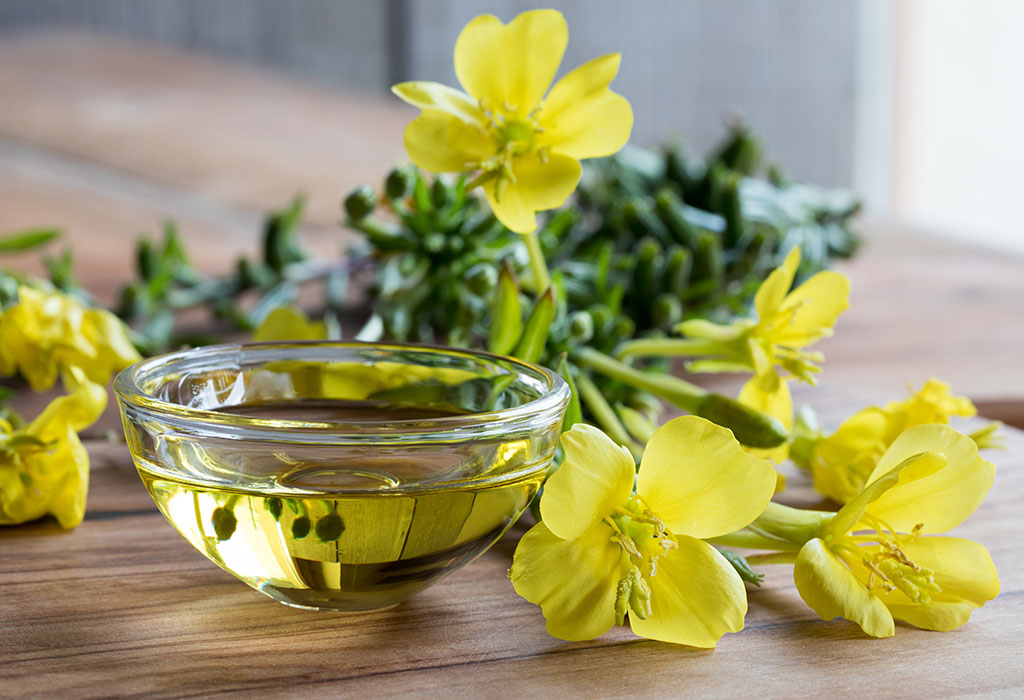 Evening primrose oil is something that most midwives will recommend for pregnant women who want to induce labour. The body converts a substance in the oil into prostaglandins. This helps in softening and diluting the cervix, resulting in induced contractions.  One study showed that evening primrose oil might improve cervical ripeness and increase the likelihood of vaginal delivery. 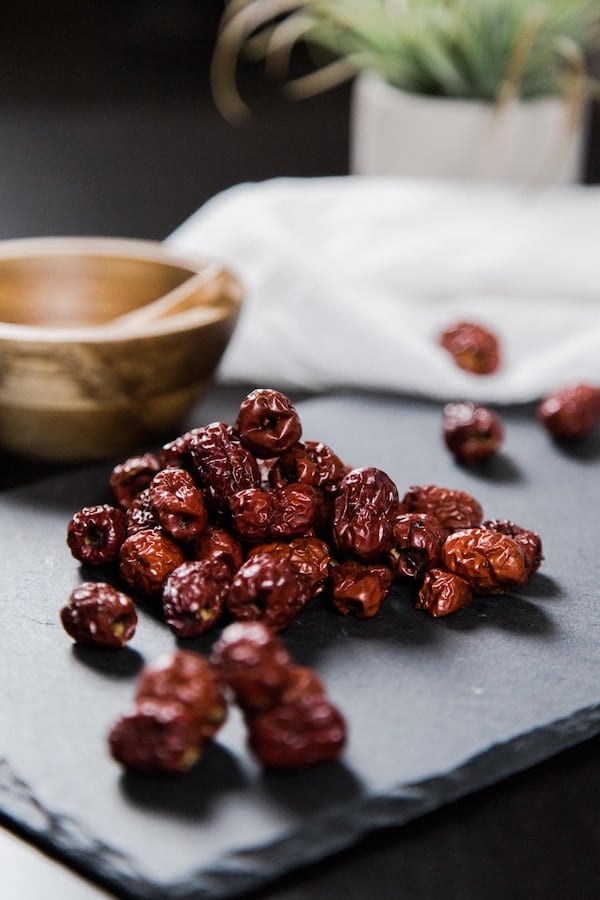 Dates are a good source of energy for women in late pregnancy because of their high carbohydrate content. This makes dates a good energizer that helps to store and supply the energy you need for your high-cardio pregnancy marathon aka giving birth.

Research has shown that eating dates at the end of pregnancy may improve dilation and cervix ripening. It also increases the likelihood of spontaneous labour and vaginal birth, and lowers the need for other medical interventions. Sounds pretty great right? Even better, there are no known side effects of eating dates during pregnancy.

Bottomline On Foods To Eat To Induce Labour

Overall, there is not a whole lot of reliable research out there on foods that can naturally help put women into labour. Most of the foods and herbal remedies we looked at are pretty understudied. There is definitely need for more research in this area to be able to recommend them. If your mom, or sister, or colleague absolutely swears by something on our list that helped put them into labour, our advice is to go ahead and give it a try. As long as there are no health risks that can potentially harm you or your little one.

So by all means, sit back, relax, and sip on a pineapple smoothie, snack on some dates, or enjoy a nice warm cup of raspberry leaf tea. Even if your little babe doesn’t end-up making their their grand debut after doing these things, you still get to reap all their nutritious benefits! Sounds like a win-win.

Also read: Labour Signs: How To Know When Baby Is On The Way