3 Lessons From The Life Of Funmilayo Ransome-Kuti

Do your daughters know who the famous Funmilayo Ransome Kuti is? She was more than the audacious mother of Fela Anikulapo Kuti. She was a trailblazer.

How do you talk about Nigeria without mentioning the Kuti family? Let's begin with Professor Olikoye Ransome Kuti, once Minister of Health. There was also Dr. Beko Ransome-Kuti. The man who beyond his medical feats, became the face of human rights activism in Nigeria. And then there was the world-famous afro-beats maestro and activist, Fela. Three brothers whose lives were immensely impactful to Nigeria and her growth. Their father was a ranking Anglican Priest and foremost educationist who founded the Nigerian Union of Teachers. But who was the woman who birthed and raised these men? Because you'll agree that only a phenomenal woman could raise such sons. She was none other than Olufunmilayo Ransome-Kuti. It's her birthday today, and Google has honoured her with a doodle. Maybe our daughters could learn a little something too. 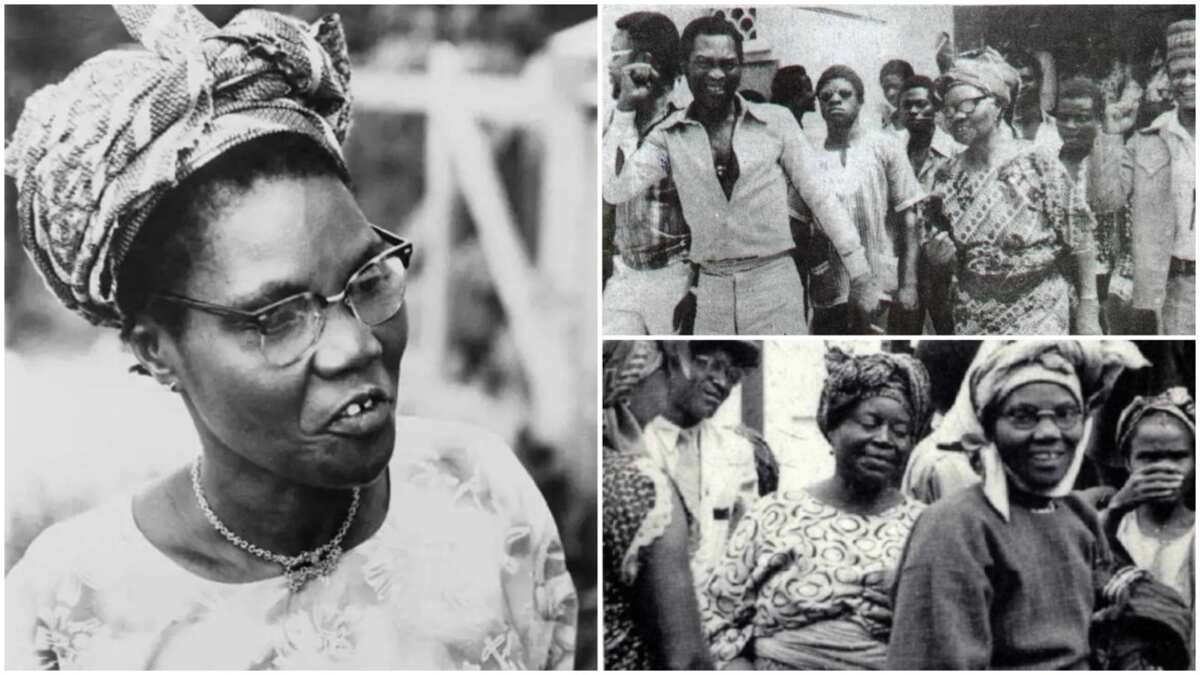 Mrs. Ransome-Kuti was a certified doyenne of rights' activism. She gave real meaning to the cause of feminism in Nigeria. Funmilayo was the harbinger of women's rights and women votes in the country. The first woman to drive a car, she took part in the discussions for Nigeria's independence. Mrs. Ransome-Kuti entered the International Women's Who's Who in 1969, won the Lenin Peace Prize in 1970. She audaciously made a King abdicate his throne for the right reasons in her fight for justice for women. We've compiled some things your children could learn from her life below:

Lessons From The Life Of Funmilayo Ransome-Kuti

Funmilayo was the first Nigerian woman to drive a car. It's said she was an aristocrat. But she wasn't the only aristocratic woman in Nigeria at the time. Where other women waited for somebody to do it, our audacious matriarch simply just did it! Blazing trails has little to do with wealth, and everything to do with courage. It takes courage to go where no one has ever been, or do what's never been done. But it is very rewarding because history will always remember you, as we do Mrs. Funmilayo Ransome-Kuti today. She also founded a political party that defeated the NCNC in her area and was a delegate who negotiated the independence of Nigeria.

And by education, we don't mean just going to school and amassing degrees. A lot of learning takes place outside the classroom too. Encourage your daughters to read books. Passports might get one to see the world, but books bring the entire world to you. The one who is truly unstoppable is the one who is constantly learning new things. Funmilayo was given to education. She was a co-founder of the Nigerian Union of Teachers and the Nigerian Union of Students. It would be great for Nigeria to have more girls tow this path.

Be Persistent In The Pursuit Of Your Goal

In 1949, the traditional ruler Alake of Egbaland imposed taxes on market women. Funmilayo Ransome-Kuti immediately went to work. She mobilized thousands of women in Abeokuta and they hit the streets to protest. 50,000 women stormed the palace of the king. They were everywhere, in the front, behind the house, everywhere. The Alake couldn't get out of his own house. The king fled to Oshogbo. Her protest was a success and the taxes were abolished. The Alake wouldn't come back to Abeokuta until a few years later. As a result of her historic achievement, the West African Pilot called her the 'Lioness of Lisabi'. Called the "Mother of Africa", she also fought for women's rights to vote.

If you give up everytime you meet an obstacle on your journey, you'll never get the fulfillment that comes with winning. Be bold enough to keep going until the obstacle gives way.

Funmilayo Ransome-Kuti died in 1978. She fell into a coma after 'unknown soldiers' threw her from the third floor of the Kalakuta Republic. She never woke up from that coma. Today, her legacy lives on with her family.

Today and on any given day, Funmilayo Ransome-Kuti is a beacon of inspiration and hope for feminists in Nigeria.