Some Funny Things Couples Do That End Up Freshening The Relationships They may be hilarious and weird, but they're totally adorable!

In long term relationships, things can get stale pretty quickly. That’s why couples go on date nights, take planned vacations, and deliberately look for ways to keep the sparks flying in their relationships. And because humour does it quicker, there are funny things couples do to inject the fun in their marriages. That’s exactly what happened with this couple.

James McGraw, 40, a window cleaner from Portsmouth, wanted revenge on his wife Kelly for giving him a shoddy haircut as a goof. So, he got a tattoo depicting his better half asleep on a plane with her mouth agape while he mocked her. James got the tattoo from a sneaky photo he took while the couple was on the plane.

The prank didn’t sit well with McGraw’s “horrified” wife; she told the Sun he’d gone too far. Despite the fact that the couple had purportedly played pranks on each other for 24 years, Kelly says “there’s a line and he’s crossed it big time.”

But social-media users beg to differ

James posted a Facebook pic of the prank with the caption. “Don’t know what her problem is . . . everyone else seems to like it.” The viral post garnered hundreds of reactions and comments such as “legend” and “can’t stop laughing every time I see this.”

However, some sympathized with his snoring soulmate. “I think it’s both ugly and mean,” commented one unamused poster. “[My husband] just showed me this I would kill him,” said another.

Fortunately, it seems James will live happily ever after. Kelly has since come around to the joke; even admitting to the Sun that she now can’t look at the picture without laughing. 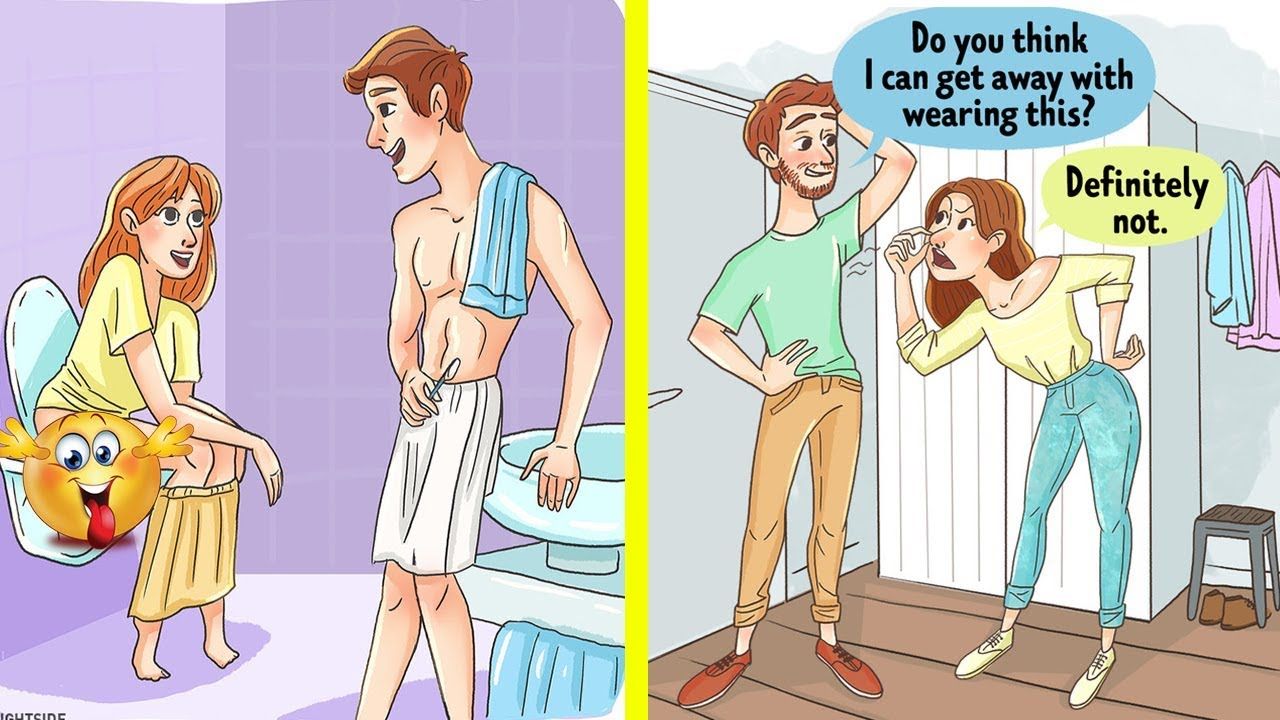 Every couple has its own inside jokes and peculiar activities. Because in the end, common interests are largely what make two people perfect for each other. So check out this Reddit thread we found on the most hilariously weird things couples do together.

The good news is that if you thought you and your partner were totally weird, you’re not alone. OK, you may be alone in that particular thing you do (as you would probably want it), but you’re not alone in having a thing. 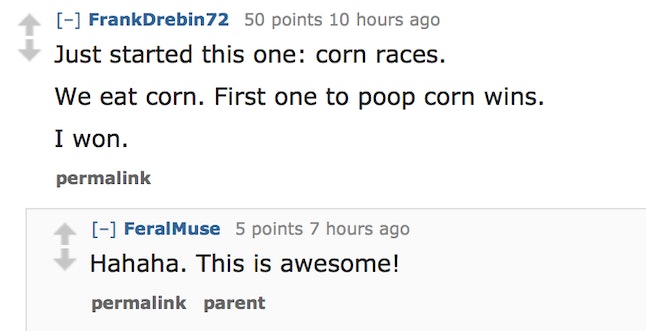 You know you’ve made it in life when you can talk to each other in public without anyone knowing what on Earth you’re talking about. You’re basically like twins with a secret language but even weirder because you’re not related.

Pretending to be penguins

And if you’re looking for inspiration on joining this club above, look no further. Just keep reading, as we’ve included some tips of hilarious things to keep the vibe going in your relationship.

Use the bathroom at the same time

In a multitude of different combinations involving the shower, sink, and toilet.

Try on each other’s clothes

Although your giant/luscious hips can’t fit into your man’s jeans, let him get drunk and put on one of your bras and run around the house yelling your name and how he has boobs. For extra flavour, whip out your phone and get it all on camera. Next time, you want ram suya at midnight, you know what to do.

Text each other from opposite sides of the room

You should make it a habit to literally text your partner from the other side of the couch to go get you a drink. And by literally, we mean literally all the time!

We’re not sure how or why but tickle torture is something all couples do. It has been around since time immemorial and is both the best and the worst.

Now that you know some funny things that couples do, that manage to spice things up, which one on this list calls out to you? Even better, what’s the thing you do with your partner that’s both hilarious and gross, but just brings you even closer?

Also read: How to initiate sex with husband and spice up your marriage