10 Harmful Practices That African Parents Do To Their Children Across regions, millions of children continue to suffer from various forms of harmful practices by parents and caregivers.

“Children are the leaders of tomorrow,” the words of an old song that quickly became an evergreen mantra. “Children are precious gifts from God,” another very popular saying. Yet, children are the recipients of several harmful practices that threaten to destroy them. According to the Anti Child Abuse Society in Nigeria, many harmful practices work directly to destroy the wellbeing of children. These practices, often embedded in tradition, have existed for centuries; defying civilization and socialization, and of course leaving broken children in their wake.

49 African countries signed the Maputo Protocol in 2003, guaranteeing the comprehensive rights of women and the girl child in Africa. But very little has changed since then. Our article includes harmful practices that infringe on the rights of the boy child as well. The boy child is no different from a child just because he is a boy. The very tragic part of all this is the fact that it is parents and guardians; the ones entrusted with the responsibility to protect and nurture these children that expose them to these dangerous practices. Isn’t it time for these practices to die?

We have outlined 10 of the most harmful practices that parents mete out on their children; perhaps not understanding their far-reaching consequences. Have a look at them below.

10 Extremely Harmful Practices From Parents Against Their Children 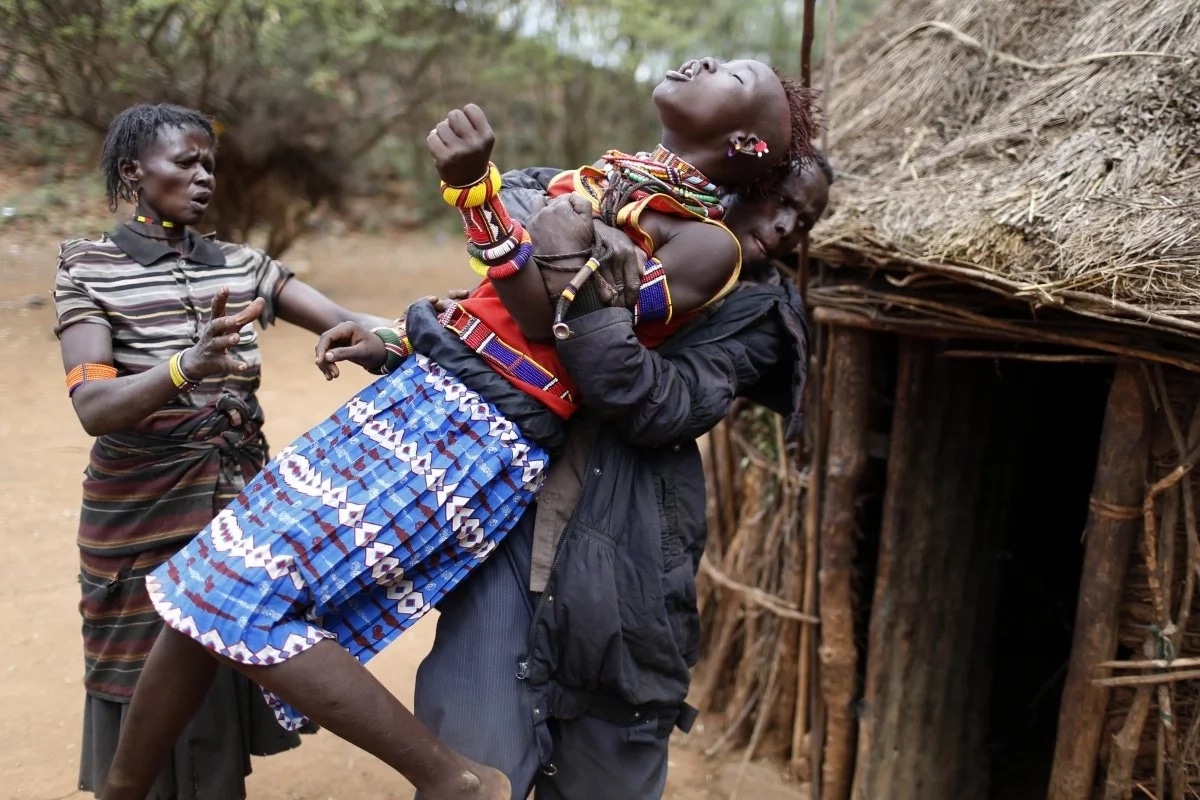 A 9-year-old child bride struggling with her captor on her wedding day to a 78-year-old man | Legit.NG

For centuries in Africa, female genital mutilation was a rite of passage for young African girls. While this harmful practice is battled by well-meaning agencies, it is still a struggle. FGM involves “all procedures that involve partial or total removal of the external female genitalia, or another injury to the female genital organs, for non-medical reasons.”  This is according to the World Health Organization.

Female circumcision has serious implications for the child’s sexual and reproductive health. Some immediate complications include:

Haemorrhage and infections are sometimes serious enough to cause death.

Child marriage
Even though child marriage can happen to both boys and girls, in most places around the world, the practice mostly affects girls. Child marriage denies girls the right to choose whom and when to marry – one of life’s most important decisions. In Nigeria, about 42% of girls are married before the age of 18.  The practice of this malady can deny educational opportunities, lead to poverty, and can have a deeply negative impact on the health of young girls. It is a major violation of the human rights of the girl child.
Denying them education
Even in the 21st century, there are parents who still think education is a waste of time and money. They send their children to either learn a trade or work on their farms. Or they do neither. You’ll often find some of these children hawking wares or selling things in traffic.
According to UNICEF, education is the fundamental right of every child. All children have the right to go to school and learn, regardless of who they are, where they live or how much money their families have. Yet, more than 60 million children are out of school. This has grim consequences for the child, and for the country.

Parents are engaging in these harmful actions against their kids 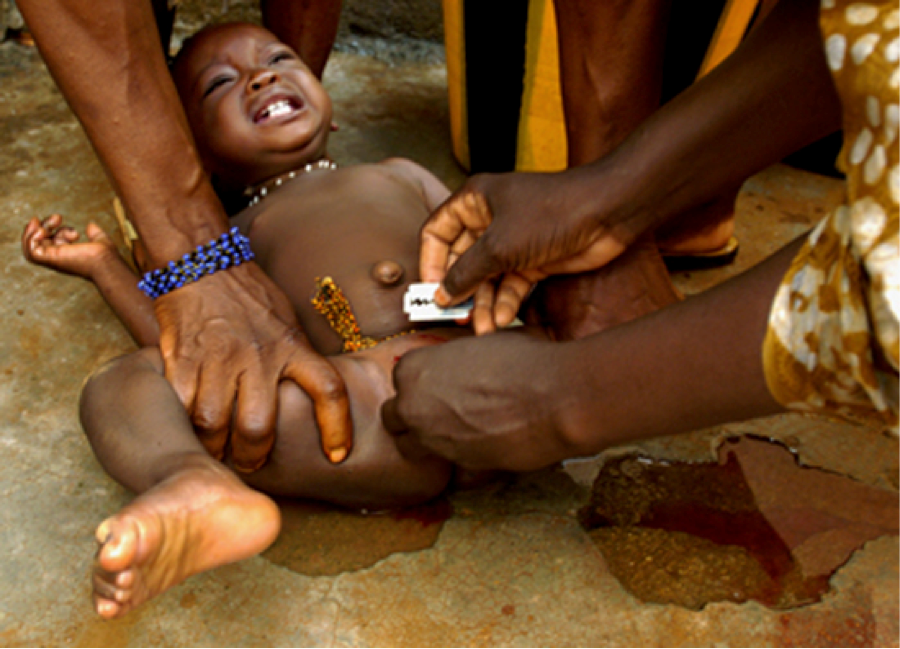 There are parents who believe in force-feeding their children. When a child is reluctant to eat, his mother then decides to pour the food down his throat because the parent supposedly always knows best. What these parents don’t know is that force-feeding is a quick way to have your baby or young child choke on the food. This could lead to the child’s death.
Child labour

The very popular form of child labour in Africa is parents sending their children to be maids in another home; in exchange for money. Many times, things never go according to plan and the child is abused and assaulted. In extreme situations, the child sustains injuries that they will never recover from, whether mental or physical. They are either maimed for life, or they die.

To make ends meet, many struggling parents send their kids to hawk in the streets. Apart from the fact that it exposes the children to kidnappers and rapists, these are children who should be in school. Nothing good can come of a child hawking in the streets. There’s also the risk of the child joining gangs and becoming delinquent. And then there’s one more miscreant for the state to handle.

More Harmful Practices That We Hope Will Stop Soon 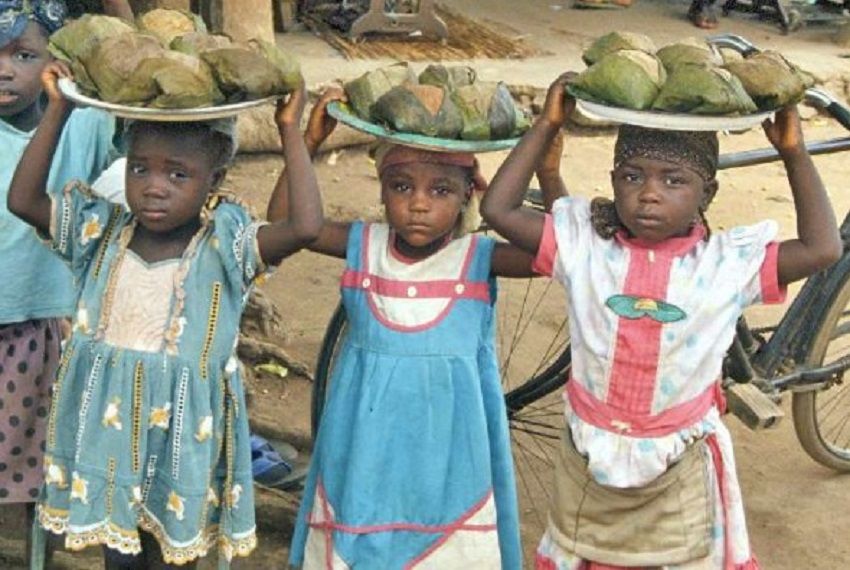 This involves domestic assault against children, sometimes in the name of discipline. Some parents have been known to put pepper in their children’s eyes and private parts. Some others have beaten their children with canes laced with blades. These are inhuman practices that affect the health and psychological wellness of the child.

Incest
The effects of a parent having sexual relations with his or her child are many. It is common knowledge that incest leaves the victims damaged mentally and emotionally for years to come. Victims have to deal with feelings of shame and sadness, rage and distrust. These feelings of isolation, shame, and guilt are often not associated with any specific activity. They help to foster a poor self-image, which often leads to suicidal behaviour. Victims of incest also suffer from other disorders, such as sleep disturbances, nightmares, depression, and eating disorders.
Self-medication

When a child or adult is sick, the right thing to do is visit the hospital. A doctor will examine the symptoms and make a diagnosis. Then he will prescribe drugs accordingly. Some parents would rather not visit the hospital. They assume that the symptoms mean a particular ailment, and then they self medicate the child based on their assumptions, This is a very harmful practice that could cause more harm or even lead to death.

Also read: Most Of The Chocolate You Buy Still Begins With Child Labour