It's A Boy! Hauwa Indimi And Muhammad Yar'Adua Welcome Their First Child. Congratulations are in order to Hauwa Indimi and her husband, Muhammad, as they welcome their first child. The couple welcomed a bouncing baby boy on Wednesday, October 2. The new mom took to her social media page to share the good news. Sharing a photo of herself cradling the newborn, she wrote:  "Our little one is here. Alhamdulillah." Hauwa Indimi is the daughter of Hausa billionaire Mohammed Indimi. She married Muhammad Yar'adua in a lavish wedding last year. 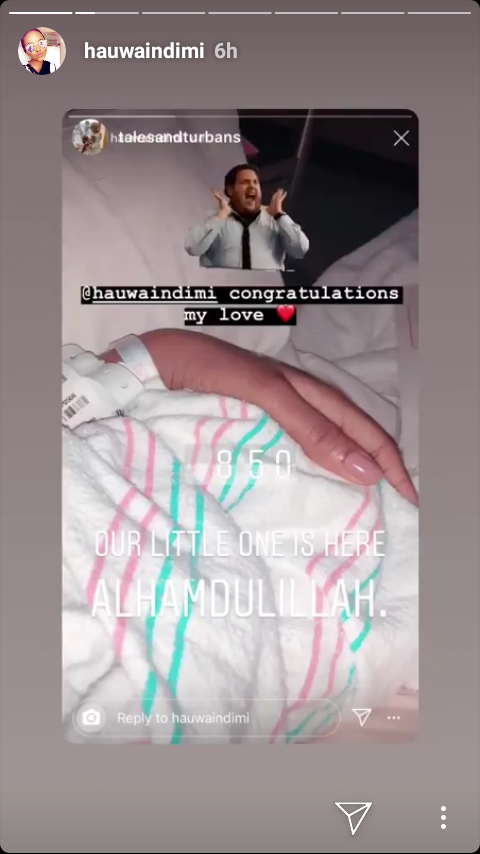 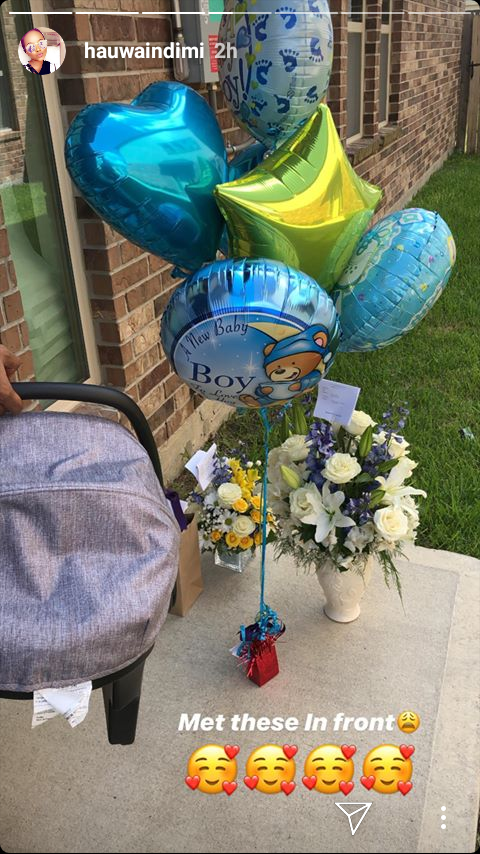 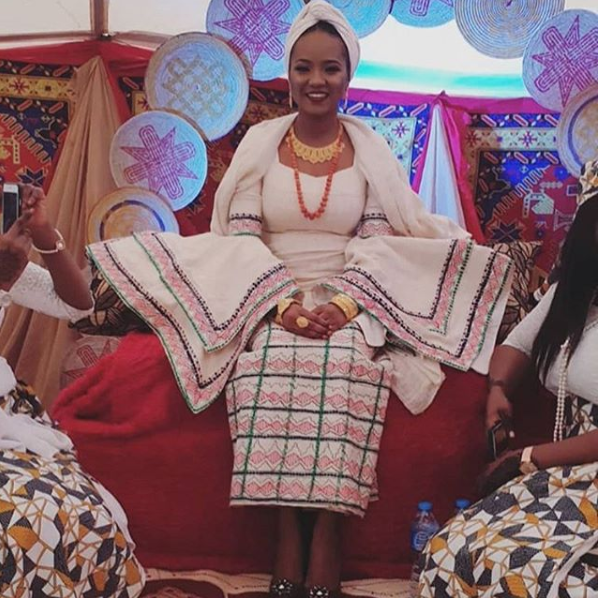 Hauwa is the youngest daughter of Maiduguri billionaire oil mogul, Alhaji Mohammed Indimi. She got married to her husband, Muhammad Yar’Adua in 2008. Muhammad is the son of the late ex-managing director of Nigerian National Petroleum Corporation (NNPC). Their wedding was a lavish show of opulence that lasted 3 days and was the talk of the country.
Billionaire daughter Hauwa and her billionaire daughter sister, Meram Indimi held their Kamu ceremony in Maiduguri. Kamu is a practice in the north, where the family of the groom will beg for their bride to be released. The groom's family also negotiates the brideprice with the bride's family and friends. For the cultural occasion, Hauwa and Meram were undoubtedly the prettiest brides.
Hauwa runs an online boutique called House of Hauwa, in Boca Raton, Florida. She is a graduate of Lynn University, Florida, and loves the good things of life.

Hauwa Indimi And Her Wedding Drama

The Indimi family are well-known in-laws to the high and mighty in the society. This includes the Nigerian President, Mohammadu Buhari, whose daughter Zahra married billionaire son Mohammed Indimi. Their wedding ceremonies always speak class and exude opulence. But just before Hauwa's wedding in 2018, there was some drama. This oil-rich family from Maiduguri experienced war amongst the children, specifically the step-sisters.

Muhammad son of late NNPC Managing Director, Abubakar Yar'Adua was set to marry Hauwa Indimi in July 2018. No big deal, except that Muhammad used to date Fatima Indimi. To top it up, the same man also dated Zahra Buhari (who happens to be Indimi's in-law) for two years before and after her father became president of Nigeria. All that, however, is now backdrop news as the lovers have now started a family regardless of their past.

We wish them the very best!