How Often Should A Nigerian Married Couple Have Sex Weekly?

Contrary to popular belief, a lot more happens in a marriage than having "legal" sex.

It’s an interesting question with answers that may surprise you. What is the average amount of sex married couples are having? So how often do married couples make love statistics? The short answer is, it depends on who you ask. 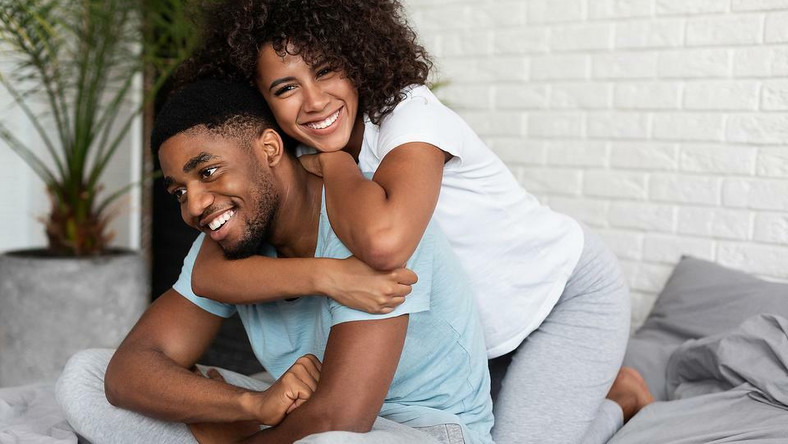 There are plenty of different polls out there that lay out different statistics. Here are some of their findings:

In another study, this time by David Schnarch, Ph.D., who studied more than 20,000 couples, only 26% of couples are having sex once a week, more likely once or twice a month.

There is No “Normal”

So, how often do married couples make love? As you may have noticed from the large variance of these statistics, it’s easy to see that there is no “normal”. In many studies, researchers and therapists said it really depends on the couple.

Each person’s sex drive is different, each couple’s marriage is different, and their daily lives are different. Since there are so many factors at play, it’s really hard to know what is “normal.” The better question to ask is, what is normal for you and your spouse? Or what would each of you like your “normal” to be?

How Much Sex to Be Happy?

One interesting study actually looked at happiness as it related to the amount of sex. While it may seem as if the more sex the better, there actually was an amount where happiness leveled off. The study was published by the Society for Personality and Social Psychology and surveyed 30,000 couples in the U.S. for 40 years.

So what is the leveling off the amount of sex when related to happiness? Once a week, according to researchers. In general more sex does help increase happiness, but daily isn’t necessary. Anything above once a week didn’t show a significant rise in happiness.

Of course, don’t let that be an excuse not to have more sex; perhaps you and your spouse love having it more or less often. The important thing is to communicate and figure out what works for you both. Sex can be a great stress reliever, and it can bring you closer as a couple. So if you both want more, then go for it!

Low Libido and Other Factors

What if sex isn’t even on your mind? Unfortunately, many people and even both people in a marriage either have no sex drive or something else is inhibiting them. According to Newsweek magazine, 15-20 percent of couples are in a “sexless” marriage, which equates to having sex less than 10 times per year. Other polls show that about 2 percent of couples are having zero sex. Of course, the reasons weren’t always stated—this could be due to a number of factors, of which low libido is just one.

Sex drive is an interesting thing. It seems some people are born with high or low libido, but there are many other factors that can contribute to it. How well your relationship is going can definitely be a factor, but past sexual abuse or other issues with sex over the years can be a factor as well.

According to the International Journal Of Impotence Research, several additional factors affect the Nigerian woman's approach to marital sex. Some of them are:

The above factors also undoubtedly contribute to the quantity of sex a married couple is having.

How to Improve The Numbers?

You are wondering how much sex other people have. Then it could be because you aren’t where you want to be sex-wise in your marriage. It happens. We all go through ups and downs. Times of stress, like moving, or a new baby, or illness, can all get in the way temporarily.

But if you and your partner have been on the downside for a while, and there doesn’t seem to be any major reason. Other than that you both just aren’t having it, talking to a marriage therapist is definitely a good option. A good marriage therapist can help you both get to the root of why sex is an issue, and offer help to bring you together again.

Beyond therapy, there are many great books about sex and marriage you and your spouse could read together to get ideas. If you are both onboard and want to reconnect, why not plan a weekend getaway to jump-start things?

One thing to consider is the quality vs. quantity of sex you and your spouse are having. If both of you love sex when you do have it, then great! There are things you can do to have it more often if that’s what you both often. Many researchers say to simply schedule it in. It seems robotic, but once you get started it’s anything but robotic. Scheduling it simply means it becomes a higher priority.

If your quality of sex is low, then that could be a reason why the quantity is low as well. In a marriage, sex is the tie that binds. If you experience a dip in your sexual desire, analyze whether that is due to negative feelings about your marriage, your spouse or yourself. Whatever you discover, make sure you spend time doing something constructive about it. Stop the blame game and take accountability for making things better. Also, bear in mind that a good marriage therapist can also help you figure out how to improve things on all accounts.

Also read: Why does my husband want to share me sexually with other men?