A Comprehensive Guide On How To Help A Drug Addict In this article, we address how parents can prevent kids from using drugs, the signs that show your kid is using drugs and how you can help a drug addict

According to Vanguard, a 23-year old drug addict, Micheal, allegedly killed his father and mother and left his sister in a pool of her own blood in their apartment. Although police haven’t been able to pinpoint exactly why the suspect killed his parents since he’s on the run, residents of Afeez Gbadamosi Street, in the Ejigbo area of Lagos state, have pointed to his uncontrollable urge to get drugs at all cost. Drug abuse in Nigeria is a rising problem that has been in the news ever so often for its negative effects. In this article, we explore drug addiction, signs of a drug addict, ways parents can prevent kids from using drugs and how to help a drug addict.

Addiction and its effects: How to help a drug addict

Drug addiction is like an itch one must scratch anytime the need arises, which is usually all the time. Addicts will go to any length to scratch that itch. As evidenced in Michael’s case, they will do anything to get their hands on new supply when they run out.

One of the residents described the suspect’s late father as a no-nonsense man who had been warning his son against taking illicit drugs but to no avail. There had been an altercation between them several times.

“Michael is the first child,” said the resident. “The couple had three children. He had gone to three private universities but could not complete his education because of illicit drugs. At a point, he said that his family hated him, even when his parents did all they could to make him useful.”

How do kids become hooked on drugs?

This incident above highlights the worst of drug abuse. However, before we dive further in it is essential to understand the likely factors that lead kids to drug addiction.

What are the effects of drug abuse on the body?

Drug abuse has different effects on the body, some short-term and others long-term. In some cases, it depends on the drug that is being abused and how much is being taken. Abused drugs in Nigeria include codeine, tramadol, Rohypnol, diazepam, exol, and cannabis. People easily have access to all these drugs in Nigeria. But when they don’t, some even go as far as mixing strong substances like lizard parts, or sniffing glue, petrol, and sewage water just to get their high.

The effect of drug abuse is so absolute to the point of having a negative effect on almost every part of the body. The respiratory system, the brain, the liver, the heart, the kidney, the gastrointestinal system—all of them are affected by drug abuse.

Below are some general effects of drug abuse on the body:

The effect of drug addiction on family relationships?

Drug addiction is often a personal experience, but only when it exists away from family settings. However, oftentimes families get dragged into the situation, because they have to deal with the emotional damage, as well as financial, legal, medical, and other unforeseen consequences. Below are ways having a drug addict can affect your family:

How to know if your child is using drugs

Children who use drugs may try to hide it from their parents, but they fail most of the time. This is because drugs have a way of altering a person’s behaviour, psychologically and physically. Here are a few signs to look out for: 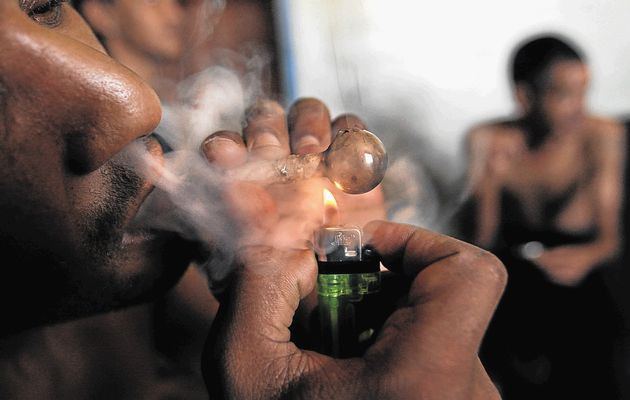 How can I prevent my child from becoming a drug addict?

As a parent, you have a big role to play in preventing your child from using drugs. Here are a few ways you can ensure that your child doesn’t become an addict:

How can I help my child who’s already an addict?

Dealing with a drug addict can be a demanding process, but below are some steps on how to help.

When you help a drug addict, keep in mind that coming back from an addiction isn’t usually a smooth process. Therefore, if your child relapses in the process of kicking the addiction, don’t give up on him. Relapsing is a part of the overall process of recovery.