Meet The Women Behind Senegal's Mistress Of A Married Man 'Mistress of a Married Man'—the show that's too sexual for conservative Senegal and the people can't get enough of it. It centres around female sexuality

In soap operas in other parts of the world, such coy depictions of sex would be considered unremarkable, even dreary. But in conservative Senegal, the self-described monitors of public morality are in uproar. The show “Maitresse d’un homme marie” (“Mistress of a married man”) has also already been cautioned by the state’s media watchdog for being too racy.

But defenders say the soap takes a desperately-needed look at relationship issues such as male abuse. Also the pain experienced by abandoned spouses and a woman’s right to sexual pleasure. Mistress of a married man follows five young women characters, all strong-minded, freewheeling city dwellers. Some start affairs with married men and — as in the case of Mareme — end up marrying them. 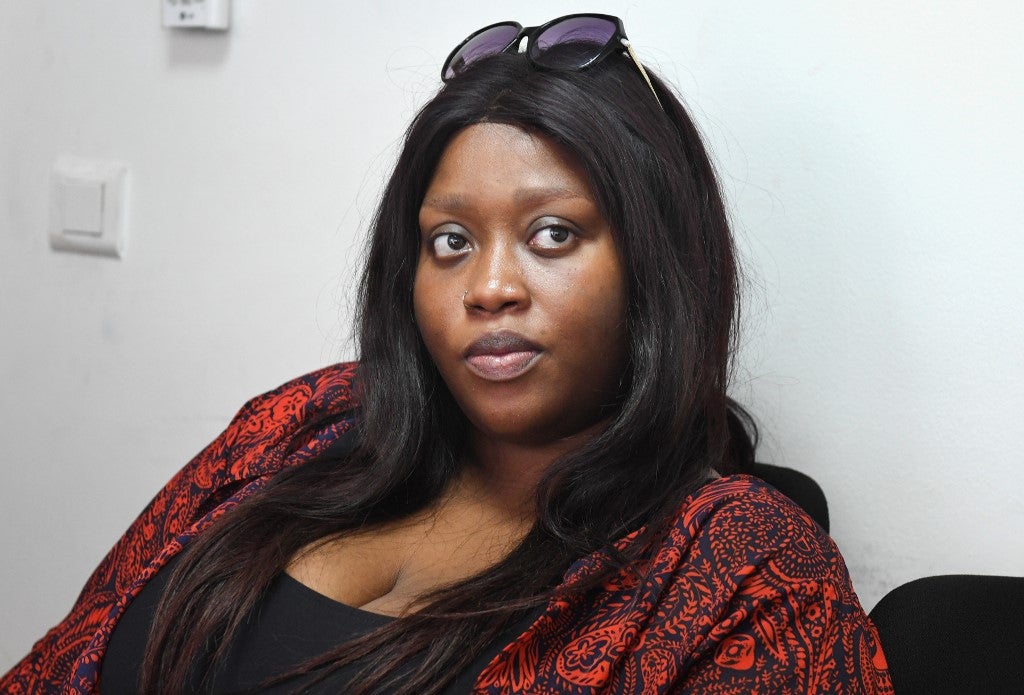 Anna Ndella Poye, who plays Mamy in the Senegalese television serie “Maitresse d’un homme marie” (Mistress of a Married Man) looks on during the recording of an episode in Dakar on May 25, 2019. (Photo by Seyllou / AFP)

In Dakar’s Sicap Liberte 3 district, the Sene family is glued to its TV for the twice-a-week show. Bubbly single mother Rose condemns the threat of censorship hanging over her favourite programme. “Maitresse”, she says, holds up a mirror to hypocrisy and inequality in Senegal. “Men who criticise the series are the same ones who have mistresses. And what they do to them is far worse than what you see on the screen,” she said.

“In Senegal, if you are not married by the time you are 30, you are not a good woman. In this country, it doesn’t matter even if you’re a huge success, if you’re not a man, you’re nothing.” 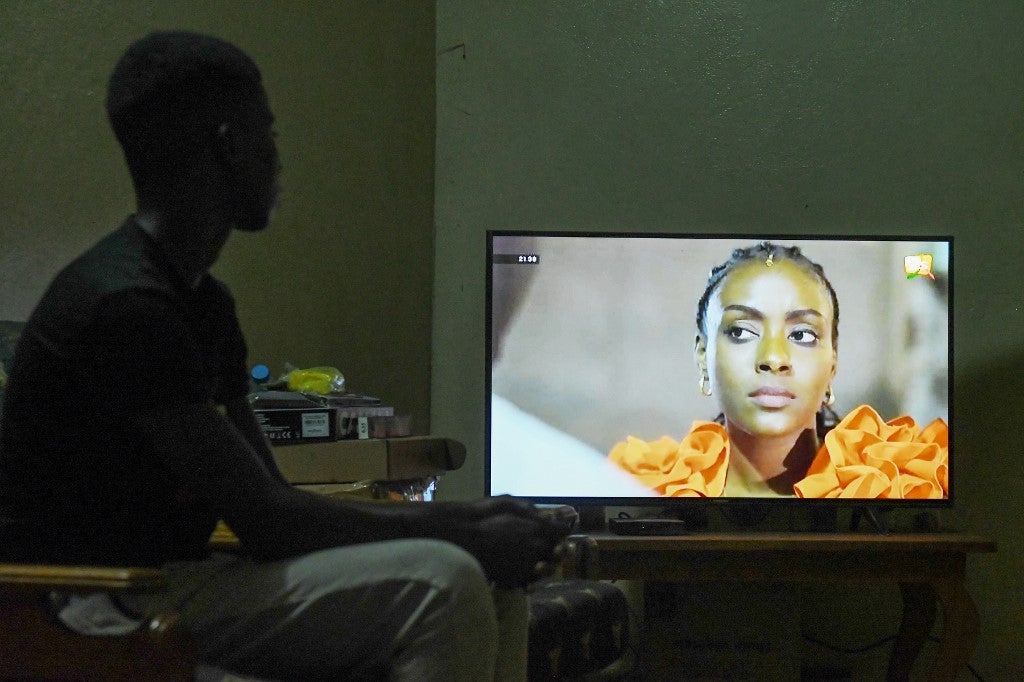 A child watches an episode of the TV serie “Maitresse d’un homme marie” (Mistress of a Married Man) in Dakar on May 27,2019. (Photo by Seyllou / AFP)

Launched in January, the show goes out at prime time on the commercial channel 2STV. It is also avidly followed on YouTube, where each episode is watched between one and two million times. Devotion to the series is such that one actor was slapped by an elderly woman while exercising.

“She told him, ‘Stop drinking and look after your family’,” the show’s executive producer, Kalista Sy, recounted, with a giggle.

The West African state is predominantly Muslim. And public displays of affection or sex outside marriage are frowned upon. Within weeks of the series’ launch, a powerful Muslim NGO, Jamra, asked the country’s audiovisual watchdog, the CNRA, to crack down.

After deliberation, the CNRA on March 29 allowed the series to continue provided there were “corrective measures” to the script. Without these changes, the show would be screened late at night, or face being banned altogether.

Everything seemed to be going fine until the 34th episode. The scene of Cheikh and Mareme canoodling on the marital bed.

“They crossed the red line. They offended a large proportion of Senegalese by broadcasting virtually pornographic content during the blessed month of Ramadan,” Jamra’s Mactar Gueye told AFP.

“It is unthinkable that this apology for fornication and adultery continues in this form,” he said, during an interview at his home where a giant TV screen was turned on to a channel showing soap operas.

The female characters on “Maitresse” often bear the brunt of the moral messages — on-screen marriage-breakers. For instance, they are verbally lashed by friends and family for their behaviour. But for Senegalese feminist activist Fatou Kine Diouf, this finger wagging has had less impact on viewers than the theme of sexual emancipation.

“The series shows women who are in charge of their sexuality. It will never get directly shown on screen but everyone is talking about it. In that respect, the series is really powerful.”

The soap opera’s set is a joyful buzz of actors, technicians and makeup artists. They work up to 12 hours a day, six days a week. Sy, the executive producer, says that male hostility, religious objections and technical hitches are her daily challenges.

“But when young women watch the show and identify with characters that are like them, they are deeply touched,” she said. “And nobody can take that away from us.”

Also read: Illuminati Pastors In Nigeria: How To Identify Them