Is Simi Pregnant With Her First Child? Could she really be pregnant?

The question on the lips of fans is if Simi is pregnant nine months after her wedding to Adekunle Gold.

Simi, in an Instagram post on Monday, October 14, 2019, showed off her her protruding belly with a vague caption.

“When you suck belle, but belle don’t suck you back; can two work together except they agree?” Simi wrote as the caption of the picture. 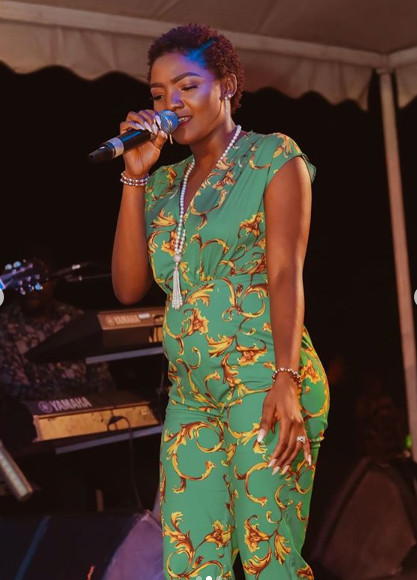 Simi got married to fellow singer, Adekunle Gold in January 2019 in a very close-knit gathering. [Instagram/simplysimi]

Simi got married to fellow singer, Adekunle Gold in January 2019 in a very close-knit gathering. [Instagram/simplysimi]

Since Simi posted the pictures, there have been unconfirmed reports that the singer might be expecting her first child with fellow singer and husband, Adekunle Gold.

In January 2019, news filtered out that Simi and Adekunle Gold were taking their relationship to the next level and the two exchanged marital vows in a close-knit gathering.

On Wednesday, January 9, 2019, the couple had their private traditional wedding on Victoria Island.

This article was republished with the permission of Pulse.ng and was originally written by Gbenga Bada.