Research: The Amazing Benefits Of Sperm To Your Baby Experts say that pregnancy sex is healthy and good for you. But is it good for baby? Is sperm good for your baby while he's in there?

When it comes to sperm, all most pregnant women care about is that it did its job in fertilizing an egg. But that doesn't mean it goes away once you're pregnant. Whether you're super into sex or managing to do the deed once every couple of weeks, you might be wondering, is sperm good for your baby while pregnant? If experts encourage pregnancy sex, surely there are some benefits to sperm.

You might know some of the advantages of pregnancy sex: lowered blood pressure, improved sleep, increased intimacy with your partner. But did you know that sperm itself might have benefits for your baby? While many of these claims need more research, here’s why introducing sperm into your birth canal might not be such a bad idea.

The Benefits Of Sperm To Your Baby 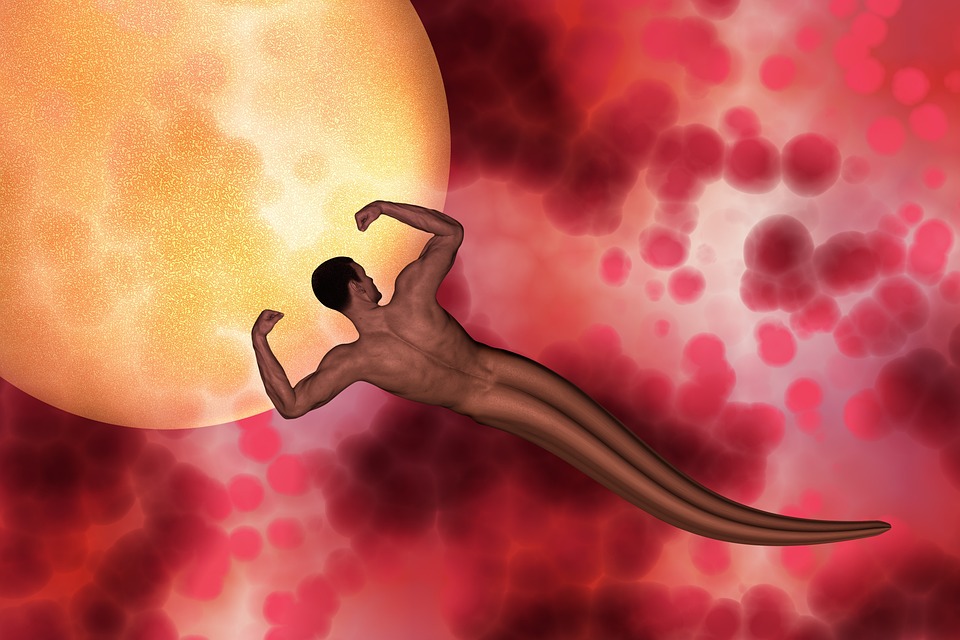 A recent study came out of the Robinson Institute at the University of Adelaide. It found that a man’s seminal fluid as it relates with your reproductive tract has a huge effect on your child’s health.

"We've discovered that it’s not just the sperm. But the entire composition of the seminal fluid has an important role to play in establishing the offspring's future health. And this is most notably seen in male offspring,” lead researcher and Director of the Robinson Institute, Professor Sarah Robertson said in a statement.

Robertson and her colleagues from the Australian University made their study using two groups of lab-grown mice. The team studied the effect of seminal fluid on fetal development and health after birth. Before mating with female mice, the first group of male mice had their seminal vesicle gland removed. This was to halt the production of seminal fluid. The second group of mice continued mating under regular conditions with no intervention from the research team.

Initially, the baby mice of the male group of mice with their seminal vesicle gland were of low birth weight. But soon after puberty they gained weight at a rapid pace and often suffered obesity. The health issues of the other group of baby mice continued to add up, including type 2 diabetes, hypertension, slowed metabolism, and low glucose tolerance.

"We know from several studies that obesity in males can be tracked back to the father's contribution at the moment of conception,” Robertson explained. “But now we're starting to understand the very complex signals and information being transmitted by the seminal fluid, and it turns out that seminal fluid and female tissues interact in surprising ways."

Upon further investigation, researchers identified specific signals in seminal fluid that interacted with the female’s reproductive tract. It also played a major role in both conception and the offspring’s metabolic health. Signaling from seminal fluid plays a role in stimulating the female’s reproductive tract. It is also an important part of maintaining sperm function.

"If the seminal fluid is of poor quality, it affects the female's capacity to support an embryo. If the embryo manages to survive despite the poor quality seminal fluid, the metabolism of the resulting fetus will be permanently altered, making it more likely to develop a syndrome of metabolic disorders including obesity, high blood pressure, and glucose intolerance after birth,” Robertson said.

In terms of infertility, around a quarter of mice from the seminal-deficient group got pregnant. But they had fewer offspring than in normal mice pregnancies. Male offspring from seminal-deficient mice were at a higher risk of suffering from poor fetal growth and development. The research team is looking to replicate their data for human trials. They hope to resolve certain health issues that children born through in vitro fertilization (IVF) face.

"It's clear to us now that the seminal fluid produces signals that the embryo absolutely needs for the best possible start to life. Assisted reproductive techniques, as good as they are today, cannot currently replicate such complexity. Therefore, it’s helpful if we can find other ways to encourage couples to take care of their reproductive health. This is including men as well as women,” Robertson added.

Even though more research is required, it is now clear that sperm should get way more credit than we give it. Sperm does way more than just fertilize your eggs. Healthy sperm works with your body to care for your growing baby. It has advantages to the foetus in the following areas:

Also read: Heres how to know if your partners sperm is healthy just by LOOKING at it