Akon: All These Jokes About World War 3 Not Funny… Lot Of Lives Are At Stake

Badara Akon Thiam, African-American record producer, says he is not finding jokes about the perceived “forthcoming world war 3” funny. In the wake of the killing of Qasem Suleimani, top Iranian military commander, by the US, there has been an outburst of jokes on social media with the hashtag #worldwar3 trending for a couple of days.

Apparently uncomfortable with the trend, the showbiz mogul took to Twitter to wonder when talks of “war becomes a thing to laugh about”, most especially when “a lot of lives are at stake on all sides.”

“All these joke memes about WW3 coming isn’t funny. A lot of lives are at stake on all sides, When did ANY war become comical?” Akon wrote.

All these joke memes about WW3 coming isn’t funny. A lot of lives are at stake on all sides, When did ANY war become comical?

The talented singer is among globally acclaimed artistes who appear to be reconnecting with their African roots, having recently announced his move to Senegal after many years of living in the United States.

In September, he had used Wizkid, Davido and P-Square as case study, when stating that contracts don’t exist in Africa, especially Nigeria.

According to him, “all you need is just to shake hands for a deal to be struck.” 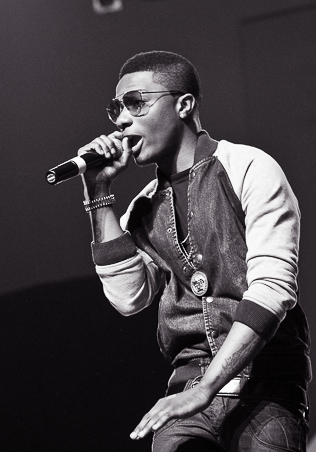 “I never left music alone, cause, when I was in Africa, I was building the Afrobeats scene. When I first went out there in 2008, I signed Wizkid and I was doing lots of consulting for lots of artistes. I signed Davido, Psquare. Davido was like my little brother.”

He recently got many Nigerians talking and MI Abaga in trouble after he described Wizkid as “my little bro”.