A Kenyan schoolgirl reportedly died by suicide last week after a teacher allegedly period-shamed her for bleeding through her pants and kicked her out of class. The Kenyan schoolgirl was 14 year old Jackline Chepngeno.

Jackline Chepngeno, reportedly got her period for the first time last Friday while attending school in Kabiangek, a region in southwestern Kenya, local outlet the Daily Nation reported. The girl did not have a sanitary pad readily available and bled through her pants. 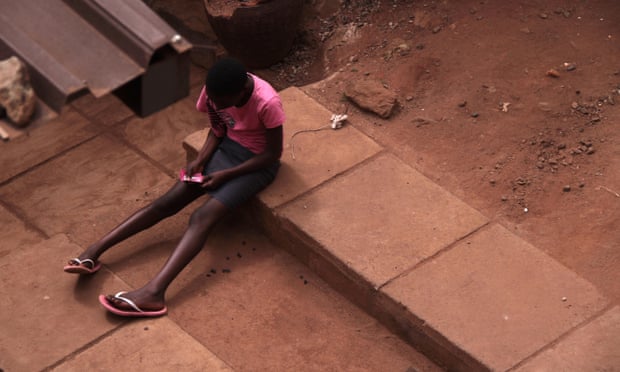 A young girl in Kibera, Nairobi. The death of a 14-year-old girl in Kabiangek has stoked debate about access to menstrual products in Kenya. Photograph: Emma Nzioka

Koech told the Daily Nation that the teacher taunted her daughter for getting her period and called her “dirty.”

“She had nothing to use as a pad. When the blood stained her clothes, she was told to leave the classroom and stand outside,” Koech said.

Female members of Parliament came together on Wednesday to protest. This was at the at the Ministry of Education in the wake of the girl’s death.

“Together with fellow Women MPs, we’ve laid siege at the Ministry of Education in protest of the 14 year old girl who committed suicide after a female teacher publicly ridiculed her for soiling her clothes with her [period],” MP Esther Passaris tweeted.

Together with fellow Women MPs, we’ve laid siege at the Ministry of Education. This is in protest of the 14 year old girl who committed suicide after a female teacher publicly ridiculed her for soiling her clothes with her periods. #EndPeriodShame pic.twitter.com/I10561MFY5

Chepngeno’s suicide set off protests outside of the school on Tuesday. Over 200 parents demanded the punishment of the female teacher who allegedly shamed the young girl. The police arrested 5 people and used tear gas to disperse protesters, the Daily Nation reported. Due to protests, the school has been temporarily closed.

Kenyan Legislature Is Now In On The Matter

Kenya passed a law in 2017 requiring all schools to provide free menstrual products to female students to ensure that they are able to attend school while on their periods. The program, however, is still in effect, according to local reports.  A 2014 UN report estimated that 1 in 10 girls in sub-Saharan Africa miss school during their menstrual cycles.

But there are concerns about whether the $4.5m (£3.6m) set aside for the programme has improved access to sanitary products and increased school attendance.

George Magoha, the country’s education cabinet secretary, told local media last month that a random sampling of schoolgirls indicated they had not received pads. Passaris said Magoha told female MPs on Wednesday that the programme has problems with budgetary constraints and procurement.

Passaris added that the project’s budget would need to be “at least 10 times” larger. That is if it were to provide free sanitary towels for all of Kenya’s schoolgirls.

The education ministry and Teachers Service Commission of Kenya are conducting their own investigation into the Kenyan girl’s death, said Passaris. They have a report scheduled for publication in the coming weeks.

“We had a candid discussion about sanitary towels, the little girl who died, and the investigation that is ensuing,” she said. “We need to make it so that girls aren’t ashamed of their periods, and I don’t think we’ve won that battle yet.”