A video of the brand new Rolls-Royce vehicles said to be bought by King Mswati III of Swaziland for his wives, has surfaced and gone viral on social media.

Eswatini, which was formerly known as Swaziland, is a small, landlocked monarchy located in southern Africa.

Mzilikazi wa Afrika, an award-winning South African journalist, took to his Twitter page to draw the attention of the public to the brand new wheels that he said the king bought for his wives. 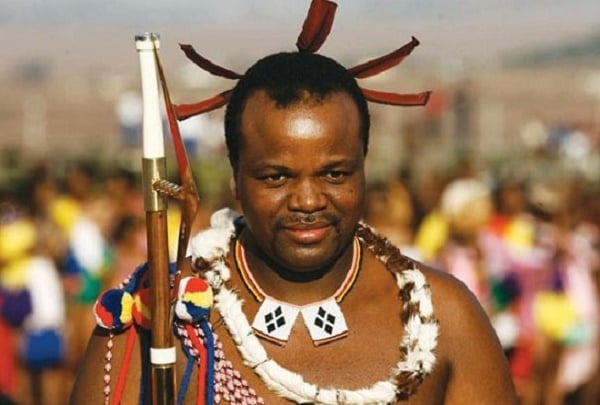 It is believed that the monarch has more than 13 wives.

“HEARTBREAKING NEWS: Amidst all the economic challenges eSwazitini, King Mswati III yesterday decided to bless his wives with very expensive wheels,” he wrote, accompanied with a video and photos of the cars crammed in four trucks.

“Unconfirmed reports suggest that it was 4 trucks loaded with 20 Rolls Royce and one Rolls Royce Cullinan.”

Unconfirmed reports suggest that it was 4 trucks loaded with 20 Rolls Royce and one Rolls Royce Cullinan pic.twitter.com/STTLtFFlAt

In the video, the expensive cars — said to be up to 15 and valued at about $15 million — were seen making their way out for an unknown destination.

The Citizen, a South African media outlet, also quoted a source from eSwatini’s ministry of information communications and technology, to have confirmed that the king had indeed bought the vehicles.

“She said the vehicles arrived on Tuesday but was unsure on the exact number of the cars,” it wrote.

The development has since generated a plethora of backlashes on social media platforms with many tackling the monarch’s extravagance on luxury vehicles, considering the country’s ailing economy.

Mswati has before now come under intense criticism from the public over his wealthy status and ostentatious spending. He was once listed among the richest royals in the Africa by Forbes.

Here is what some Nigerians had to say:

I'm even disappointed to say it's my home country . The living conditions people of eSwatini have to endure are honestly not worth those expensive horrid looking cars . King Mswati needs to return them and try again . https://t.co/XW5pB9QNbq

Swati King.
Bro Africa is crippled by senseless leaders. The Kingdom of Eswatini has a population of about 1.4 million people.
It is estimated that this fleet is worth around £12mil. Do you understand how big a cash injection could’ve been for an economy that small? Smh https://t.co/sCqw3X0yAz

Africans are their own worst enemies.
These wives come from the same poor villages and this is what they do to their own ppl.
The Ppl of Swaziland must disrupt this evil, they have nothing to lose already. Disrupt the damn thing now. — IfTigerWasAPerson? (@quineqa) October 31, 2019

While the people of Swaziland continue starving, their King, Mswati III, spoils his wife materials by purchasing 19 Rolls Royce all worth £12 million. King Mswati doesn't care much pic.twitter.com/pFR6HmFl41

Maybe Swaziland is better than South African,even if they are suffering from poverty at least they were not promised anything just like us then dololo delivery — ❤❤❤Dlamean T❤❤❤ (@tabilizer4) October 31, 2019

Very sad yet his country is ravaged by hiv taking the number 1 spot in the world new infections being the order of the day african leaders have serious psychological issues — kerita choga (@keritachoga) October 31, 2019