Everything You Should Know About Listeriosis In Pregnancy Listeria infection during pregnancy can cause miscarriage, stillbirth, uterine infection and preterm delivery.

To guard against listeria during pregnancy, you need to be aware of what you put inside your body. You should be aware of what is good to eat and what’s not so good to eat. Listeria is a type of bacteria that lives in some contaminated foods. This bacteria can cause problems for both you and your baby. Although listeriosis (the illness from ingesting Listeria) is rare, pregnant women are more susceptible to it than non-pregnant healthy adults.

Listeria monocytogenes is a type of bacteria that lives in water and soil. Vegetables can become contaminated from the soil, and animals can be carriers. Listeria is in uncooked meats, uncooked vegetables, unpasteurized milk, and processed foods. Pasteurization and cooking kills the bacteria. There is a chance that contamination may occur in ready-to-eat foods such as hot dogs and deli meats because contamination may occur after cooking and before packaging. 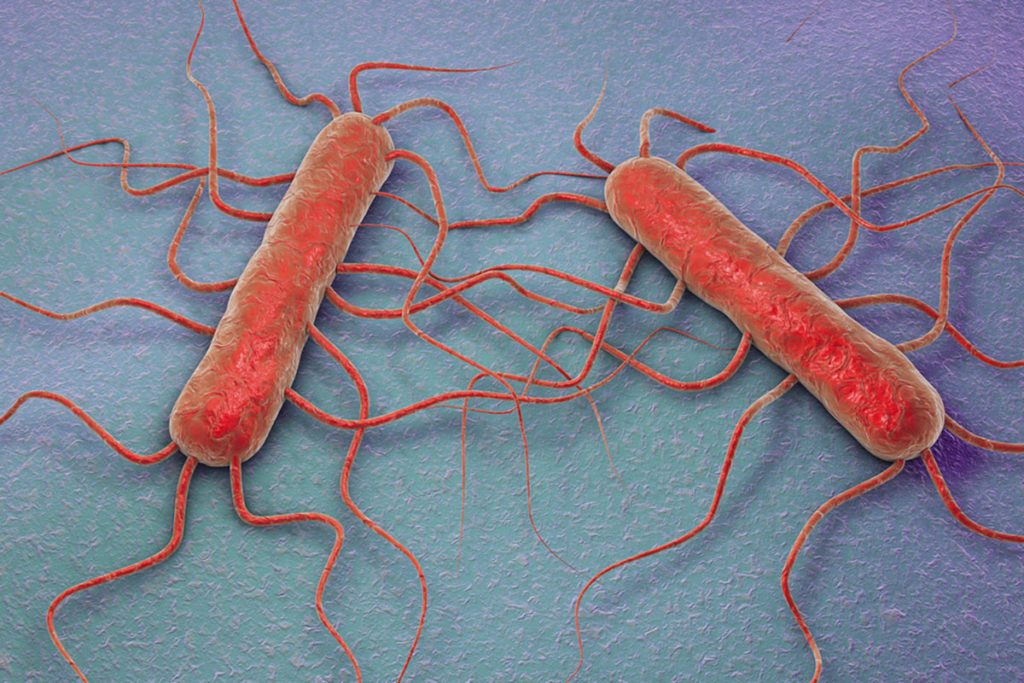 An image of the bacteria called Listeria

At least 80 babies died in South Africa in 2018. This was after authorities confirmed that a listeria outbreak killed more than 200 people. It was the worst outbreak of the food-borne disease in recorded global history. Experts traced the disease to contaminated cold meat produced at a food processing plant. South Africa’s largest food company owns the plant in question.

What are the risks of a pregnant woman getting listeriosis?

Statistics for Africa is not readily available. But according to the Center for Disease Control (CDC), about 1,700 persons become seriously ill each year in the United States. Among these, 260 will die. The CDC states that pregnant women are 20 times more likely to become infected than non-pregnant healthy adults. But the number of cases of listeriosis in pregnant women is about 17%.

How will I know if I have listeriosis?

Symptoms of listeriosis may show up 2-30 days after exposure. The symptoms in pregnant women include mild flu-like symptoms, headaches, muscle aches, fever, nausea, and vomiting. If the infection spreads to the nervous system it can cause a stiff neck, disorientation, or convulsions. Infection can occur at any time during pregnancy. But it is most common during the third trimester when your immune system is somewhat suppressed. Be sure to contact your health care provider if you experience any of these symptoms. A blood test can confirm an infection from listeriosis.

Will this harm my baby?

If you are pregnant and infected with listeriosis, you are at an increased risk of :

Early treatment with antibiotics may prevent fetal infection and other severe fetal complications. Not all babies whose mothers are infected will have any problems related to listeriosis.

How is it treated?

Listeriosis is treated with antibiotics during pregnancy. These antibiotics, in most cases, will prevent infection to the fetus and newborn. These same antibiotics are also given to newborns with listeriosis.

What can I do to protect my baby from listeriosis?

Following these guidelines can greatly reduce your chances of contracting Listeriosis: