The prosecution of Funke Akindele following her arrest has resulted in a sentence.

The Lagos State Government has made it clear that it will spare no expense; to protect the lives of its citizens during the coronavirus pandemic. This resolve includes punishing possible violators of the ongoing lockdown. As it turns out, actress Funke Akindele is the first celebrity to face the music after her lockdown violation over the weekend.

Funke and her husband JJC Skillz hosted friends to a house party on Saturday, April 4th, to celebrate his birthday. The couple excitedly shared videos and photos of the house party on social media; an action that quickly met with heated backlash.

After a series of tweets targeted at her, the Nollywood actress decided to clarify the issues surrounding the house party. So she recorded a video, where she explained her side of the story.

The Jenifa's Diary actress explained that the attendees of the party were all at the estate long before the lockdown. They were all colleagues and friends of her family; who were working on a project together, and they decided to remain in the studios for the duration of the lockdown.

Shortly after her apology on social media, the police arrested Funke Akindele for lockdown violation. See her apology video:

View this post on Instagram
I hear you all and I acknowledge all your honest feedback.  also thank you for your concerns, well wishes and calls. I am sorry and hope this video offers some explanation. Please stay safe. And God bless. @lagosstategovt
A post shared by Funke Akindele Bello (@funkejenifaakindele) on Apr 5, 2020 at 6:33am PDT

Following her arrest, the Lagos state police command charged the actress to court. Also charged to court was Akindele’s husband, who turned himself in after the police ordered that he make himself available.

The couple was arraigned at a magistrate court in Ogba. According to the police spokesman, this was the test run for the new law recently passed by the State Assembly and signed by Governor Babajide Sanwo-Olu. The law seeks to address lockdown violation and general flouting of the restriction. And since Funke and her husband were the first offenders, the  Attorney General would be in court to preside over the prosecution.

Delivering judgment after the couple pleaded guilty, Magistrate Y.O. Aje-Afunwa ordered the defendants to pay N100,000 naira each as fine. The magistrate also held that the couple must serve 14 days of community service and then observe the isolation period.

The couple pleaded guilty to the one-count charge brought against them. 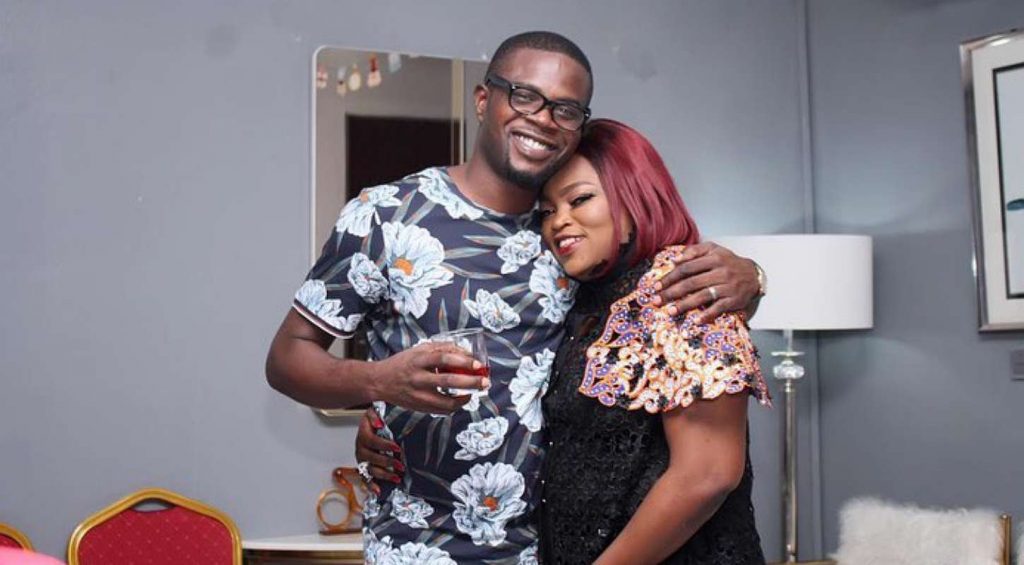 The Attorney General of Lagos State, Moyosore Onigbanjo, SAN; told the court that Funke and her husband flouted the directive of the Lagos state Governor when they gathered more than 20 people at their Lekki home.

The couple's lawyer Abayomi Alagbada, however, pleaded for leniency. Alagbada said: I plead for leniency on the following grounds; both of them are first offenders, they are respectable members of society and have two young children”.

Following the defendants’ guilty plea, Onigbanjo asked the court to sentence them accordingly.

Also read: Patients At The Lagos Isolation Centre Urge Everyone To Stay Home During The Coronavirus Lockdown