In 2018 the Federal Government said three in every ten Nigerians suffer from a mental disorder. Today the figure is higher. Among Nigeria's healthcare woes is the emigration of its physicians. Nine out of every ten doctors in Nigeria are seeking to leave the country and find work elsewhere.

The Federal Neuro-Psychiatric Hospital Yaba has seen a 22 percent increase in the number of new patients. They all had different types of mental illnesses, and this was in 2018. Also, the hospital recorded a 50 percent increase in the number of patients struggling with substance abuse. This century-old hospital is one of only six psychiatric centres in Lagos. It's also the only one run by the federal government of Nigeria.

It is not yet noon at Yaba hospital, but the crowd of people waiting to consult with doctors is so thick that it spills into the hallway.

One in four Nigerians - some 50 million people - are suffering from some sort of mental illness. This is according to the World Health Organization (WHO).

Today is World Mental Health Day, but the country is nowhere near equipped to tackle the problem.

There are only eight neuropsychiatric hospitals in Nigeria. With dire budget and staffing shortfalls, doctors either go on strike or leave the country. Or they quit the medical profession altogether. The prognosis looks as grim for psychiatric care at Yaba hospital as it does for Nigeria's healthcare system as a whole. The seventh-largest country in the world, Nigeria has Africa's highest rate of depression. She ranks fifth in the world in the frequency of suicide, according to WHO. There are less than 150 psychiatrists in this country of 200 million. And WHO estimates that fewer than 10 percent of mentally ill Nigerians have access to the care they need.

There's a stark difference between Nigeria's need for better psychiatric care and the resources available. It is illustrated by the healthcare gaps at Yaba psychiatric hospital. The hospital had a 2018 budget of 133 million naira. But the government only released 13 million naira or less than 10 percent of that amount.

As a result of financial deficits and other challenges, Yaba hospital lost 25 of its resident psychiatrists over the past four years. This accounts for roughly 25 percent of its resident psychiatrists. Some left to find work in other countries. Some went to private hospitals. Others simply quit. The facility now has 33 resident doctors and 22 consultants. The physicians are scrambling to address the needs of the more than 5,000 patients that they treat every year.

Each doctor now attends to 50 to 80 patients per day.

This includes the 535 who fill the inpatient beds and the 100 or more emergency cases the hospital receives each week.

Yaba's psychiatric clinic, once open from 9 am to 1:30 pm, is now open until 5 pm.  This is so its doctors can try to catch up on their backlog of patients.

A father sitting next to his teenage daughter in the queue of patients speaks to Al Jazeera. He says that he has spent 1,440 naira to bring the girl in for that day's treatment. Because the journey - and the more-than-four-hour wait to see a doctor - are both so time-consuming, the exhausted-looking father has taken a full day off work. He is putting his family at financial risk, to give his daughter the psychiatric care that she needs.

Despite the long wait, the girl will have only a short time to consult with her psychiatrist.

"A patient ought to spend between 25 and 30 minutes with the doctor, but ends up spending between four and five minutes," Yaba psychiatrist Dr. Afeez Enifeni tells Al Jazeera.

The father says he is determined to make the most of what the hospital can offer his daughter.

"Health," he insists, "is more important than anything else." 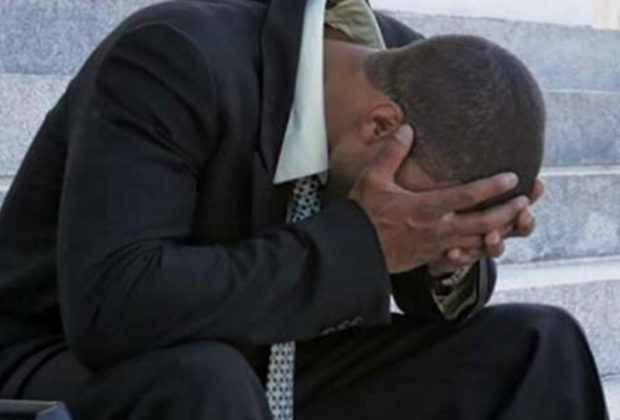 Roughly nine out of every ten doctors in Nigeria want to leave the country. They want to find work elsewhere, according to a 2017 poll by the nonprofit organization Nigeria Health Watch.

The desire for better opportunities - improved pay, facilities, work environments, professional satisfaction, tax breaks and career progression - were among the reasons that psychiatrists and other doctors surveyed said they were hoping to emigrate.

Nigeria Health Watch projects that with Nigeria's population on the rise (it is slated to double by 2050, according to the United Nations), the country will need to stop losing doctors and instead start bringing more in - at a rate of 10,605 per year. This is to keep pace with overall patient demand.

Also read: What Is The Public Response To Mental Health In Nigeria?