Miss Nigeria's reaction to Zozibini Tunzi's win as Miss Universe is truly friendship goals. The moment is a strong symbol of black girl magic and sisterhood.

After Zozibini's win, there was a heartwarming moment on stage involving Miss Nigeria that caught people's attention. For some, it was friendship goals, for others it was a black girl magic moment; but it was also a moment of joy from one roommate to another.  Miss Nigeria, Olutosin Itohan Araromi and the newly-crowned Miss Universe were roommates throughout the duration of the event. 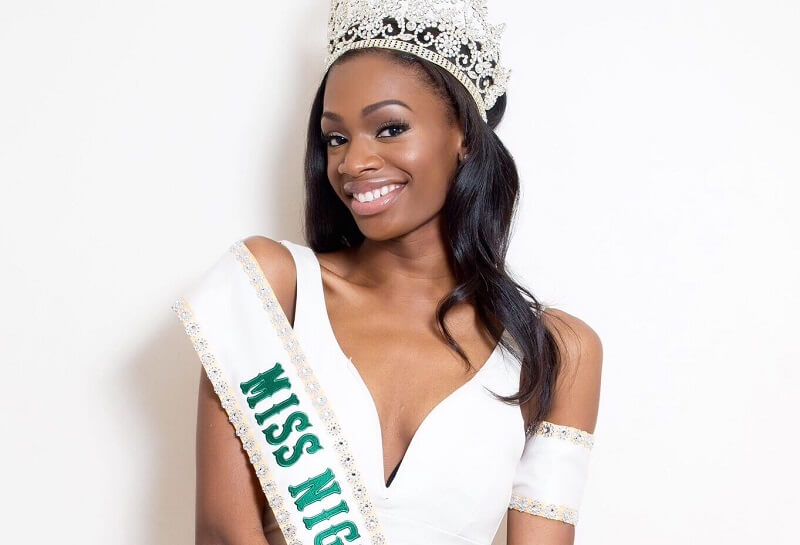 Tunzi posted a video on her Instagram page the first time they met, stating that her roommate had arrived and she had officially become her photographer and videographer.

At a time when relations between South Africa and Nigeria are still tense due to the xenophobic attacks, the show of love is a good message to send across to both countries. 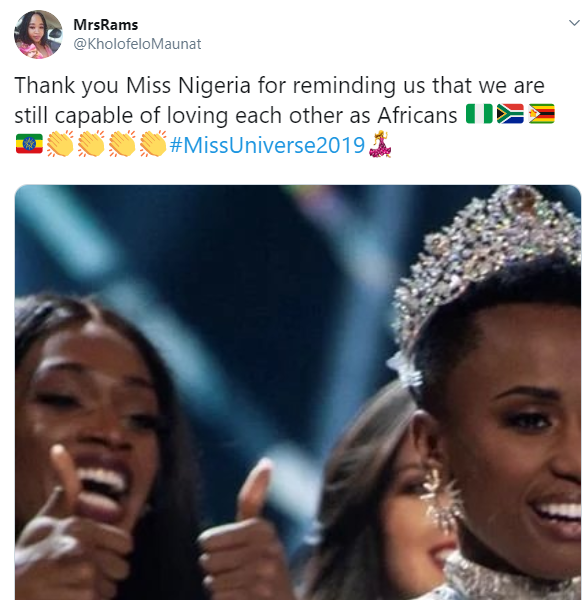 Also, there were happy reactions to the show of support on twitter. Many of them praised Olutosin for showing love towards a black woman like her.

Tunzi also took to her Twitter page to encourage little girls coming up. "Tonight a door was opened and I could not be more grateful to have been the one to have walked through it. May every little girl who witnessed this moment forever believe in the power of her dreams and may they see their faces reflected in mine. I am #MissUniverse2019."