What do we expect when Bollywood meets Nollywood?

Bollywood and Nollywood have come together to produce a new movie named ‘Namaste Wahala’. An exciting title that is sure to make fans curious. According to CNN, the movie is directed by the former businesswoman now filmmaker, Hamisha Daryani Ahuja, who reached across two countries to create a movie of two diverse cultures.

The movie, whose name translates to ‘Hello trouble,’ is filmed mostly in English, with a combination of Hindi and Nigeria’s Pidgin English. Its director, Ahuja, said her experiences living in Nigeria since childhood inspired her to make her first movie.

“I am Indian but I have lived in Nigeria my whole life. Everyone loves Bollywood and Nollywood, so I thought ‘how is it that no one has done a love story between the two?'” she told CNN. She decided to fuse her experiences from both cultures to create a love story. One that is easily relatable to people from both sides. 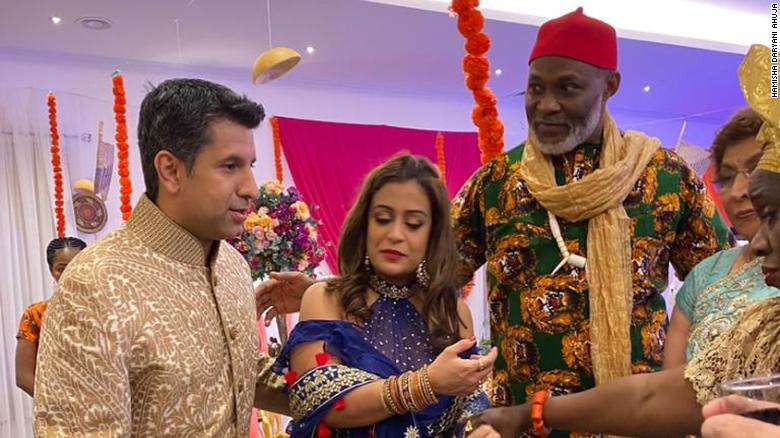 Weddings in Nigeria and India are not a small affair in any way, with Vogue Business reporting that India’s wedding industry is worth $50 billion. Namaste Wahala brings both wedding industries together, displaying a celebration between the two cultures.

“The story has been in my head for a long time but I wanted it to be completely accurate,” Ahuja said. She wanted both cultures to be portrayed the same. Also, for the audience to see that no culture was above the other.

The movie, filmed in Nigeria’s bustling city of Lagos, features scenes of dancing and singing that Bollywood is known for. According to Ahuja, it was intentional to keep the movie as authentic as possible.

“It is a fun comedy, a lot of laughs with a few tears,” she said.

Also read: You Can Bingewatch These Funny Nigerian Movies Of All Time With Your Kids