How Chi Mhende Conquered Nerves To Star In Queen Sono Chi Mhende says she feels inspired by her character’s complexity in Queen Sono, Netflix’s first African original series. If Chi Mhende could handpick a superhero power for herself, she confesses it’d be invisibility – a surprising choice for an actress with remarkable screen presence.

For three years, Mhende was Wandile Radebe; a male character (that later transitions into a trans woman) on popular South African soapie, Generations: The Legacy.

Playing the character came with its personal and professional tolls, majorly the physical demands of a woman pretending to be a man on TV; and real-life questions about her femininity.

Overcoming that was never going to be easy for the Zimbabwean actress; especially when your next project is Netflix’s Queen Sono, the streaming giant’s first African original series.

The show, set to start streaming on February 28, is a rare exploration of African spycraft with Pearl Thusi; leading an ensemble cast of South Africa’s best and brightest acts, playing the titular character. 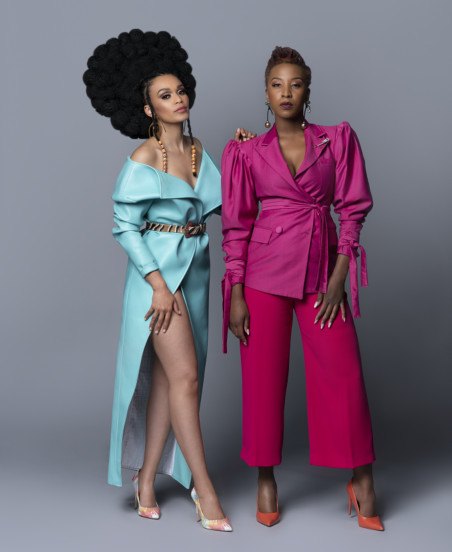 Mhende is Miriro Dube, the director general of the Special Operations Group (SOG), a South African intelligence agency so secret only a handful of people are privy to its existence.

To do faithful justice to this character, Miri had to overcome one problem – nerves.

“If I had to pick one challenge, it would be that I felt nervous and obviously doubted myself; but I overcame that because I trusted that I could do the work,” she tells Pulse during an interview that had to be conducted over the phone; courtesy of the snail’s pace of the South African embassy to process a visa.

While Thusi’s thrill-seeking Sono runs around breaking protocols, and wreaking havoc with reckless abandon, Mhende’s Miri is there to keep everyone’s feet on the ground to ensure everything goes to plan all the time, earning her the unstated tag of party pooper.

To get on the same page with this straight-laced character, Mhende says she had to have her hair sprayed to keep it straight, wear tight clothes, and a corset to hold her spine.

“All of that was part of the preparation of keeping her as stoic and as hard as possible,” she tells Pulse. 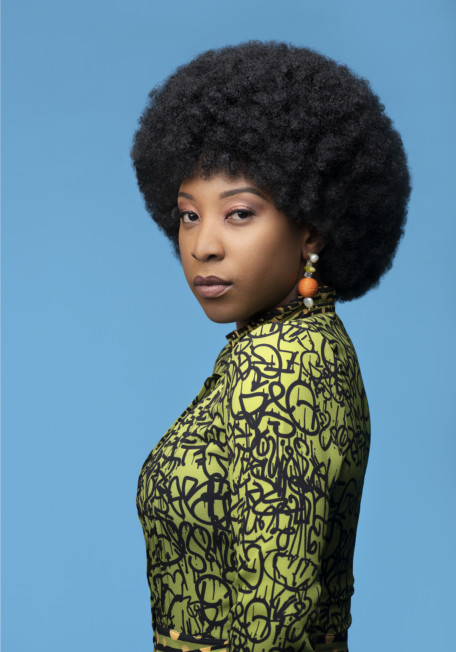 Mhende doesn’t hide the fact that she is incredibly attracted to playing a ‘boss’ character in a position of considerable power.

However, while Miri might initially come off in the pilot episode as a rigid character who cannot be bent on anything, as the show progresses, she is shown to be quite complex in a manner Mhende confesses is attractive to her.

Miri the SOG operative, Miri the daughter, and Miri the housewife are not quite one and the same. In fact, they’re so different they could all have been played by entirely different people.

She’s a conflicted woman with exposure and power who still feels very insecure in her personal space and relationships.

Her many layers, Mhende says, is true to the reality of women who work hard but never trust that they’ve done the best.

“I can relate to this woman and her feelings, unsure of herself,” Mhende notes of the similarity between her and Miri.

Since Queen Sono’s commission was first announced, a lot has been made about how much of a game-changer it could be for film making not just in South Africa, but the entire African continent.

Many have lumped on the show’s shoulders the tag of pacesetter for a new frontier of African film making, so there’s a lot of fingers being crossed on its success or failure, and what either could mean.

For Mhende, there’s no doubt that Queen Sono will stick with everyone, in the 190 countries where it is set to stream, because it is, above all, a relatable human story.

The show is a way for others to see Africa in a whole new light, different from the more common damaging lenses through which outsiders have gazed into the continent.

This, she says, was a major motivation for taking part in the project.

“This was an opportunity for me to showcase my talent and skills, and be a part of a project that not only supports, acknowledges, and honours Africa, but is going to be seen by the rest of the world.”

While she maintains a mostly steely presence as Miri on Queen Sono, behind the scenes, Mhende says she enjoyed being on set with Loyiso Madinga, who plays Fred, another SOG operative.

She said of the stand-up comedian, “I’d never worked with Loyiso Madinga, and to laugh with that man on set is an absolute joy. We cracked up a lot.”

Chi Mhende and Loyiso Madinga behind the scenes of Queen Sono [Instagram/@chi mhende]
Mhende praises Thusi as “not only beautiful in spirit and physically, but has an amazing soul and mind”, and very obviously enjoyed sharing the same space with many of the other Queen Sono cast members so much she considers it an honour.

“It was amazing to be directed by someone like Kagiso Lediga (show creator), and to have all these people who took a chance on me and believed in me and allowed me to share space with them,” she says.

As Miri, Mhende exudes the poise and sophistication of a woman who’s ready to take on the world with as much polish as she exudes the insecurity of a daughter and wife browbeaten into submission by circumstances out of her power.

Compared to her peers on the show, Mhende doesn’t have enough to work with here; yet she commands a presence with the little she gets, her most-desired superhero power of invisibility nowhere to be found.

This article was republished with the permission of Pulse.Ng
Also read: Netflix Unveils Cast & Crew For Its First Netflix Naija Original Series