Tragic Karen Turner, 31, was staying at a luxury lodge with her family when they were attacked by three armed men in the dead of night.

Karen Turner, 31, was three months pregnant when she was hacked to death. At the time of the attack, she was asleep with her husband Matthew, 33, and their toddler son Hayden. The attack took place at about 3 am on Tuesday. The attackers stabbed Matthew repeatedly as he lay beside his wife at the Hluleka Nature Reserve, in the Eastern Cape province of the country. The two men armed with knives sneaked into their self-contained lodge overlooking the beach.

Schoolteacher Karen was from Underberg, about three hours west of Durban. Authorities believe she died almost instantly in a hail of knife blows, while Matthew managed to fight back. Karen’s unborn child also died in the frenzied attack, as she was hacked to death. Her 23-month-old son Hayden survived without any injury.

It Was A Senseless Murder 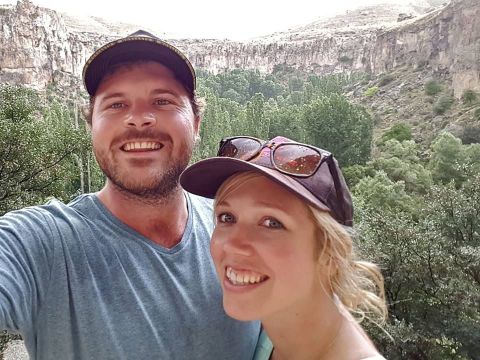 It is unclear what the motive was for the horrific murder.

The vicious attack comes just days before Prince Harry is due to fly into South Africa with his wife Meghan and son Archie. They are taking their baby on a tour to visit Harry’s “favourite place in the world”. The same place where crime is spiraling out of control with over 21,000 murders and 45,000 rapes carried out last year.

The young family had booked into the nature reserve to celebrate Karen’s birthday, on the cliffs that overlook the Indian Ocean. The attack on this family will cast a shadow over the royal visit.

South African Police say they have one suspect they are trying to trace. Police spokesman said they would soon make an arrest of the first attacker.

Police spokesperson Captain Dineo Koena confirmed a 31-year-old woman died in the early hours of Tuesday. And her husband received serious knife wounds to the stomach. 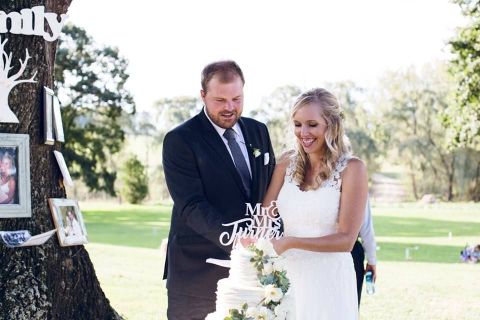 The army is currently on the streets in townships on the outskirts of Cape Town. Cops say they are hunting one suspect and his arrest is imminent. The second attacker is still at large. Karen’s older brother Ian Crouch told the media that he spoke to his brother-in-law when he came out of life-saving surgery. This was after Matthew went to Pietermaritzburg Hospital.

“Matthew’s memory was that he woke up to stabs in the stomach. The stabs came from a guy on his side of the bed. And there was another chap stabbing my sister," he said.

“He said he managed to sort of grab the guy and there was a tussle down the stairs.”

Mr. Crouch drove to the scene which he described as a “blood bath”. He said the balcony door was open, the windows on latches as it was a hot night, and there was no forced entry. He confirmed that nothing was stolen or missing and their mobiles were by their bed. Timber merchant Mr. Crouch also said his sister, who was a primary school teacher, was about three months pregnant. And she died a day after celebrating her 31st birthday.

The couple had just bought a home together in Underberg on the farm that Matthew managed. They married in July 2017 and Hayden was born four months later.

Friends Of The Couple Not Spared 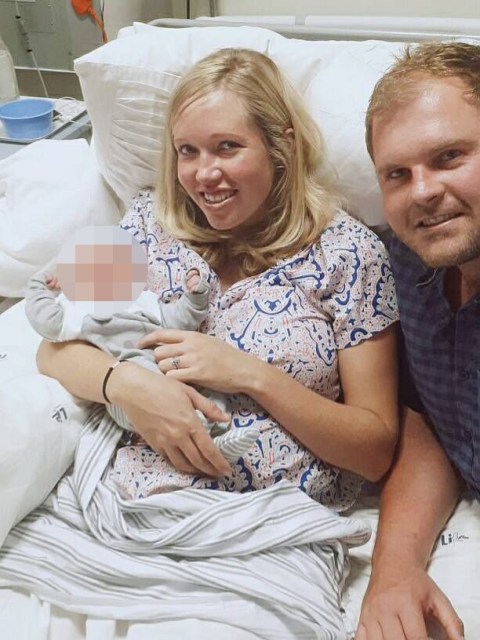 Friends who were on holiday with them were woken by the sounds of a struggle and Hayden screaming. Eastern Cape Parks and Tourism Agency CEO Vuyani Dayimani said: “The two guests were booked in from Monday to Thursday and police were called after a stabbing incident.

“The police have confirmed one visitor passed away and another is in hospital.

“As an agency who manages the reserve, we are shocked that his taken place in one of our flagship coastal reserves as the safety and security of our guests is our key priority”.

A family friend of the couple’s child Hayden was fortunately unhurt in the horror attack.

Mr. Turner flew to the hospital. But the doctors couldn't save his wife and their unborn child.

Read Also: Check Out The African Countries Included In Most Dangerous Places To Live