Prince Harry and Meghan Markle step back from their role as "senior" members of the royal family. Also, they will now work and be financially independent.

The decision of Prince Harry and Meghan Markle to step back from royal life by relinquishing their statuses as 'senior members' of the Royal Family" came as a shock to many.

In a statement released on Instagram, the Duke and Duchess of Sussex announced that they would now be financially independent and split their time between Britain and North America. However, the Queen released a statement saying "Discussions with the Duke and Duchess of Sussex are at an early stage. We understand their desire to take a different approach. But these are complicated issues that will take time to work through." 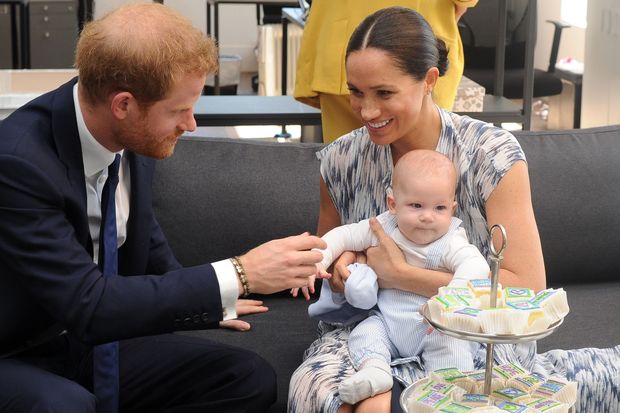 One of the possible reasons that made the couple arrive at such a decision could have been the long clash between the British tabloids and the couple. In a documentary, the emotional couple revealed some of their struggles, both with the Royal Family and the British media.

Prince Harry spoke out against the tabloids for their "ruthless campaign" against his wife. "I’ve seen what happens when someone I love is commoditized..." he said. "I lost my mother and now I watch my wife falling victim to the same powerful forces."

Eventually, the couple sued Associated Newspapers after they published a private letter written by Meghan Markle. The charges included misuse of private information, infringement of copyright and breach of the United Kingdom's Data Protection Act 2018.

The couple notes that their move to step back is to carve out a "progressive new role". Also, they will continue to support the Queen.

After many months of reflection and internal discussions, we have chosen to make a transition this year in starting to carve out a progressive new role within this institution. We intend to step back as ‘senior’ members of the Royal Family and work to become financially independent, while continuing to fully support Her Majesty The Queen. It is with your encouragement, particularly over the last few years, that we feel prepared to make this adjustment. We now plan to balance our time between the United Kingdom and North America, continuing to honour our duty to The Queen, the Commonwealth, and our patronages. This geographic balance will enable us to raise our son with an appreciation for the royal tradition into which he was born, while also providing our family with the space to focus on the next chapter, including the launch of our new charitable entity. We look forward to sharing the full details of this exciting next step in due course, as we continue to collaborate with Her Majesty The Queen, The Prince of Wales, The Duke of Cambridge and all relevant parties. Until then, please accept our deepest thanks for your continued support.”

What Does This Mean For Them Now?

Does this mean they are no more royals? No, they still are. However, as working royals, they will no longer receive income from the monarchy.

Read also: Meghan Markle's Struggle With Balancing Motherhood And The Challenges Of Royalty