Stages Of The Flu: How Long Does It Take To Recover? Here's how you can tell if it's just a common cold or you've caught the flu and how you can prevent it.

The world is currently focused on the Coronavirus,  its spread and how to keep ourselves and our families safe from the disease. However, a report from NPR reveals that the coronavirus is not the only respiratory illness we should be worrying about. Currently, there is an outbreak of influenza, commonly called the flu, in the United States. Within the current flu season which is counted from October (2019), the Centers for Disease Control and Prevention reports that 150000 Americans have been hospitalized and over 8,000 deaths resulting from the infection. In this article, we address everything you need to know about influenza, the different stages of flu and how to protect yourself from this viral infection.

Influenza, commonly called the flu, is a respiratory disease that often appears with common cold symptoms. However, it is a viral infection that is highly contagious through contact with fluids from coughs and sneezes. When contacted and left untreated, it can lead to serious complications and even death especially when it infects high-risk people like children aged 6–59 months, the elderly, individuals with specific chronic medical conditions such as HIV/AIDS, asthma, and chronic heart or lung diseases, and health-care workers.

Yet, most people tend not to take it seriously because of how mild the symptoms can be. For some, the flu is simply a small everyday inconvenience that time can take care of. It is true that your immune system is designed to fight the flu, and it always tries to do so, but there’s only so much it can do.

Do I have the flu or is it a common cold? 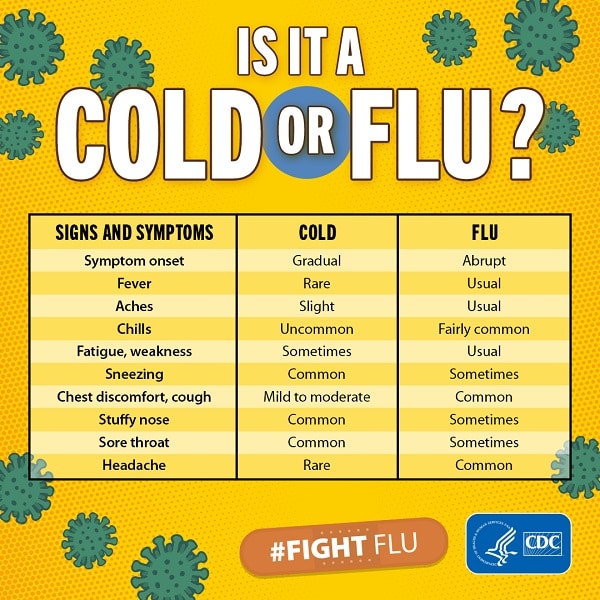 One of the reasons why most people don’t take the flu very seriously is that they assume the flu and common cold are the same.  As a result of sharing some similar symptoms, they do not see a need to vaccinate themselves against the flu. But the common cold’s major symptoms are a runny or stuffy nose, and it does not lead to any major health complications. However, people who have flu often feel some or all of these symptoms:

While it is possible to recover from the flu, it could lead to pneumonia and trigger other health complications like asthma, inflammation of the heart and more. In the United States alone, the flu is responsible for—surprise, surprise—between 12,000 and 61,000 deaths each year. Some of these deaths were actually preventable if people were more aware of the implications.

What are the different stages of the flu?

While the flu won’t affect everyone the same way, we will take you through its day to day progression. These stages of the flu will show you how it gets worse in most people and leads to severe health complications in the end. 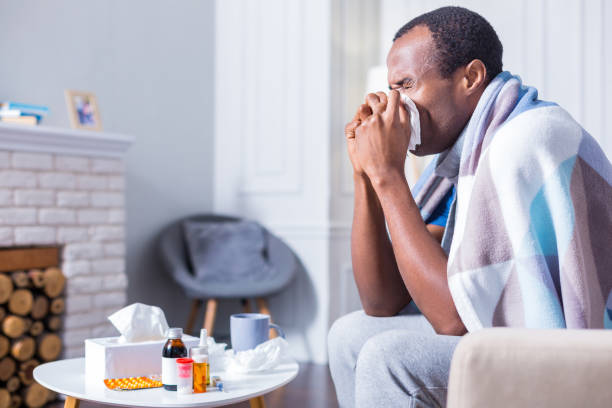 There’s often a misguided belief that until you show symptoms of the flu, someone else wouldn’t be able to catch it from you. That is simply not true. Day zero is the day before you start to show real symptoms and at this point, you are able to spread the virus around.

This is the day you wake up with common symptoms of flu like cough, sore throat, and fever. At this stage, most people ignore the symptoms, waiting to see how tomorrow goes because they don’t want to spend money on something they think could go away on its own. Asthmatic patients are more likely to face complications from the flu.

At this point, you may have been kept up by constant coughing the previous night and your inhaler didn’t do much for your asthma. The symptoms are worsening and it’s making you miserable. You figure you can buy some medicine from the pharmacy, so you pop in and get some cough medicine.

On this day, nothing is improving despite taking the cough medicine. You are feeling so tired, your cough has worsened, your throat is hurting, and you’re running a fever. Now you’re in doubt, so you walk into a clinic, and you’re finally given an antiviral medication, Relenza. If you are asthmatic, Relenza will make your symptoms worse The nurse knows this, but she doesn’t know you have asthma, and you too don’t know that Relenza is bad for people with Asthma. Things become much worse from there.

Back at the clinic, the nurse realises somehow that you have asthma, or you inform her, and tells you to discontinue Relenza and to take Tamiflu instead. But the next three drugstores you visit don’t have Tamiflu. Even without the Tamiflu, you’re beginning to feel better, but you don’t know that that’s because flu patients normally feel better on the fourth day.

The fever is gone and the cough is getting better, so you don’t bother to go check if Tamiflu is now available at the pharmacy. It is expensive, and so you think, what difference would it make at this point when things are already better? You stay back at home and relax.

Today you’re still feeling tired but the fever is gone and you’re breathing easier. You wear your trainers and go out for a jog, but you’ve not gone very far when you start to feel tired because you’ve not fully recovered. Back home, you sleep for some time and after that, you’re feeling fine, so you step out to see a friend of yours.

You’re moving around freely as though you’ve fully recovered, but by evening you run another high fever and start to vomit. However, in addition to the cough there’s chest pain now.

Everything is worse now and you can’t even move an inch, let alone to school or work. You’re so frustrated because you thought you were getting better. After a short period of coughing and vomiting, you might find yourself in an emergency room diagnosed with pneumonia.

Prevention: How can I avoid getting the flu?

For prevention, doctors recommend yearly vaccination against the flu for everyone from six months of age. The vaccine is not 100 per cent foolproof, but it goes a long way in the prevention of the flu.

If you feel you are experiencing the stages of flu, see your doctor immediately, especially if you have symptoms like sudden dizziness, difficulty breathing, chest pain, confusion, severe vomiting and fever with a rash. Keep in mind that a major way to contract the flu is through the hands. From handshakes to doorknobs and touching dirty surfaces, make sure to always wash your hands properly.

Here’s the right way to wash your hands: