10 Foods And Drinks For When Stomach Flu Strikes

The stomach flu (gastroenteritis) is an infection of the stomach and intestines. Though it is referred to as the "flu" it is not the same as influenza. Influenza does not always affect the gastrointestinal tract, and most influenza symptoms involve the respiratory tract. Stomach flu, what to eat?

The primary symptoms of the stomach flu include nausea, vomiting, diarrhea, stomach cramping, and abdominal pain. Fortunately, some foods and beverages may help settle your stomach. They'll also prevent further complications, and help you bounce back faster. Here are 10 foods and drinks for when you have the stomach flu.

What should you eat or drink if you have the stomach flu? 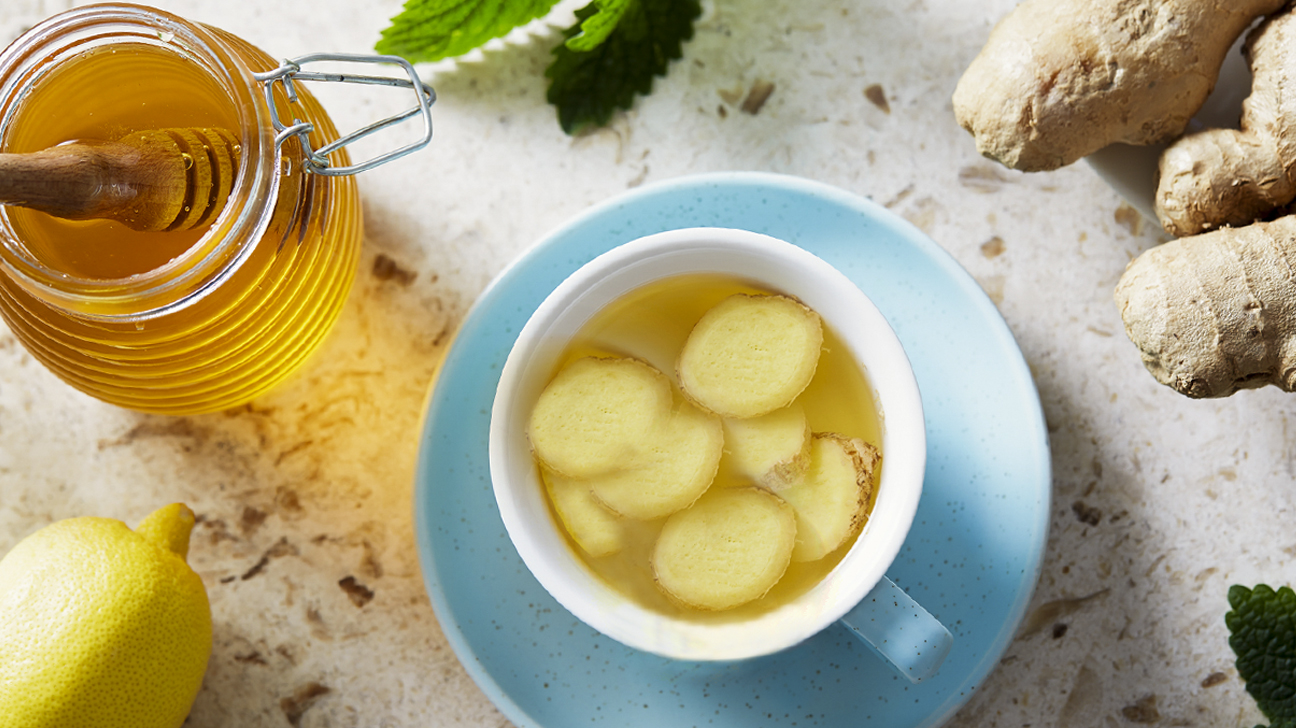 The most common complication of stomach flu is dehydration. When the virus strikes you, it can be difficult to keep anything down, including water and other liquids. Sucking on ice chips is a great place to start, as it prevents you from consuming liquids too quickly. This may help you keep fluids down and stay better hydrated in the early stages of the stomach flu.

BRAT stands for Bananas, Rice, Applesauce, and Toast. These foods are bland and binding, which can make your stools more firm. Bananas also contain potassium which can help replace nutrients lost from vomiting and diarrhea. Health professionals commonly recommend these bland foods for stomach complaints, as they’re gentle on your stomach. Keep in mind that the BRAT diet alone will not provide your body with all the nutrients it needs.

Caffeine-free teas can help replenish lost fluids. And some varieties, such as peppermint, may calm the stomach, and ginger, may help ease nausea. Add lemon to get a little extra vitamin C. Avoid caffeine as this can act as a diuretic, making you urinate and lose fluids you need to hydrate.

Some people report this helps ease nausea and stomach upset.

Both these spices are reported to help relieve symptoms of gastroenteritis.

Diarrhea and vomiting are the main symptoms of the stomach flu. They can quickly lead to dehydration if lost fluids aren’t replaced. Clear liquids are mainly composed of water and carbs, making them easy to digest. Some options are:

Keep in mind that fruit juices and sports drinks can be very high in sugar. So it’s important to not drink too much of these beverages at once.

Electrolytes are a group of electrically-charged minerals that aid critical bodily functions, such as blood pressure regulation and muscle contraction. Replacing lost fluids and electrolytes is the cornerstone of stomach flu treatment.

Ginger is commonly used to alleviate nausea, a primary symptom of the stomach flu. Several studies have found that ginger helped reduce nausea in pregnancy, cancer treatment, and motion sickness. Ginger is available fresh, as a spice, or as an ingredient in teas, ginger ale, and candies. Meanwhile, concentrated amounts of this spice can be found in syrups, capsules, and tinctures.

However, it may be best to avoid concentrated sources, as ginger may cause diarrhea when taken in high doses. Instead, try freshly grating ginger root into a soup. Or brew it in tea to potentially relieve nausea during the stomach flu.

When experiencing diarrhea, we recommend soups as a first choice when transitioning back to eating. Broth-based soups like different flavored pepper soups have very high water content. This can help with hydration during a bout of stomach flu. They’re also an excellent source of sodium, an electrolyte that can quickly become depleted with frequent vomiting and diarrhea.

For example, 1 cup (240 ml) of standard chicken pepper soup is about 90% percent water and provides roughly 50% of the Daily Value (DV ) for sodium.

Eggs are a nutritious choice when you’re ill with the stomach flu. When prepared with minimal added fat, dairy, and spices, eggs are easy on your stomach.

They’re also an excellent source of protein, with 6 grams per large egg. They also provide other nutrients, like B vitamins and selenium, which is a mineral that’s important for your immune system. Avoid frying eggs in oil, butter, or lard, as high amounts of fat may worsen your diarrhea.

When hit with the stomach flu, replenishing fluids is a top priority. Beverages aren’t the only option for hydration. In fact, many fruits are 80–90% water. The following are some of the fruits highest in water:

Fruits also provide an abundance of vitamins and minerals, such as potassium and vitamins A and C.

Lean poultry and meats may be better tolerated than high-fat options when you have the stomach flu. Lean choices include:

Avoid frying the meat and instead opt for baking, roasting, or grilling to help keep the fat content low and prevent further aggravating your upset stomach.