Addiction To Selfies: A Mental Disorder? If you take six or more selfies per day, you've got it bad, a new study says.

In 2014, there was a viral story online. It reported that the American Psychiatric Association (APA) had coined “selfitis” as a new mental disorder. It was for people who obsessively shoot and share selfies online. That story turned out to be a hoax, but it sparked new research. Three years later, it became official, selfitis is real. This means there's an established relationship between taking selfies and mental illness.

The American Psychiatric Association actually confirmed that taking selfies is a mental disorder. They go as far as to term the condition “selfitis”. The APA defines it as: “the obsessive-compulsive desire to take photos of one’s self and post them on social media; as a way to make up for the lack of self-esteem and to fill a gap in intimacy.” They have categorized it into three levels: borderline, acute, and chronic.

We all know that certain someone who is intent on capturing every waking moment with a duck-faced selfie. They even have that one specific expression set aside. They're ready to plaster it on in a whim the very second there's a phone in hand.

It never seems concerning until you look through a compiled, endless list of someone’s Instagram selfies. And even then, it could be more fun than worrisome.

How Extreme Is Your Selfitis?

Researchers of the Thiagarajar School of Management in Madura, India, and  Nottingham Trent University in Nottingham, UK, have published a new paper in the International Journal of Mental Health and Addiction. It's titled “An Exploratory Study of ‘Selfitis’ and the Development of the Selfitis Behavior Scale.”

The researchers created a Selfitis Behavior Scale (SBS). It is supposed to classify selfie-obsessed people into degrees of exhibiting selfitis.

First, the researchers came up with a set of factors that drive people to shoot selfies obsessively: 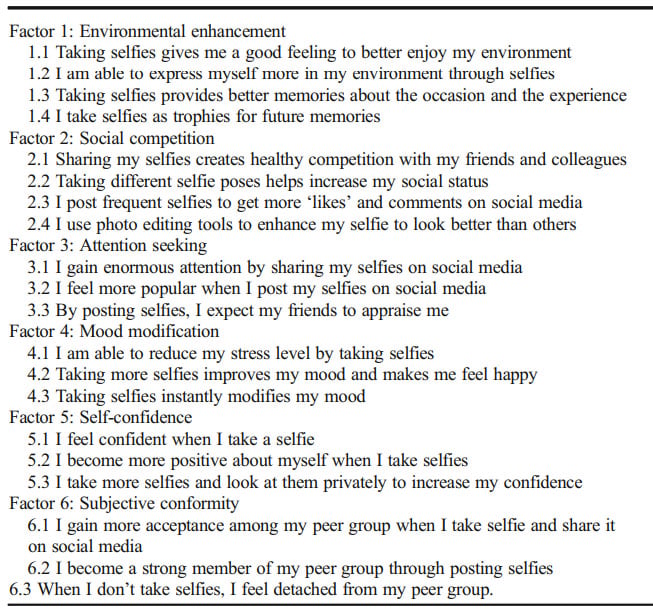 They then found 225 students from two schools in India universities and classified them as borderline, acute, and chronic — three proposed levels of selfitis in the 2014 hoax.

Of the participants, 34% were borderline, 40.5% were acute, and 25.5% were chronic. It turns out that men exhibited selfitis at a higher rate than women — 57.5% compared to 42.5%, respectively. Younger people in the 16-20-year-old age group were also the most susceptible.

9% of participants shot more than 8 selfies every day and 25% shared at least 3 of those selfies on social media. 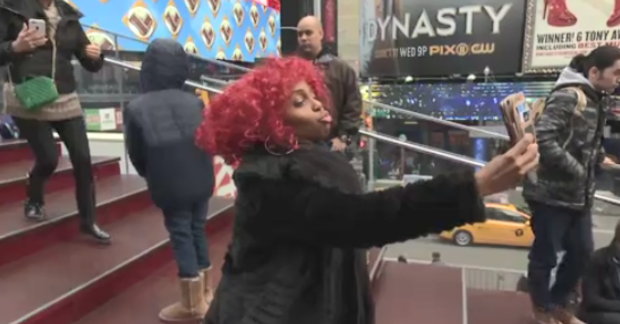 You take up to three selfies a day, but do not post them on social media. Consider yourself borderline selfitic.

If you’re posting at least three images of yourself a day, that’s acute selfitis.

Lastly, if you’re experiencing an uncontrollable urge to take and post up to six photos a day, congratulations. You have chronic selfitis.

“Typically, those with the condition suffer from a lack of self-confidence and are seeking to ‘fit in’ with those around them and may display symptoms similar to other potentially addictive behaviours,” Balakrishnan tells the New York Post. “Now the existence of the condition appears to have been confirmed, it is hoped that further research will be carried out to understand more about how and why people develop this potentially obsessive behaviour and what can be done to help people who are the most affected.”

Psychiatrists treat patients in the same way they’d treat any addict – minimizing exposure to the addiction and breaking down your dependence on it. This calls for a reality check. To do away with digital narcissism. To live with social media and not live through social media.

It seems rather comical that your psychiatrists would take your phone away for intervals of time. First for 10 minutes, then for 30 minutes and so forth. Is that really so difficult? But when you pause to think about it, when was the last time you went an hour or two (or maybe even 10 minutes) without touching your phone?

Speaking on the selfie craze, this comment summarizes it well: What a tragic waste of engagement. Enjoy the moment. Do something more worthwhile with your time, anything. Stare out the window and think about life

So if you find yourself snapping away and capturing life through the lens of your camera, add a new perspective. Work to minimize your social media presence, take in the best of life’s moments without the need to seek approval or commentary from others. Live your own life – don’t live before the eyes of others.