How To Cope With Your Stomach Ulcer In Pregnancy Look out for nausea and vomiting, bloating, weight loss, and dark stools (due to bleeding in the stomach)

Pregnancy is generally not easy on the stomach. There’s reflux, nausea, and heartburn. So, if you already suffer from a stomach ulcer, you may feel concerned that things are about to get a whole lot worse with your ulcer in pregnancy.

The good news is you have nothing to worry about. Research shows that pregnant women experience fewer ulcer symptoms. So if you have a pre-existing issue, you may find that you suffer less while your baby is on board. More good news is that you’re also less likely to develop an ulcer during this time.

Symptoms Of Ulcer In Pregnancy

You may just be one of those unlucky ladies whose pregnancy hormones are playing havoc with an ordinarily well-behaved digestive system. However, you may be at risk of developing an ulcer if the lining of your stomach has deteriorated in certain areas. This is usually caused by excessive secretion of stomach acid, or because you have too much Helicobacter Pylori bacteria.

If you suspect that your symptoms aren’t normal, it’s probably best to consult your doctor. Look out for the following: 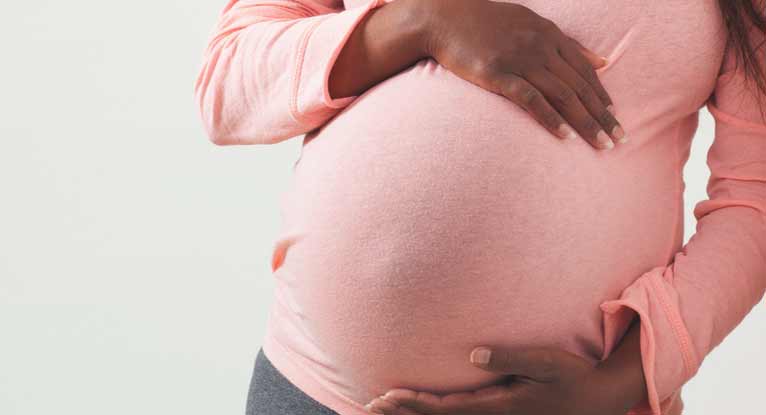 The only way to determine if your complaints are due to the development of an ulcer is through a fairly invasive procedure called an Esophagagastruduodenoscopy. Huge word, we know! But your doctor will not recommend this unless your symptoms are especially severe. Also, when there are (Peptic Ulcer Disease)PUD-associated complications viz. Haemorrhages or Gastric outlet obstruction, this diagnosis works best.

Your best option to control those nasty sensations is by modifying your diet. You should cut down on acidic foods like tomatoes and citrus fruits.

Chocolate and fatty foods are also on the no-go list, as is milk, as they stimulate acid production.

Medication may help, but ask your doctor about what’s allowed and what’s not while you are pregnant. If you’re already on treatment for an existing ulcer, you can probably continue with it – most are safe during pregnancy. Antacids are also allowed, but watch out for preparations containing bicarbonate, which may harm your growing baby.

Some of these tricks also may help:

If you are suffering from Peptic Ulcer Disease while pregnant, then you should avoid food that aggravates the disorder. Here are some food items that you should avoid if you have PUD or if it is suspected:

If you are pregnant and suffering from Peptic Ulcer Disease, then avoid non-steroidal anti-inflammatory drugs or NSAIDS, as they are harmful to you as well as your growing baby.

Consuming alcohol is harmful for your growing baby. However, if you have a PUD, then it is all the more necessary that you avoid alcohol consumption as it will further deteriorate your digestive system.

Smoking is harmful to your lungs as well as for your developing fetus if you are pregnant. Also, if you are suffering from Peptic ulcer disease during pregnancy, then quit smoking or else it might lead to nasty complications and affect your unborn baby.

Did you also suffer from Stomach or peptic ulcer in pregnancy? Drop a comment below.