Here's Everything You Should Know About A Uterine Rupture Millions of women all over Africa give birth to healthy babies, but not all their deliveries go smoothly. Sometimes, there are complications and one such complication is an uterine rupture. A uterine rupture is a pregnancy complication that can happen during vaginal birth. The mother's uterus tears in such a way that her baby slips into her stomach. Naturally, this can result in a lot of bleeding for the woman; her baby could also suffocate in her abdomen. This pregnancy condition is very rare, but it is extremely serious. 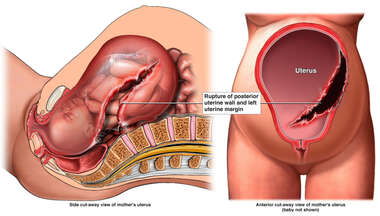 As the baby moves through the mother's birth canal during labour, pressure builds up. This pressure can make mummy's uterus tear. Many times, it tears along the scar of a previous Caesarean section. There are situations that increase your risk of having this pregnancy condition. We've listed some of them below:

What are the symptoms of a rupture in the uterus? 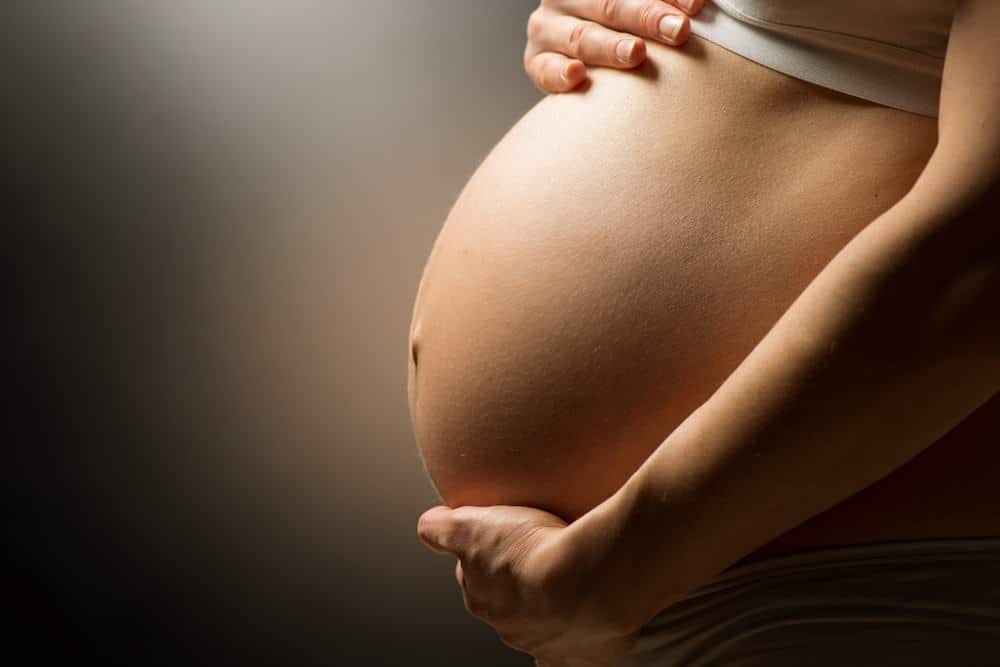 This is a list of several symptoms that are linked to ruptures in the uterine wall. They include:

The rupture causes severe, constant pain in the abdomen and an abnormally slow heart rate in the foetus.

What are the risks of uterine rupture?

A uterine rupture is life-threatening for both the mother and the baby. In the mother, uterine rupture can cause serious bleeding, or haemorrhage. But if it happens in a hospital, it becomes easy to save the woman's life from bleeding.

Uterine ruptures are usually a much greater health concern for the baby. Once doctors diagnose a uterine rupture, they must act quickly deliver the baby. If the baby isn’t brought out within 10 to 40 minutes, it will die from a lack of oxygen.

How is this condition diagnosed?

Uterine rupture happens suddenly and can be difficult to diagnose because the symptoms are often nonspecific. If doctors suspect uterine rupture, they’ll look for signs of a baby’s distress, such as a slow heart rate. Doctors can only make an official diagnosis during surgery.

How To Treat Uterine Ruptures

If a uterine rupture causes major bleeding, your doctor may need to remove your uterus to control the bleeding. After this procedure,you can no longer become pregnant. Women with excessive bleeding receive blood transfusions.

Also, you'll need surgery to pull the baby from your body. Doctors will improve the baby’s chances of survival by administering critical care, such as oxygen.

The only way to prevent uterine rupture is to have a caesarean delivery. You cannot fully avoid it if you're having a vaginal birth, especially one after a caesarean section.

A uterine rupture shouldn’t stop you from choosing vaginal birth. However, it’s important to discuss all of your options with your doctor so that you make the best decision for you and your baby. Make sure your doctor is familiar with your medical history, and is aware of any previous births by cesarean section or surgeries on your uterus.

Also read: How To Choose A Hospital For Delivery As A Man Loses Wife To Botched C-Section