"How I Ended Poverty In My Family" - Victor Osimhen Super Eagles striker Victor Osimhen has narrated how his emergence as a professional footballer saved his family members from difficulties.

The Nigerian striker plays for Lille in Ligue 1. He shared how tough life was for his family. This was after his mother’s death and father’s joblessness. 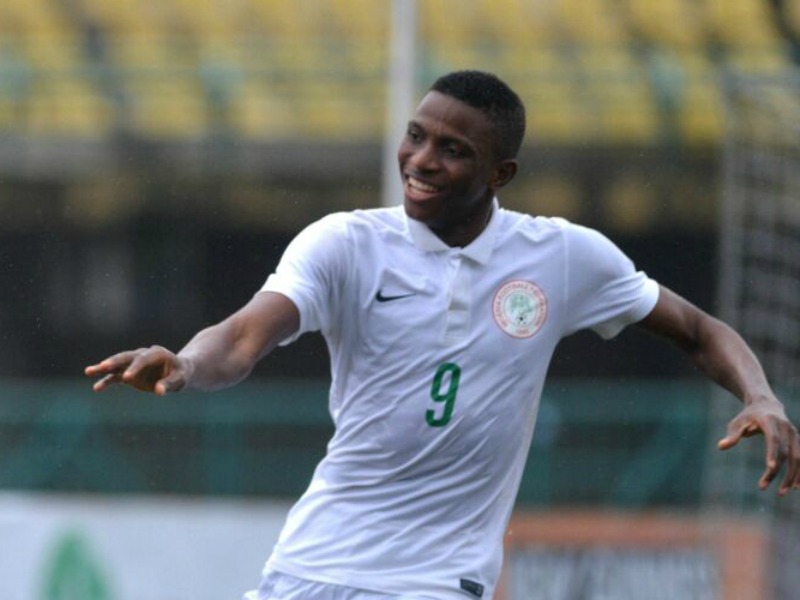 According to him, his father lost his job three months after his mother died. To survive, Osimhen said his brother hawked sports newspapers, while his sister sold oranges in the street. The 20-year-old player also said he earlier sold bottled water in Lagos traffic to help his family survive. To also survive, the footballer narrated that he once joined his friends to scavenge for crampons and shoes at the former Olusosun dumpsite in Oregun-Ojota area of Lagos.

Victor Osimen is now a successful professional footballer. He can now afford to give his family what they deserve.

After becoming successful in his career as a professional footballer, Osimhen said his family is now living the life they deserve. Victor Osimhen didn’t state how large his family members live at present. But he said his father and siblings now have enough to eat.

“It was very difficult, when I lost my mother, it became tougher after my father lost his job and everything was very hard for us.

“We did not have enough to eat, but now I can give my family everything they want since I became a professional. I’ve been able to quickly break the deadlock and give them the life they deserve,” Osimhen told BeIN Sport.

After helping Nigeria lift the 2015 FIFA U-17 World Cup in Chile, he decided to move. Osimhen sealed a move to Bundesliga side Wolfsburg where he played 14 top-flight games in two seasons.

He struggled to establish himself in the German city and thus, secured a move to Belgium. While in Belgium, he played the entire 2018/19 season and scored 12 goals in 25 league matches.

Subsequently, Lille signed him on as Nicolas Pepe’s replacement, who had moved to Arsenal in the off-season.

With seven goals in nine Ligue 1 matches so far this season, Osimhen has apparently found his feet in France.