Understanding What Causes Seizures In Children

Fever or high temperature is one of the most common causes of seizures in children.

A seizure occurs when the brain functions abnormally, resulting in a change in movement, attention, or level of awareness. There are several reasons why a child would have a seizure. So what causes seizures in children? Find a list of causes below:

What Causes Seizures In Children?

Although seizures have many known causes, for most children, the cause remains unknown. In many of these cases, there is some family history of seizures. The remaining causes include infections such as meningitis, developmental problems such as cerebral palsy, head trauma, and many other less common causes.

About one-fourth of the children who are thought to have seizures are actually found to have some other disorder after a complete evaluation. These other disorders include fainting, breath-holding spells, night terrors, migraines, and psychiatric disturbances.

The most common type of seizure in children is the febrile seizure, which occurs when an infection associated with a high fever develops.

Lack of oxygen, head trauma, or illness could bring on seizures. Children are diagnosed with epilepsy when they have seizures that occur more than once without a specific cause. In most cases, the cause of the seizure can't be identified. This type of seizure is either "idiopathic" or "cryptogenic," meaning that we don't know what causes them. The problem may be with an uncontrolled firing of neurons in the brain that triggers a seizure.

Other reasons for seizures are these:

How Common Are Seizures in Children?

According to the CDC, a small percentage of all children have a seizure when younger than age 15. One-half of the seizures in children are febrile seizures (seizure brought on by a fever). Only one of every 100 children has epilepsy-recurring seizures.

What Causes Seizures In Children: Symptoms 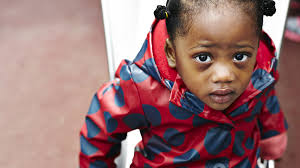 Seizures in children have many different types of symptoms. A thorough description of the type of movements witnessed, as well as the child's level of alertness, can help the doctor determine what type of seizure your child has had.

Simple febrile seizures are the most common. They're usually over in a few minutes, but in rare cases can last up to 15 minutes. During this type of seizure, a child may:

Complex febrile seizures last longer than 10 minutes, happen more than once in 24 hours, and involve movement or twitching of only one part or one side of the body.

If Your Child Has a Seizure

First, make sure that your child is in a safe place where he or she can't get hurt. Place your child on the ground or floor in a safe area, preferably on his or her right side. Also:

Once the seizure seems to have ended, gently comfort and protect your child. It's best for kids to remain lying down until they have recovered fully and want to move around.

There’s no guaranteed way to prevent seizures. This is primarily because doctors are not very sure what exactly brings on an episode. But you can do the following things as a matter of personal precaution.

Use paracetamol or ibuprofen and take off extra clothing. Sometimes a convulsion will be the first sign of a fever. Paracetamol doesn’t reduce the risk of convulsions. Give fever medicine as prescribed by your child's doctor.

The body loses heat through the skin. If you bundle up your child, the excess heat cannot escape.

Put him or her in a shallow bathtub containing 2 to 3 inches of water and drip water over his or her body. Do not use alcohol or cold water to bring down your child's fever. If your child begins shivering or shaking in the bathtub, stop sponging and remove him or her from the bathwater.

While your child has a fever, give plenty of fluids to prevent dehydration. Constant hydration will quell the fever and ultimately keep the convulsions away.

The ideal prevention is to generally avoid causes or triggers of convulsions. If your child has a lot of convulsions, your doctor might rarely consider prescribing anti-convulsant medication. Your child would need to take this medication continually for several years to prevent convulsions. But this is a rare treatment, which a paediatrician would supervise.