What Does Caffeine Do To A Pregnant Woman? Caffeine is a stimulant that provides a boost of energy and makes you feel more alert.

Caffeine is a stimulant that provides a boost of energy and makes you feel more alert. All over the world, people take caffeine in their coffee, tea, and even some soft drinks. But coffee and tea are two of the most popular sources. While caffeine is considered safe for the general population, health authorities advise limiting your intake when expecting. But why? What does caffeine do to a pregnant woman? Let's explore the question below:

Is It Safe? What Does Caffeine Do To A Pregnant Woman? 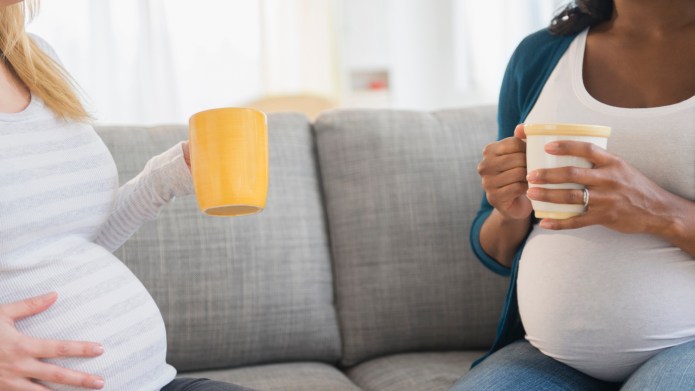 For many people, caffeine has favourable effects on their energy levels, focus and even migraines. Also, some caffeinated beverages offer health benefits. But caffeine can cause negative side effects in some and may pose risks during pregnancy.

There are some health care providers who will encourage you to give it up altogether while others will give you an OK for limited consumption. It is always best to consult your doctor before making a decision on your own.

So yes, you can still enjoy a mug of coffee every now and then during your pregnancy. Just make sure that you don’t have more than 200mg of caffeine in a day. That’s about two mugs of instant coffee or one mug of filter coffee.

If you regularly have more than 200mg of caffeine a day while you’re pregnant, you’ll have a higher risk of having a baby with low birth weight. Babies born with a low birth weight are at increased risk of health problems when they get older.

There is also evidence that regularly drinking lots of caffeine in pregnancy increases your risk of miscarriage. The risk is still low though.

This 200mg limit includes all sources of caffeine. So as well as coffee, you’ll need to count teas (including green tea), cola, energy drinks, and chocolate.

What Are The Risks of Consuming Caffeine In Pregnancy?

As a stimulant, caffeine tends to increase your blood pressure and heart rate. Both of these effects should generally be avoided during pregnancy. Caffeine also tends to increase the frequency of urination, thus causing a decrease in body fluid levels and resulting in possible dehydration.

Although you might be able to safely process your own intake of caffeine, your baby does not have the same ability because its metabolism is still maturing. Even a small amount of caffeine can cause changes in your baby’s sleep pattern or normal movement pattern in the later stages of pregnancy. Remember, because caffeine is a stimulant, it can keep both you and your baby awake.

Caffeine is not only found in coffee but also in tea, soda, chocolate, energy drinks, and some over-the-counter medications (many migraine medicines contain caffeine). So, it is important to be aware of what is in your food and the beverages that you consume.

Caffeine can cause birth defects, preterm delivery, reduced fertility. And it can increase the risk of low birth weight and other reproductive disorders. Although studies on humans are inconclusive at this time, it is better to play it safe when it comes to the health of your baby. Usually, these are brought on by high intake over an extended period of time.

Some studies have shown a link between high levels of caffeine consumption and delayed conception. This is why we suggest that women and their partners abstain from caffeine while trying to conceive.

The approximate amounts of caffeine found in food and drinks are:

Also read: 6 Things Afternoon Naps Can Do For Your Health