When you have a particularly heavy let down of breastmilk, it is possible that your baby chokes on his milk while breastfeeding.

Your baby chokes on milk when he takes more breast milk into his mouth than he can swallow at a time. Excess milk can spill into the airway and block the flow of air, which leads to choking. It is a frightening sight for any mother to see her baby coughing and sputtering milk while struggling to breathe. However, with a good understanding of how it occurs, it is possible to avoid this problem while feeding your baby.

Why Your Baby Chokes On Milk While Nursing 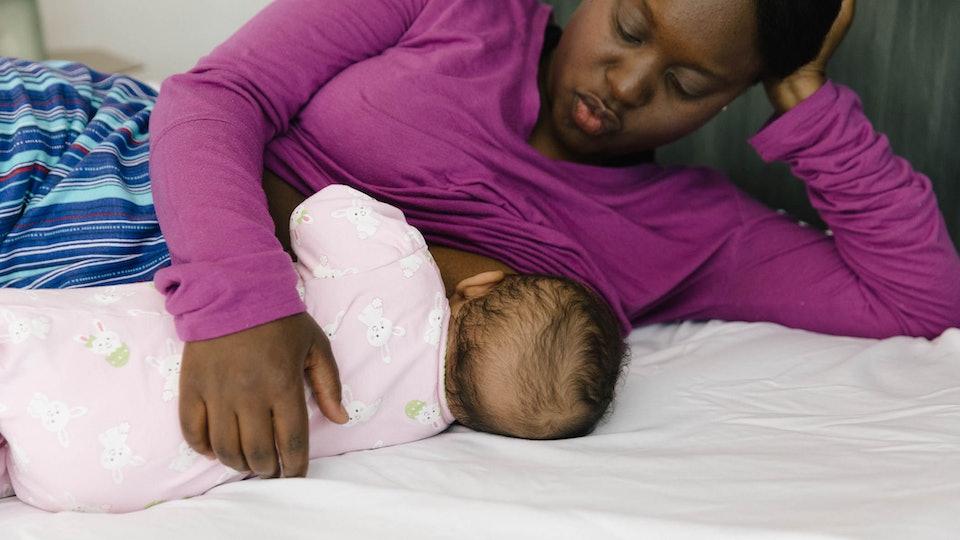 Since it's a bit counter intuitive, mothers wonder, can a baby choke on milk? They definitely can, under certain circumstances, and it is more common than you might think. Excess milk coupled with poor feeding positions is the most common reason why babies choke while feeding. Here are two ways that this happens:

Although some nursing mothers prefer excess breast milk to having insufficient milk supply, it carries its own set of discomforts for both the mother and the baby. An oversupply of milk means you will need to try different positions for a comfortable feed.

Excessive milk supply also leads to forceful let-downs in women who have a fast Milk Ejection Reflex. The milk releases from their milk ducts in a forceful, almost explosive manner. Look for these signs in your baby while feeding:

What to do when your Baby Chokes while Breastfeeding?

There are first aid methods that dislodge the milk from blocking the airways of a choking baby. Since babies have delicate bodies, you must do this with caution. Here are some tips for when babies choke on milk:

It’s important to note that if the baby doesn’t recover and becomes unconscious, he should be rushed to the nearest hospital, while still being administered the dislodging procedure.

How to Prevent your Baby from Choking while Breastfeeding There are several ways in which you can control an oversupply problem and prevent the baby from choking. Here are some tips on that:

Avoid choking in babies, while they are nursing, take precautionary measures before and during feeding.