She didn't consider quitting -- she even smiled as her finger was bandaged, before returning to the brutal military-style training. "I'm happy, that's why I am not crying. I'm trying to be an Akashinga girl," the 22- year-old said. The Zimbabwe women rangers, armed and dressed in khaki combat gear, track and arrest poachers in five reserves, all former trophy hunting areas, encompassing 4,000 square kilometres (1,545 square miles) near the Zambian border in northern Zimbabwe.

If recruited, Mutero would become one of an elite few -- out of 500 Zimbabwe women, only 80 will make it into the ranks of the Akashinga, or "brave ones" in the local dialect.

The Akashinga: The Zimbabwe Women Rangers

Being brave will certainly count in her job of helping to protect the wildlife against poachers who are often heavily armed.

But all the women are also "survivors", selected for the ranger recruitment programme for having overcome adversity, often abuse, in their past.

Mutero married young and moved to South Africa with her husband and daughter, where she was physically abused by her mother-in-law.

She returned to rural Zimbabwe to raise her daughter, alone and broke as her husband refused to send money.

"But now I am here to empower myself to take care of my child," she said, proudly talking of the importance of the country's wildlife and its conservation.

Mutero made it into the last 160 potential recruits, who faced a series of gruelling tests of their physical and mental strength in the Phundundu Wildlife Area.

Over several days, the women raced under the beating sun, wrestled each other and a dozen even lifted a giant tree trunk over their heads.

Only the toughest make the cut. 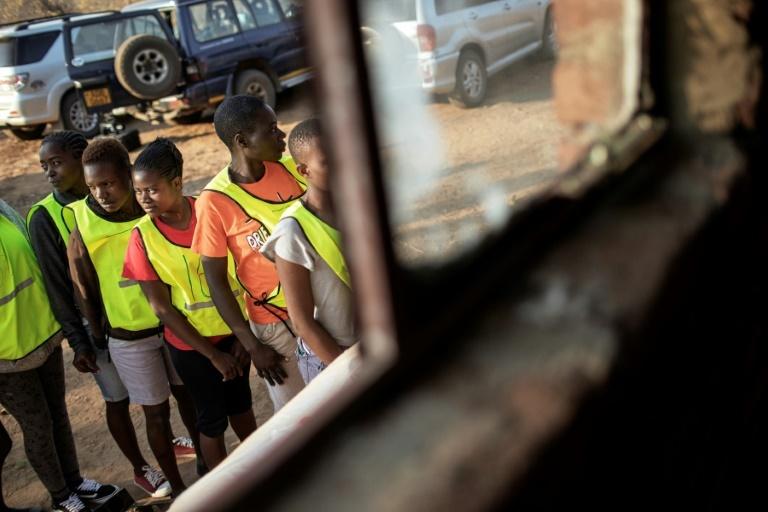 Damien Mander, 39, a former military sniper in the Australian army who also worked in the private security sector in Iraq, started the programme in 2017 as part of the non-profit International Anti-Poaching Foundation that he founded.

"We were trying to create an opportunity for the most marginalised women in some of the toughest regions, in one of the poorest countries on the continent," he said.

"We didn't want great CVs, actually we wanted scrappers. People that knew what it was like to have to fight to survive, and that's exactly what we got," he told AFP.

"What we didn't realise is we were getting the toughest."

Hardships faced by the women in rural Zimbabwe also steel them for life on the frontline against poaching, says one of the trainers Paul Wilson, also a former soldier.

"These guys are used to walking a long way with a 20-litre bucket of water on their head, spending all day digging or hoeing in the field, carrying large amounts of firewood... these girls know how to work," he said. 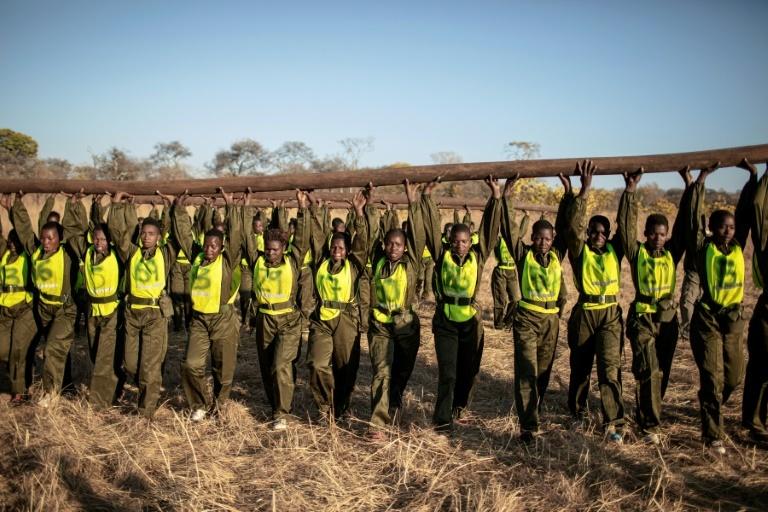 More than 'biceps and bullets'

Mander said that his time in Iraq had helped him understand that "law enforcement isn't about biceps and bullets".

It is more about establishing relationships and longterm ties with communities, he said, adding that the women also had the ability "to naturally de-escalate tension".

All Akashinga rangers come from villages near the area they patrol, so they can work with the locals and have a vested interest.

"We have gone from having anti-poaching units fighting against the community, to having a community fight for what we believe in," Mander said.

The Zimbabwe women rangers plough up to 90 percent of their earnings into their families and local community, compared to 30 to 40 percent for men, he added.

"The biggest thing that we've seen is we haven't had a single incidence of corruption with women," he said. 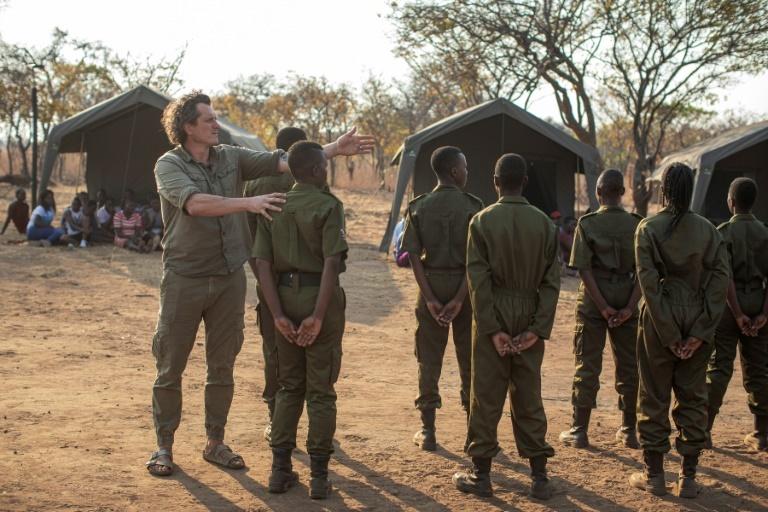 It has been working.

Before the Akashinga started patrolling the area, around 8,000 elephants were killed there over 16 years.

Since they arrived two years ago, elephant poaching has dropped 80 percent, according to the International Anti-Poaching Foundation.

These Zimbabwe women have made 115 arrests -- without them firing a single shot. But it is dangerous work.

"More and more poachers are coming in here with weapons and they are willing to kill elephants and the people that are protecting them." 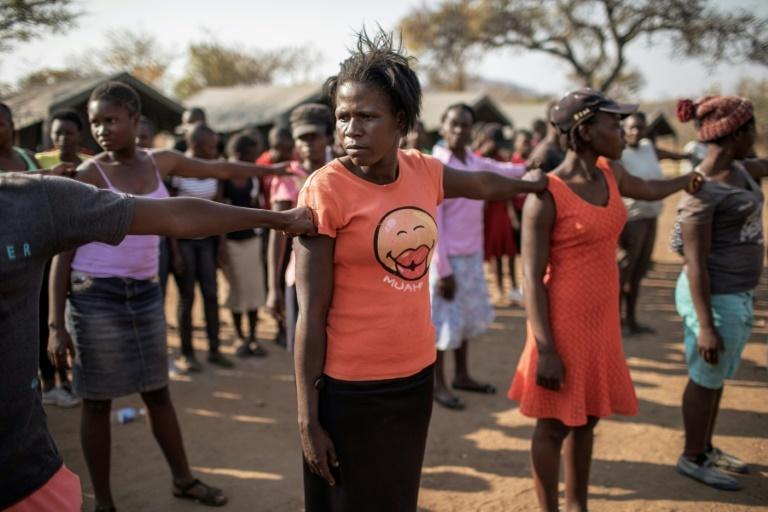 Ranger Juliana Murumbi, a member of the first Akashinga class, said that she had held her own against men during specialised training to become an instructor earlier this year.

"I managed to challenge the men in physical training, in the long run, the push-ups, the sit-ups, the drags," she said.

"So I think we are just the same because what they can do, I can do."

Nyaradzo Auxilia, another ranger, said that the programme was "totally transforming the standard of life of all women" involved, including herself.

"My husband used to abuse me. I can just simply say he was an abusive man. He was very violent to me," the 27-year-old said.

She fled with her child, and is now one of many Akashinga able to support themselves.

"They can now stand on their own. They can now not depend on someone else -- they can move on without being abused or facing that cruelty from the men," she said.

That's a future that Mutero can now look forward to -- despite the broken finger, she passed the test and next year will start the final six-month training programme to become an Akashinga ranger.